So Daddy and I have been married for 10 years. 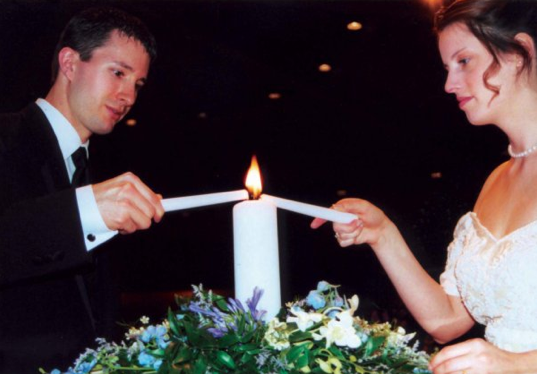 Goodness we look young! It doesn't seem that long ago, but it was.

We met in 1994. Both of us went to the same college. Daddy followed me around during orientation. Grandpa Spiehs said, "Do you think that guy will be our future Son-In-Law?"

We both went out with different people and stayed friends.

Sometimes you don't realize that you want something until it's gone, out of your life for the most part. I went to grad school and that's when I realized that Daddy was the one.

We were both seeing other people. I broke things off with the guy I was seeing and wrote Daddy a LONG letter. Yep I wrote a letter. Now one would send an email.

That poor girl Daddy was seeing was heart broken. It was all my fault.

Daddy made one of his first rings for me. I gave him a Cracker Jacks box that had a fake ring with a note attached that said, "Will you marry me?" We both in our own way asked each other the same question that day.

My something old were my Grandma's (Great Grandma to the boy's) pearls. My Grandma passed away so early that even my Dad (Grandpa Spiehs) doesn't remember her. My something new was my ring. My something blue were my Bridesmaids. They wore periwinkle dresses.

We kissed the longest kiss. Our car had "T & A" written on it. It stood for Travis and Alissa, but could be thought of as something else.

We stayed in a hotel for a few days. Then went on a road trip to Wyoming a year later for our honeymoon.

Daddy sent me these today at work:

I took them outside to capture them. The lighting is horrible in our building. 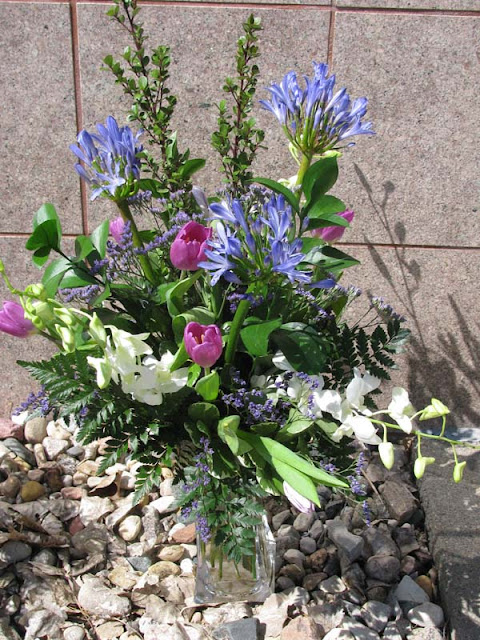 Here's a close up view. They were made to look like flowers from our wedding. 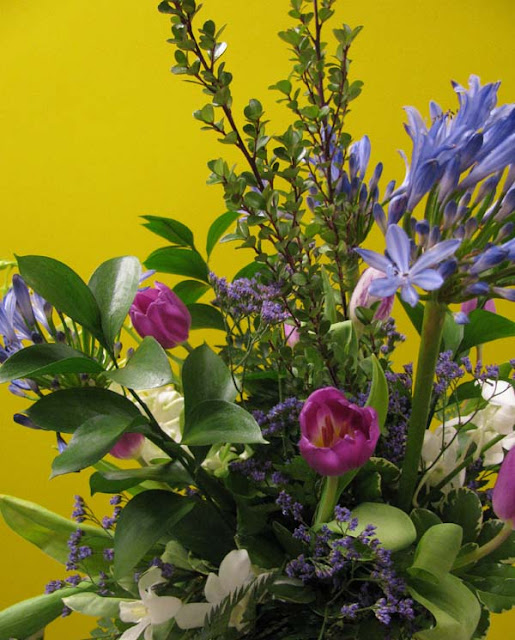 Happy Anniversary! And nothing wrong with a letter! Hopefully he has kept it all this time! It was a letter I mailed to my Hubs as well, when we had split up. I got really sick and was just wanting him next to me the whole time. That is when I knew he was the right man for me! I never wanted someone "there" for me when I felt bad. It will be 5 years for us in Sept!

Happy Anniversary! what a cute story :o) and your hubby is romantic for having the flowers made up to look like your wedding flowers. very pretty!
Enjoy your special day, and wishes for many more.

happy anniversary!
lol, t and a... that is funny