This weekend we went to a park to celebrate my birthday and Fathers Day. My birthday was on June 21st. Emerson's first birthday was that weekend. Then the next weekend we had a family get together at Great Aunt Marsha's house because my cousin was in town with their new baby. This weekend was the only weekend we could all swing getting together.

It was my idea to have a picnic. I thought it would work because the boys could play and run all they wanted to, no one would have to clean house and Grandpa Spiehs (for Father's Day) loves the outdoors.

The problem was is that it's been super hot out. Grandma Spiehs hates the heat and she was worried about the heat not being good for Emerson. This weekend we had a slight cool down. It was perfect!

I got a coffee grinder. I'm going to use it for grinding whole flaxseed as well. I walk during my lunch hour, so I've been wanting a pedometer. They got me one! I also got these cool decorating tools that almost look like dental tools. This should be fun to use around Christmas time and birthdays!

We ate, we walked, we played and we talked.

I was mostly focused on taking pictures for a review/giveaway coming up. Here are a couple shots:


Cousin Emerson smiling at his Daddy. 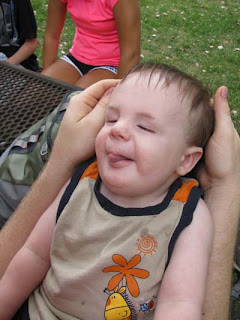 The boys on a walk with Grandpa Spiehs. 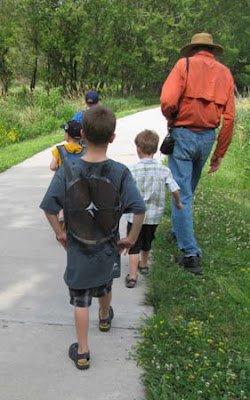 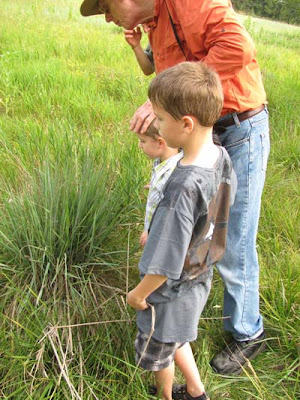 There were two highlights of the event.

1. Mica explaining to me what Japanese Beatles are. *NOTE: He calls them creatures from China. He's been hanging out with Grandpa Spiehs too much. LOL You've got to watch the video because it's hilarious!


2. The next highlight was when cousin Elijah (age 4) pulled down his pants to pee in the middle of a sort of populated play area. Kids! LOL
Posted by An Apel a Day at 10:48 AM