I know I usually try to cover newer bands/musicians. Today I'm not. Today I'm talking about a song that was written before I was born.

My co-worker was listening to Carly Simon's, Your So Vain. He sliced the beginning out of the song to put into an animation program. Simply as a demo for his students. He magnified the sound and instead of hearing cymbals like he thought it was, he heard talking that sounded like cymbals. 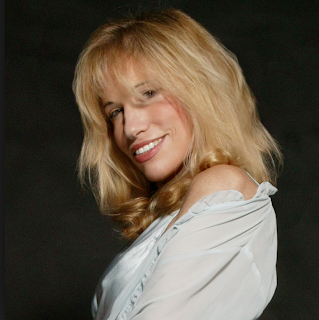 He called me over and said, "You have better ears than I do (very true:); what is she saying?" I listened once and Carly Simon in the very beginning of the song (where the cymbals are playing) says, "Son of a Gun!"

He didn't believe me. He thought she was saying an ex's name. I of course jumped on Google to figure it out. I was right. It's, "Son of a Gun!"

You don't even need to listen to the whole song if you don't want to. Just listen to the first few second with your sound as high as it can go. In the live versions Carly Simon doesn't sing, "Son of a Gun!"


Another fact about the song is that Mic Jagger sang back up at the end of the song. He was never listed on the credits. He sang backup just because they were friends. She never has revealed who the song was about. Many think Warren Betty.

Here she talks about how she came up with the lyrics. Also kind of interesting.


Janet Jackson must have heard, "Son of a Gun!" in the song. Later on she redid her completely own version of the song, and called it Son of a Gun. It sounds completely different. I've been too into Janet Jackson, but I feel like I do need to put this song on this post. It is so different from Carly Simons' song! It only makes reference to the song a few times (in the middle and the end).

Email ThisBlogThis!Share to TwitterShare to FacebookShare to Pinterest
Labels: Carly Simon, Janet Jackson, Son of a Gun, You're So Vain

I used to LOVE that song You're So Vein!! Now I think I need to go listen to it on my iPod!

I want to hear the interview but hubby's sitting right next to me studying so I have to come back. :) I like that song though!

I was going to point out Janet's version until I scrolled down more and saw you had included it lol. Yes, I heard son of a gun too :)

Hahahhaha... don't you love being right! I have always liked Carly.