On Saturday we had a busy day. Mica had a Jiu-Jitsu Tournament, Isaak had a play date, and my cousin had a graduation party.

This wasn't for a belt testing. It was an all morning tournament for metals.

Mica got 1st place in his presentation. He had to kick, punch, block, roll (front, back and combination), all while counting in Japanese for the judges.

He got 2nd place for the Samurai Square Push. I was actually more proud of him for this because I saw how hard he worked for it. 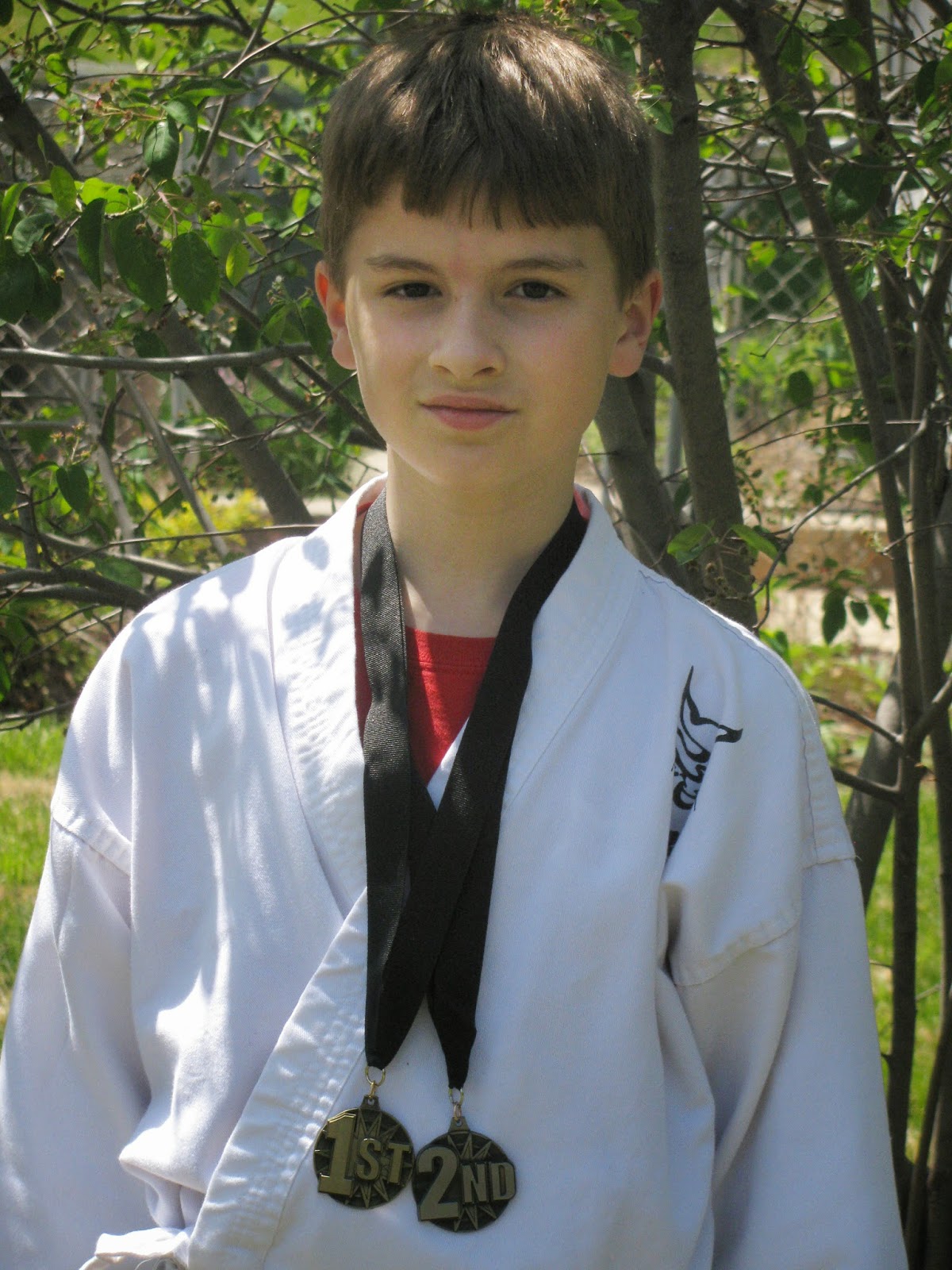 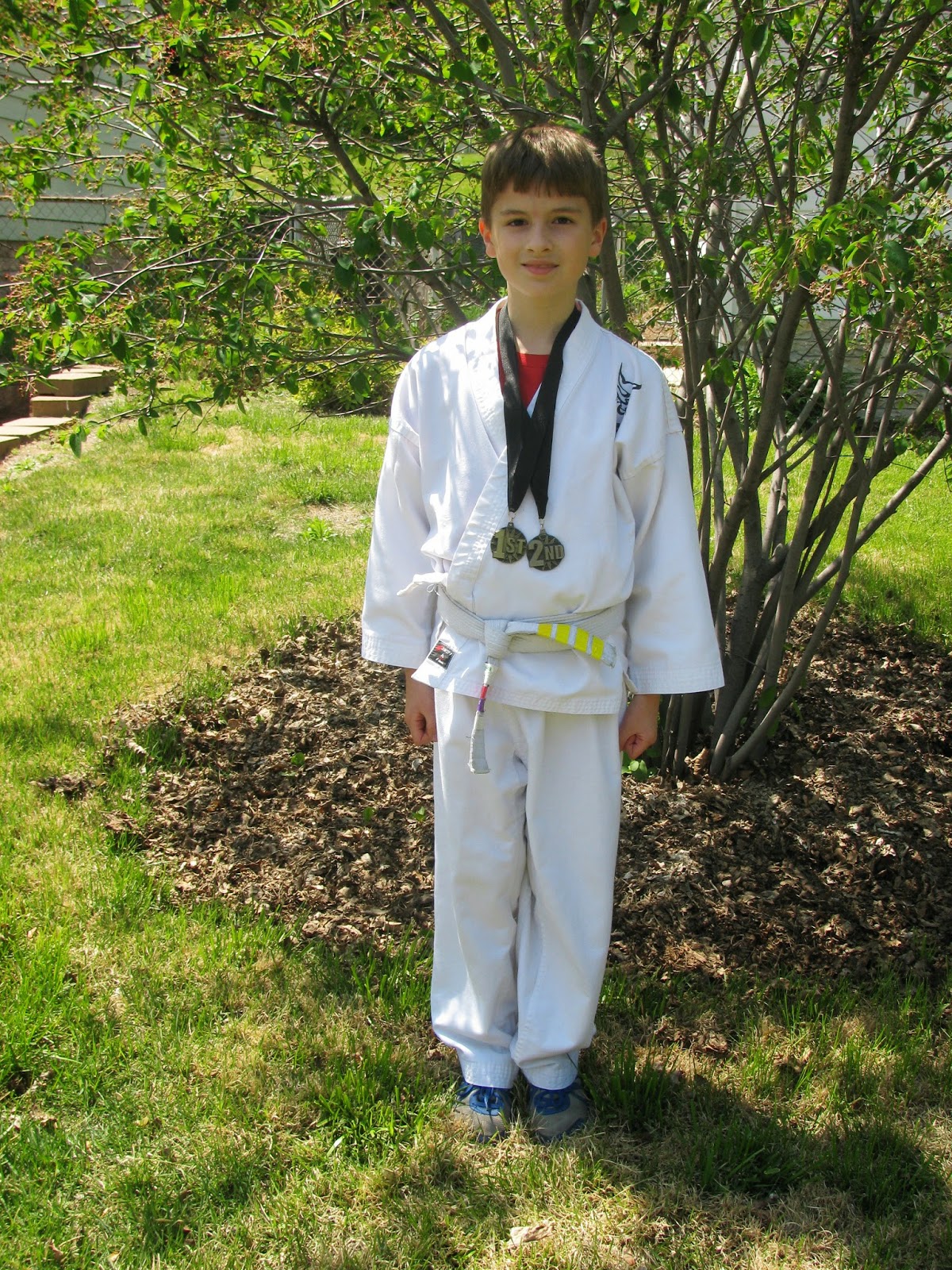 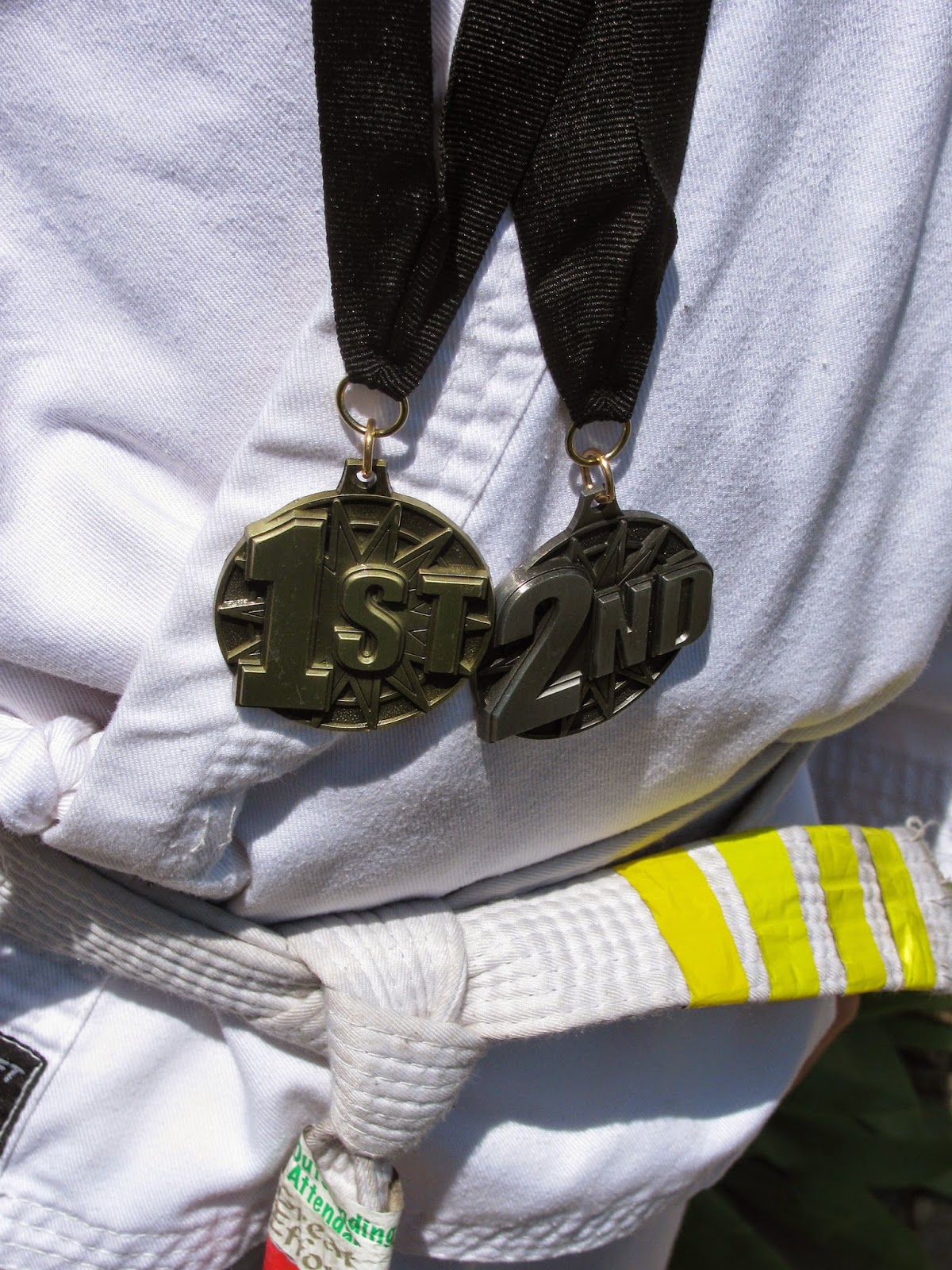 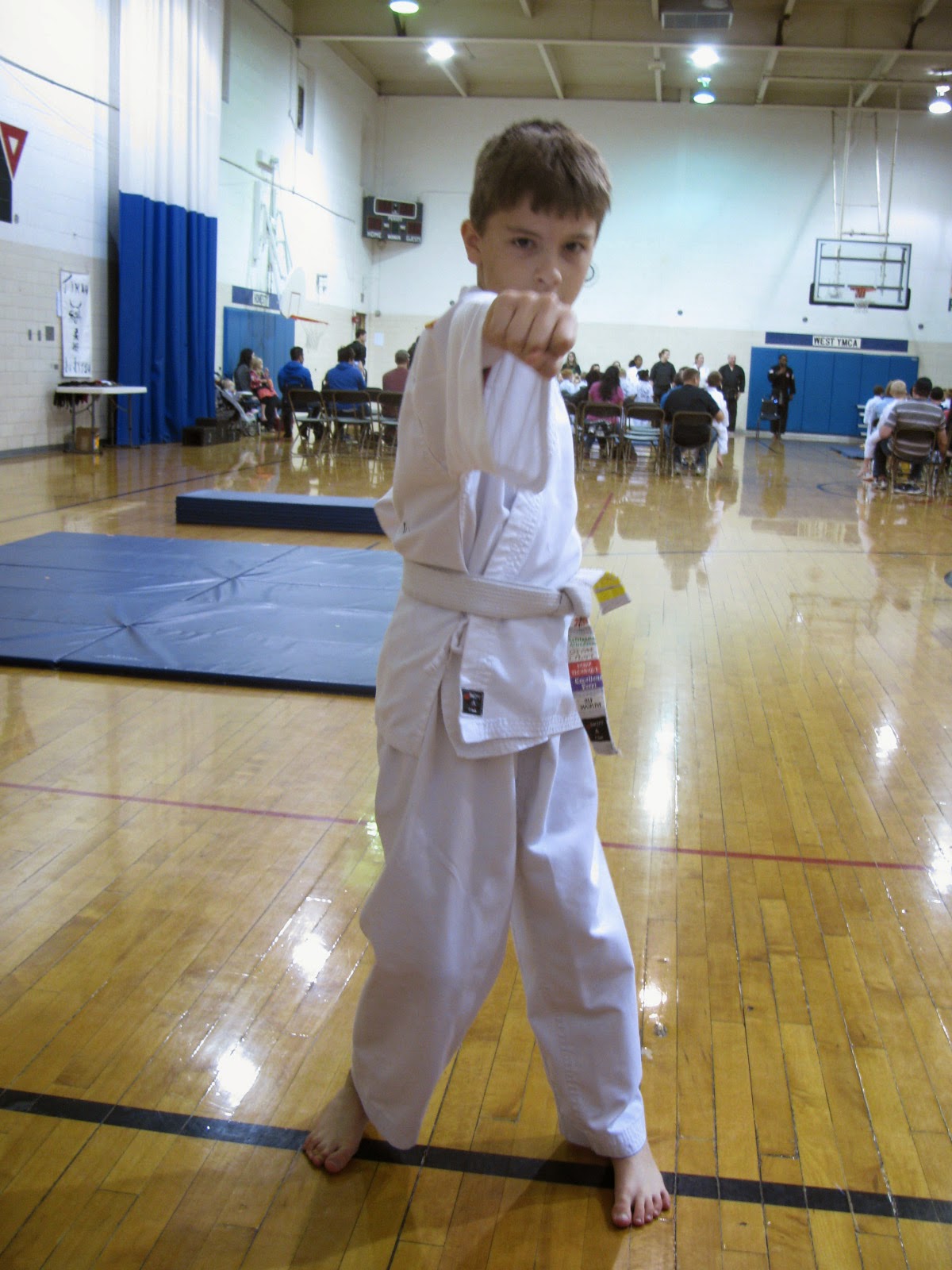 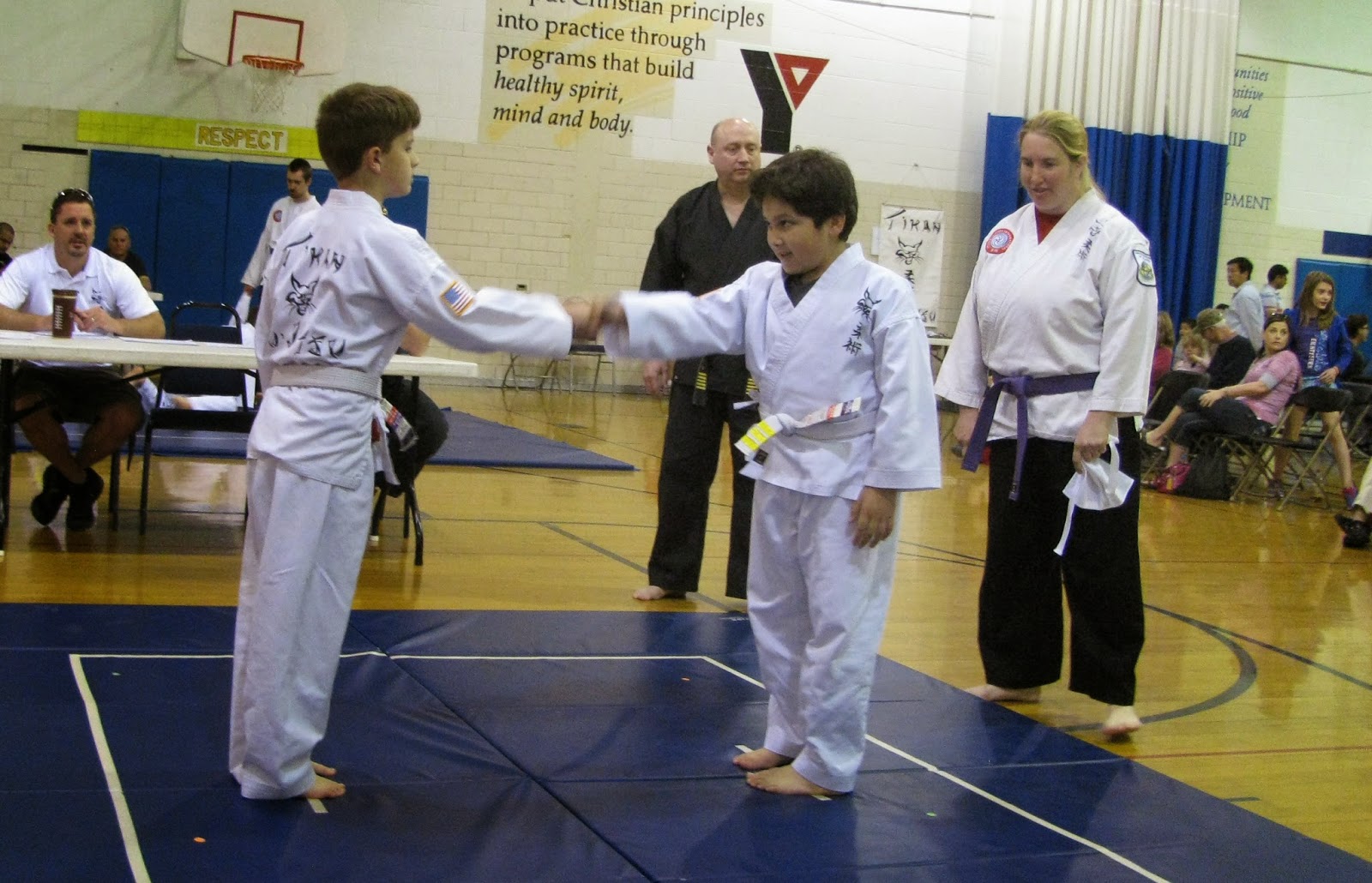 He had to push that kid out of the taped box using the techniques they've learned. One kid that was up against him was the same height, but ranked higher. Mica won, once, and lost twice. The next round he beat the kid twice, and lost once. 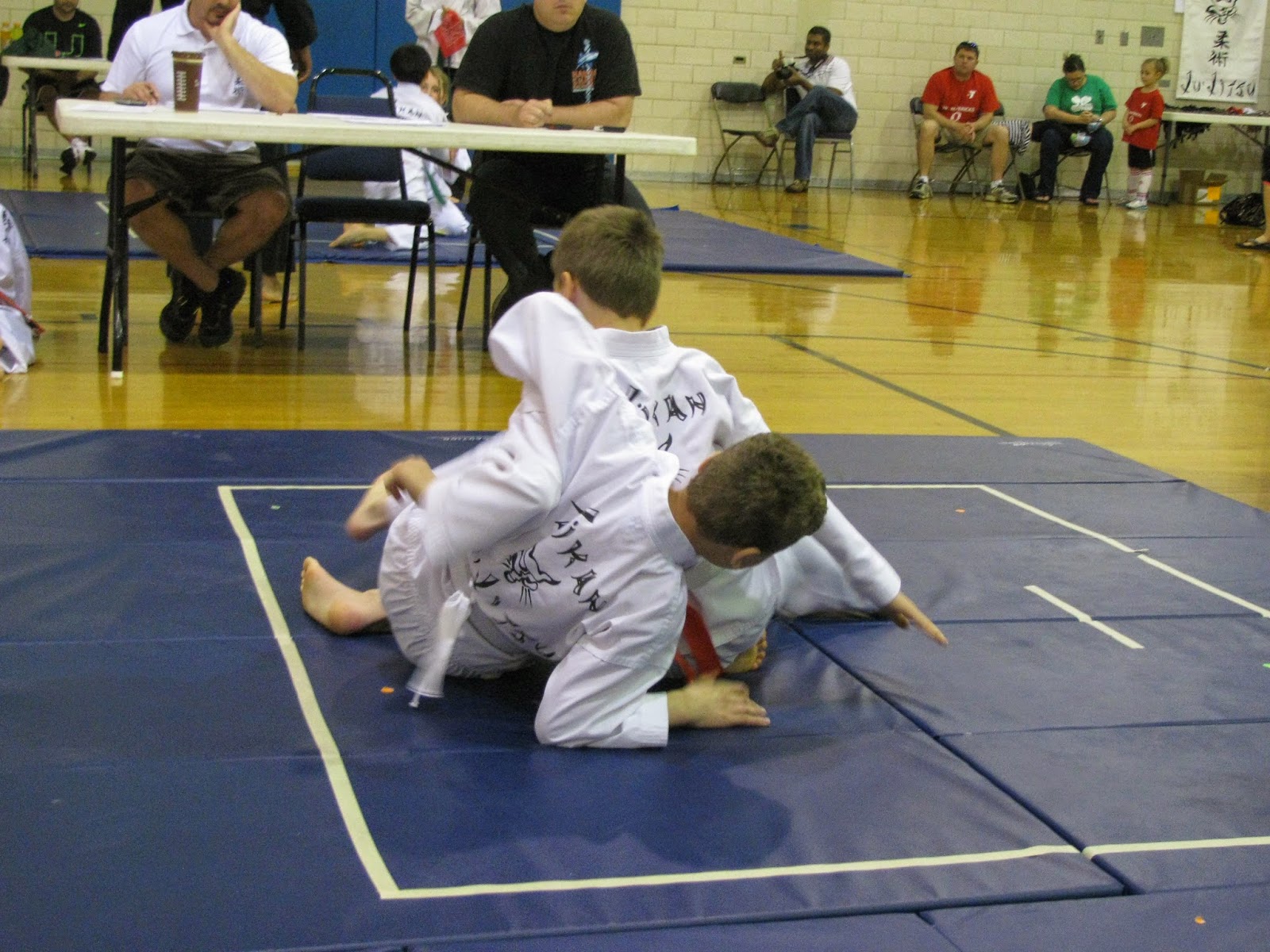 Their upper torso has to get pushed out of the taped square.

He won that second round. I think it must feel really great to get your hand held up for the judges. That means he won out of 3 matches. 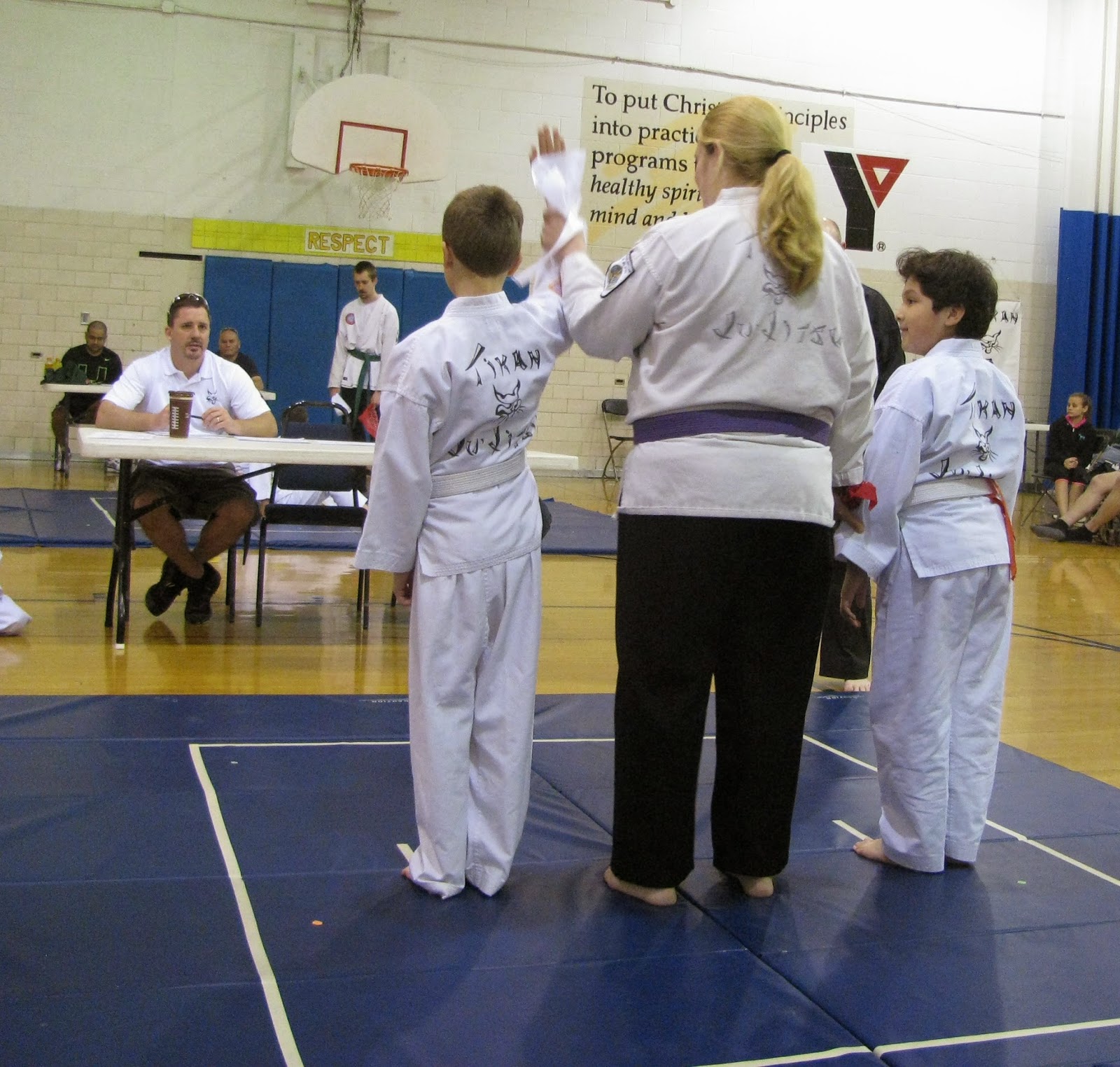 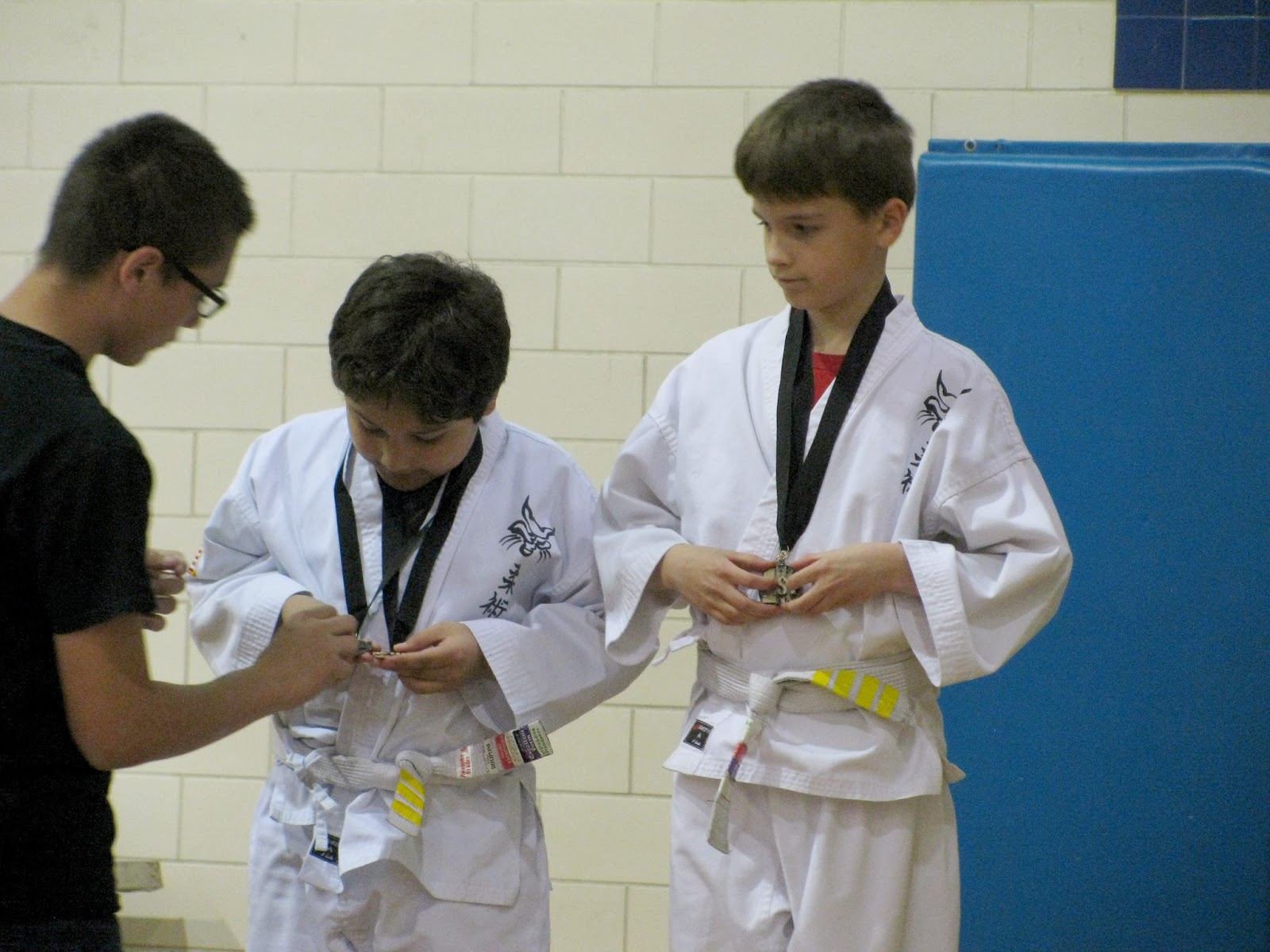 The obnoxious crazy, toothless brother on the sidelines. :) 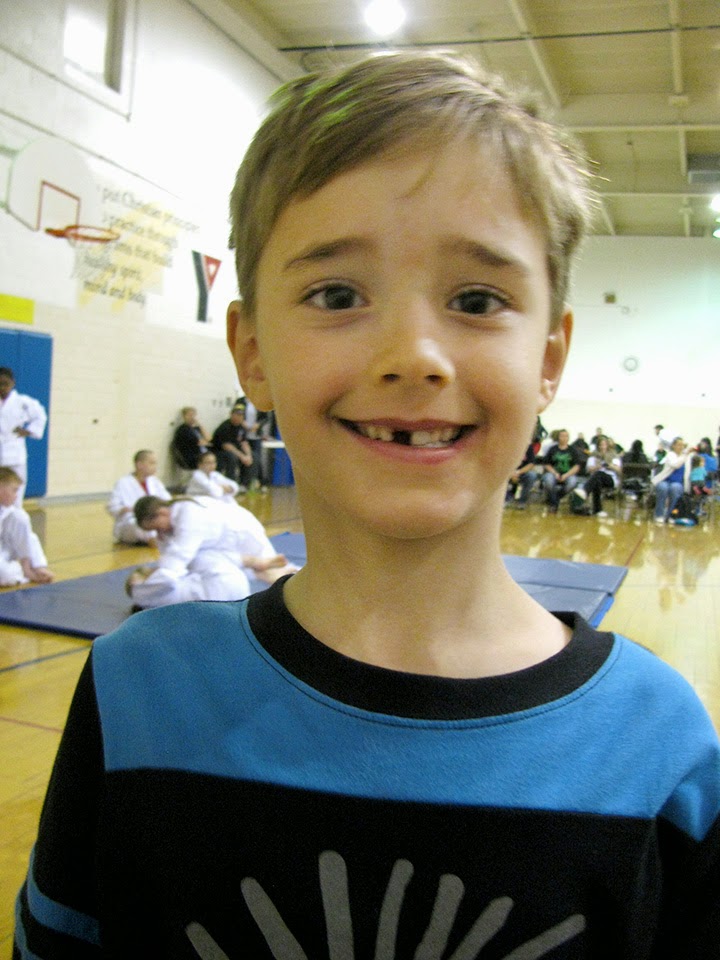 If you have a moment enter my low entry giveaway for HCF | Happy • Calm • Focussed - It's a full vitamin, that increases brain development.
Posted by An Apel a Day at 3:30 PM

That is a big deal! Congrats!

Way to go Mica; you worked hard for it!

Congratulations on that precious second that !

Congratulations! and well done to him :-)

That is a great accomplishment! Congrats to Mica! Well done!

Fantastic job, congratulations and Mom you must be proud!! Such a great sport for kids!!

Way to go Mica! He should be really proud of himself!

Congrats to your lil' guy! He's adorable. I totally loved the video & the do not like the eggs & ham was great. He was really into it! LOL He really made me smile! :)

Congrats! You must be so proud =) #WW

Big congrats to him!! I like the video that pops up right after the clip you've posted, that's a peppy catchy song they're singing, lol!! i love it. :)

He is just awesome!

Wow.... Congratulations to Mica. Very impressive that he has medals.