I generally make a smoothie about 5 mornings a week. They are loaded with spinach, or kale, frozen bananas, and another fruit. I add in ground up pumpkin seeds, peanut butter powder, or vanilla protein powder. There's water, or almond milk in there to. 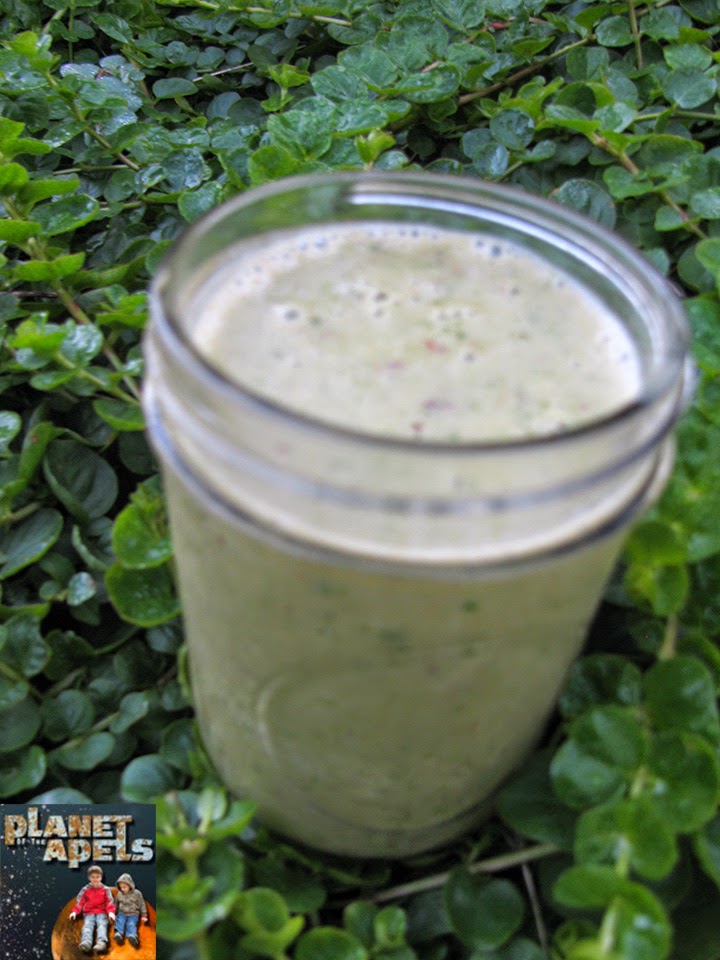 I make smoothies because:

A) The boys need more nutrients. Especially considering that school thinks a potato is a vegetable. A potato is a starchy carb.

You really don't taste them with all the other stuff added. It takes on a peach, cherry, or banana flavor over a green flavor.

I admit some smoothies are better than others. I sometimes try different things. In general I got the smoothie making down.

Mica generally puts them on the table after I've made them. He checks them out to see who has the fullest glass, and gives that to Dad, then I come in the mix, then he, and last, but not least Isaak gets his.

This morning Daddy said, "Mica gives himself more if he likes the smoothie. If he doesn't like it, he gives Isaak the one that has more. I have our son figured out. That child thinks of himself first."

Mica laughed and said, "Ya."

Then we all started laughing. Isaak stood there with a big ? look on his face as if to say, "What are you laughing about?"

Proof that Mica thinks of himself first, and foremost.
Posted by An Apel a Day at 10:43 AM

He's controlling his environment. That shows intelligence.
The smoothies sound like a good idea. I don't know if I could face one in the morning, though. I need coffee.

It's funny that they all think they can pull one over on us LOL.

He totally cracks me up! That's quite good thinking on his part.

That is funny! I need to make more smoothies here. All my kids ever want for breakfast is cereal and they don't eat enough green veggies either.

Smart Cookie! We used to tell one of the girls to split something (say a cookie or cupcake) and then the other one got to pick the half they wanted. That made for more even splitting lol.

That just means he's getting a wee bit more veggies. ;)

I grew up with a sister that was kind of like Mica. She is still like that, but now that I am older.... I know her ways.
The thing is... she really has a heart of gold.