In the past we've always been busy on the nights the boy's school has their roller skating parties. Mica never wanted to go to skate. He only wanted to go to play in their play area.

I used to have fun skating. I remember skating to Madonna, Cyndi Lauper, Van Halen, Bon Jovi and more.

The last time I went skating was in 6th grade. We went skating for my Dad's work. A student of his bumped into the back of him. He fell forward, and landed on his front part of his arms. He broke both his elbows. Instead of calling someone for help, he decided to drive home. I helped turn corners while he yelled cuss words because it hurt so bad. From that point on I heard about how dangerous skating was.

When Mica and Isaak wanted to go to their skate party this year I was hesitant. I didn't want them to fall, and break something. *At that time we still didn't have our cards for health insurance. I also didn't want Mica going off to play, while Isaak wanted to skate.

I said upfront that Mica was not going to play that night. He played the last 2 times he's gone there for birthday parties. skating it was.

They both looked like fawns that were just learning to walk. 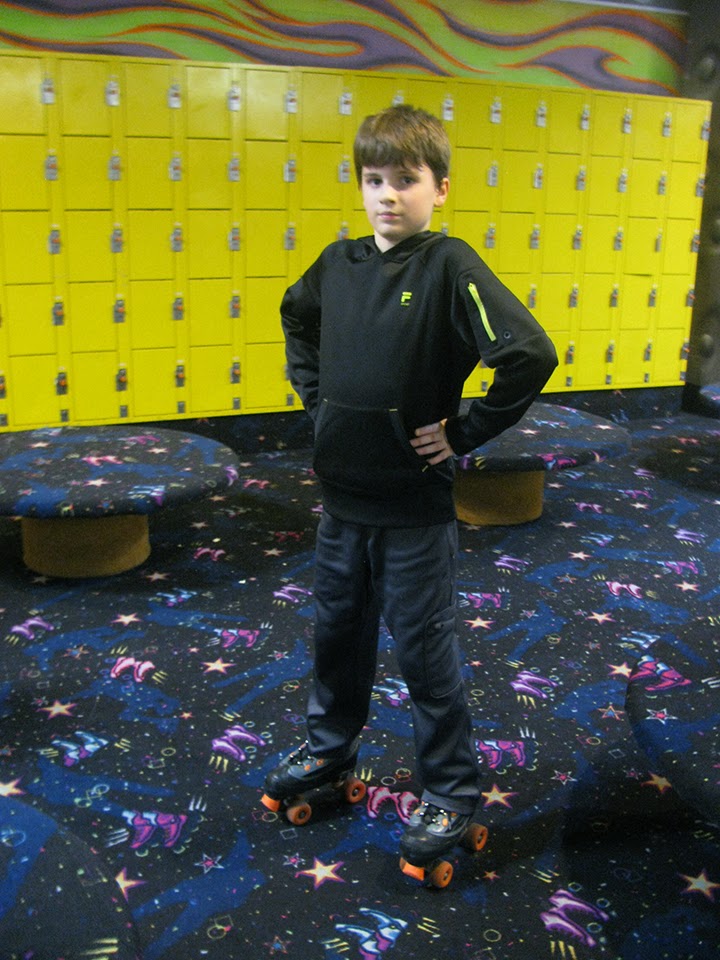 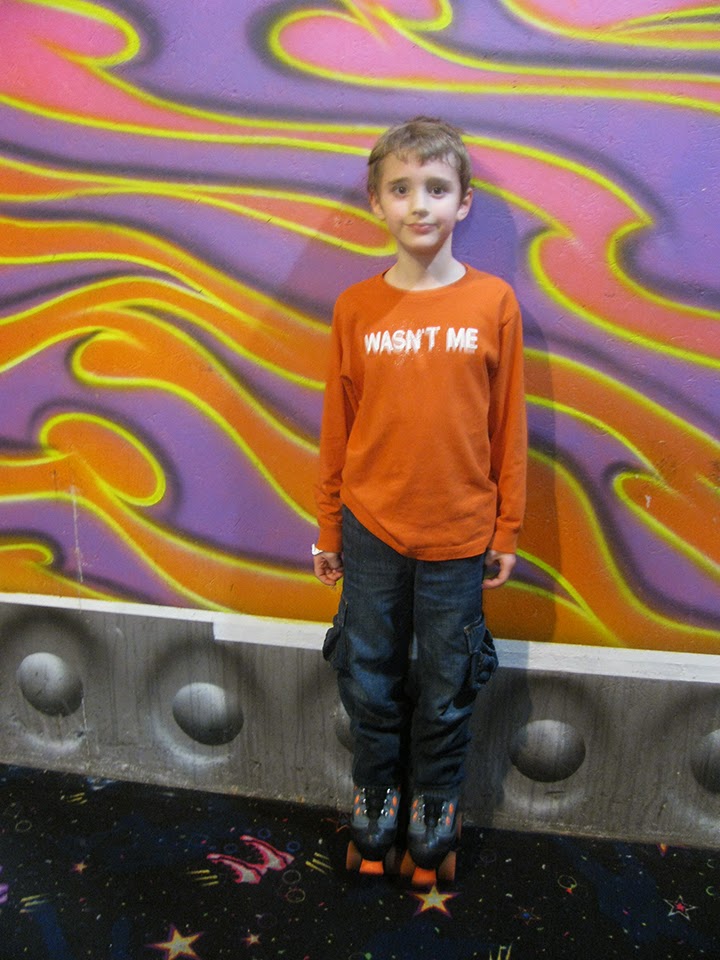 They were both so excited. Isaak said, "I got this Mom." Even though he couldn't stay standing up on his skates. By the end of the night they both were skating in the big circle. Still not graceful, but they were doing it.

Dad and I watched. I guess Dad was an ok skater. I wasn't bad, but I also have a weak ankle. I didn't know if it was wise of me to go. Dad said, "Oh it will strengthen your ankle." I'm not so sure about that. My ankle thing is genetic. I have a few family members with the same issue as me. Maybe one day I'll skate again, or not.

What song do you remember from skating when you were a kid?
Posted by An Apel a Day at 2:26 PM

We have been twice now since I took my two and they keep asking to go back.

I've not skated in years too!! Been thinking of bringing Lil Pumpkin to try though.. it really is so much fun skating!

We used to go skating when I was in high school, so it's the 80s music that I remember so well. I think skating is fun, I still get out there if we go. :) Ice skating...well, that's a different matter, I sit on the sidelines and watch for that one. ;)

That's great that you let them go! I am glad they had a good time and came home all in one piece :)