The bottom section of lights went out in our ceiling fan. Dad replaced the bulb.


This is the only picture I have of it. 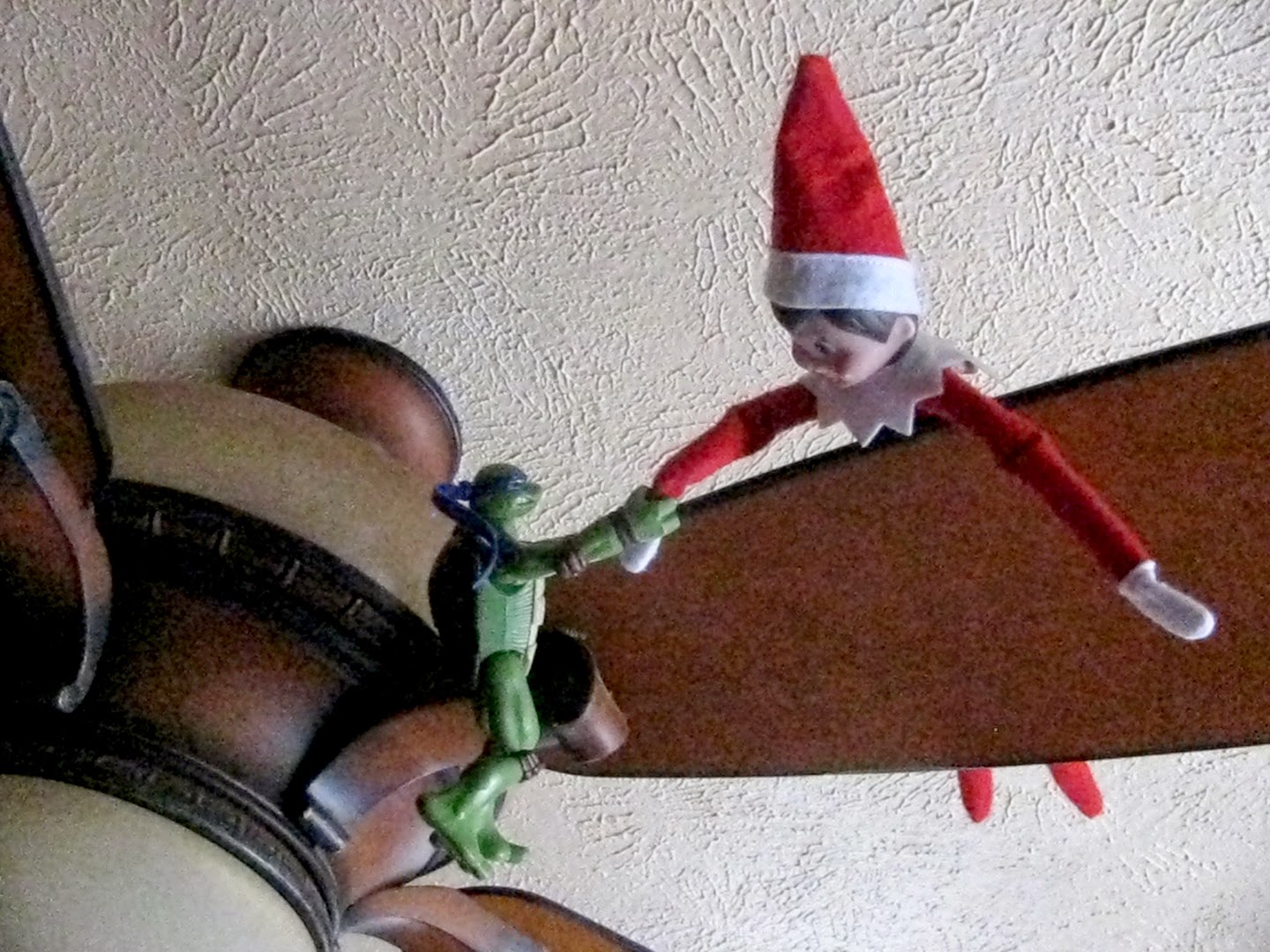 A week later the bulb went out again! We were both cussing over that one. It's like one bad thing happened, then another.

Over the weekend Dad took the fan apart. The bulb seemed fine. He looked at it with a flashlight. No damage. He dissected the thing. He tested all the wires to see if they had a short - nope. It's almost like he wanted a short to happen just so he'd know what the problem was. He even dug out the manual for what was now being called, The Stupid Fan.

I told him, "Just take the bulb back. It may be the bulb. You just never know." Then he couldn't find the receipt. I looked in any bag around our house. Then said, "Maybe you didn't have a bag. Go look in the consul of the car." He did, and there was the receipt.

When he got back home he put the newest bulb in, and it wouldn't work. He read the manual some more. Then it dawned on him that he never checked the remote that we never use.

I don't even think this is the kid's fault. The fan stopped working when we were at the Y. It just reset it's self. Anyhow the remote for the bottom part of the fan was turned all the way down.

Has anything like this ever happened to you?
Posted by An Apel a Day at 5:00 PM

Hehe glad you guys managed to solve the mystery and clear the Stupid Fan's name! :P

I think we all have had similar experiences. At least it turned out to be an easy fix.

I've probably done stupid things like that, it all turns into a blur after a while :P

Stuff like that happens all the time around here. Usually sends Jason into a huge cussing fit when it happens lol.

Oh good old fan problems. I can relate. We have one in each room.

Hahaha, I laughed so hard at this because YES, it's happened to us at least a million times.

At least you figured it out!!

LOL... those remotes can really mess with your head.

the remote to the rescue :)..I love the teenage mutant ninja turtle and your elf-on-the self dolls :)

Our fan lost a blade. My second oldest was home visiting and playing around w/his little brother and they ended up taking a blade off. How does that even happen??? So, now we need a new fan.

Ha ha ha..
Stupid fan is a clean version that we would be calling it.