Both boys are at a camp this week called Hummel Day Camp. My husband and I call it, "Boot camp for kids". It's only $95 for a week of all day camp.

Here's some of what they do there:
Last year Mica got a rash from the mud. Every day they come home they have to take a bath. I wash their clothes each time, and they wear the same things over again every day. Their clothing is bound to be unsalvageable by the end of the week. White socks turn brown.

Why do I send them to this camp? They have fun, they come home tired, and they learn outdoorsy things. It's like a rite to passage camp for kids in Nebraska.

This is Isaak's first year at camp.

Day 1
He got mad that I told him that he needed a bath right away. He wasn't too dirty from camp. He had dirt on his legs and face. 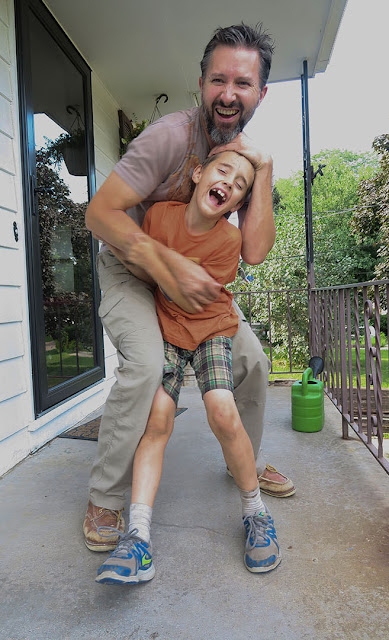 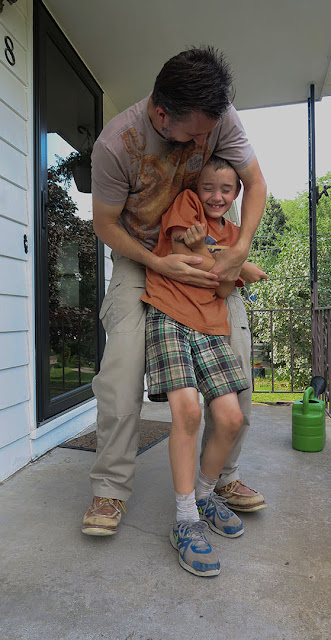 Aunt Terra has been picking them up. Then I get them after work. My nephews go to the same camp. She wouldn't let my kids in her house because they were so dirty. *Understandable She paid them to pull weeds outside. Isaak now thinks he can make money at home pulling weeds to.

Isaak got even more mad that I told him that he needed a bath right away. Actually he got hosed off before the bath. He said, "But I had a bath last night!" He had a mud fight that day. He was dirty big time. Just look at his what used to be his white socks. 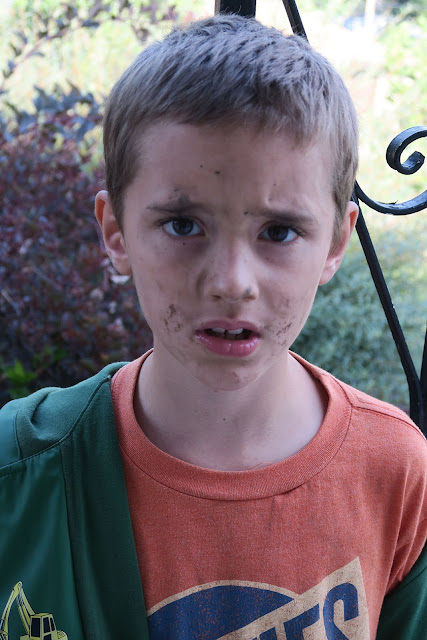 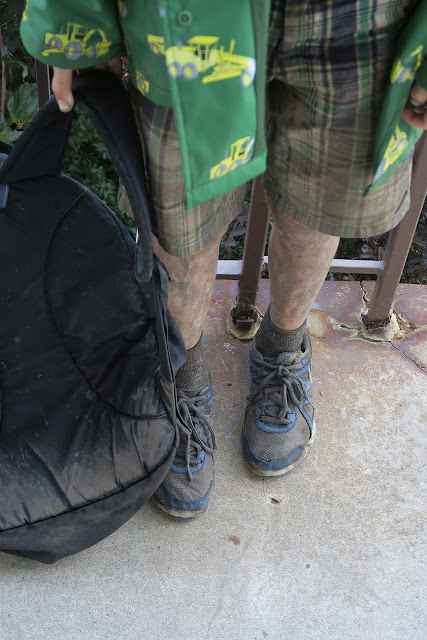 My littlest man in the making had a limited voice that night. I don't know why he lost his voice. Allergies? Too much of that Hummel Park Feeling? That's a song they sing. Maybe he was screaming during the mud fight.

Day 3
I went to wake Mica up and he looked like this: 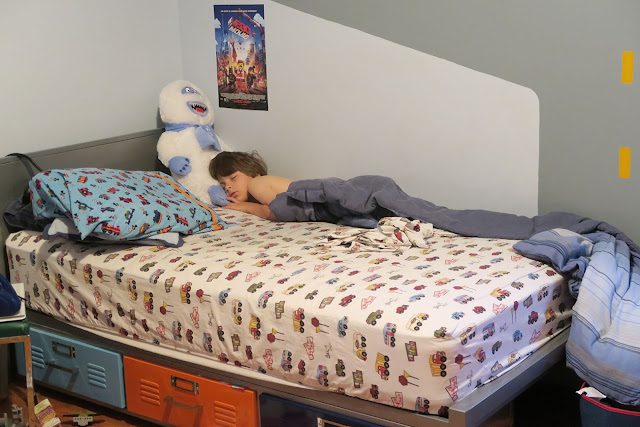 He looked a bit like a boy mermaid. What would that be called? A merman. He had a little too much of that Hummel Park Feeling. They were slow moving this morning.

Isaak still had crackling voice. I gave him a healthy breakfast, an 8 ounce glass of Emergen-C to drink, and another allergy pill. Travis had them go to the bathroom before they left. At 9 I got a call, "Um is this the Apel household?" I said, "Yes." They said, "This is Hummel Camp. Isaak had a potty accident on the bus ride." Travis had to run across town to bring him new undies and shorts. It's totally my fault. Remember I gave him a lot to drink in the morning for breakfast? Top that off with Isaak being embarrassed. #MomFail

Oh do I remember those days... and the kidling had LONG curly hair to wash all that mud out of.

I have seen all your posts on Facebook. It looks like the boys are having a great time a great Monday time.

I need to send Allison there! She's got too much energy this summer. She needs to burn some of it off! Love the photos!

That is EXACTLY what little boys should be doing in the summer time. Going outside, getting dirty and having fun!

Now that sounds like a fun camp.
Broxton did an adventure camp at chuch, but that was about it this year.