This weekend we decided to go to Vala's Pumpkin Patch. It's been a few years since we've gone, so it was really fun for us. We walk everywhere, and did most things. 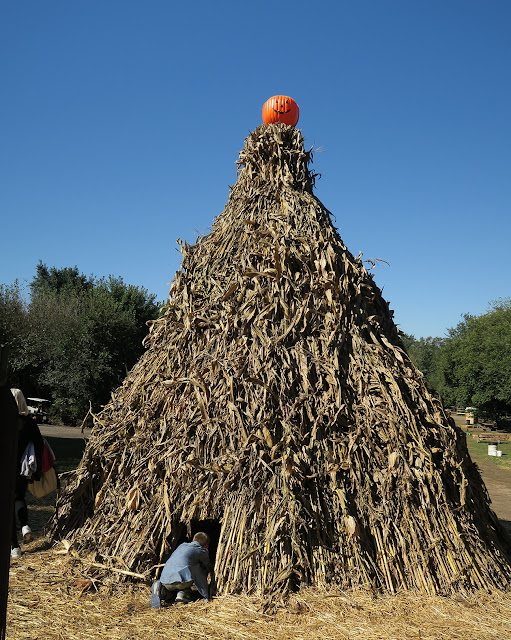 They love to sell extras at the pumpkin patch. We caved and bought goat food. The goats weren't hungry at all. Everyone else caved to. 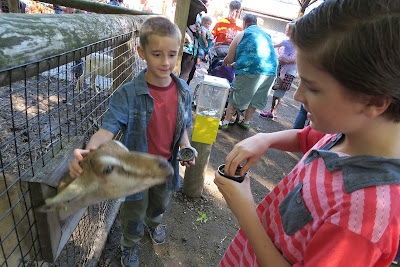 Isaak loved it when I found a hat in his favorite color: Sparkly Gold. He even has the lip thing down. 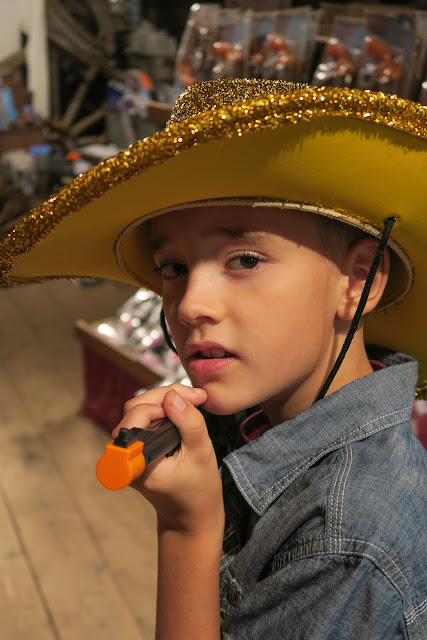 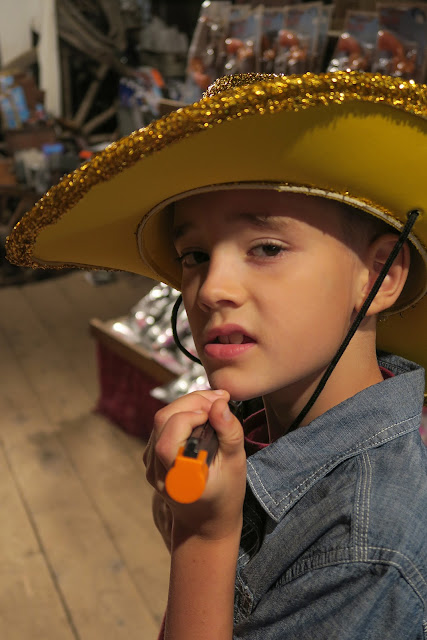 Both boys were testy in the morning. So much so that we thought about turning around, skipping the patch all together, and going home. We were already on our way. The parents wanted some fun to. Most photos we got of the boys were awkward. In one Mica's body is tilted away from Isaak, in the other Mica looks like he has to pee (hands crossed, and legs together) and Isaak looks like he's thinking, Whatever let's get this photo over with already! 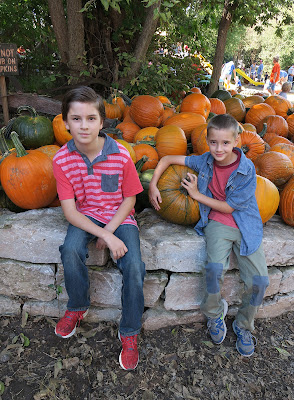 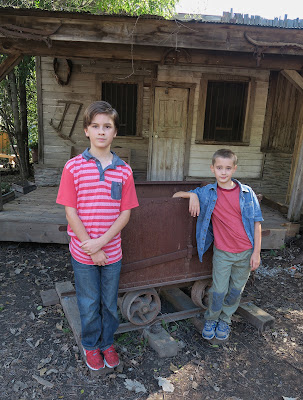 Travis and I were cracking up over his expression in this one. Can you tell he was fed up with the boys? 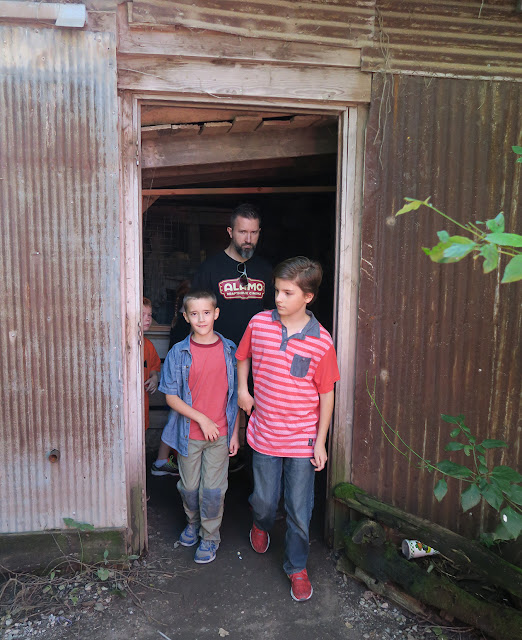 Mica thought he was too old for the jump thing that is so much fun. The crazy thing is that they have a jump thing for adults, middle aged kids, and young kids. Anyway I ended up jumping with Isaak. The second time around I got on 2 punk kids that were trying to cut in line. I told them twice where the back of the line was. I wasn't putting up with anything that day! 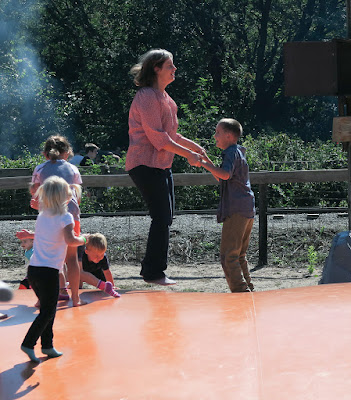 Go Karts were super fun. Isaak can finally ride one himself. Mica moved up to the 10 + ones that ride faster. They both got stuck a few times, but it was fun! 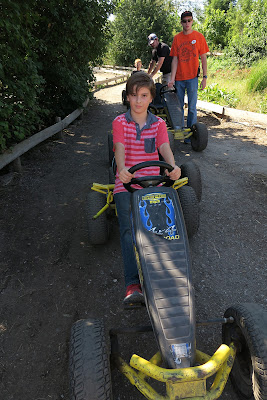 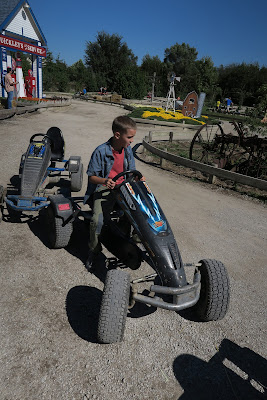 Mica took a hold of the map, and insisted that he knew where he was leading us. Instead of getting to the corn maze...we walked almost all the way around it. 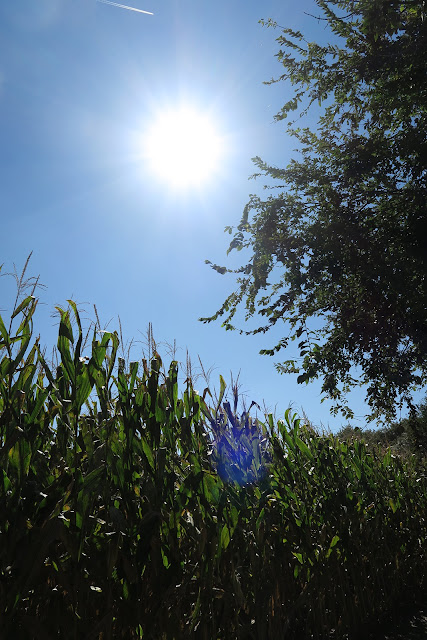 Inside the maze our newbie navigators got us lost right away. 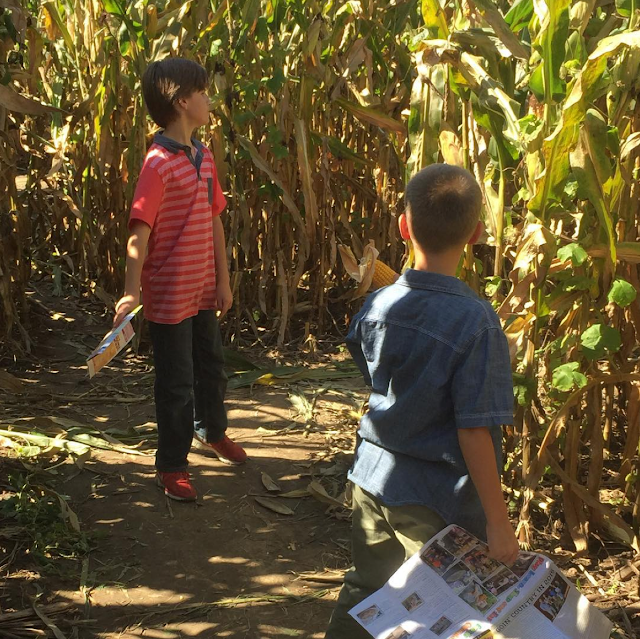 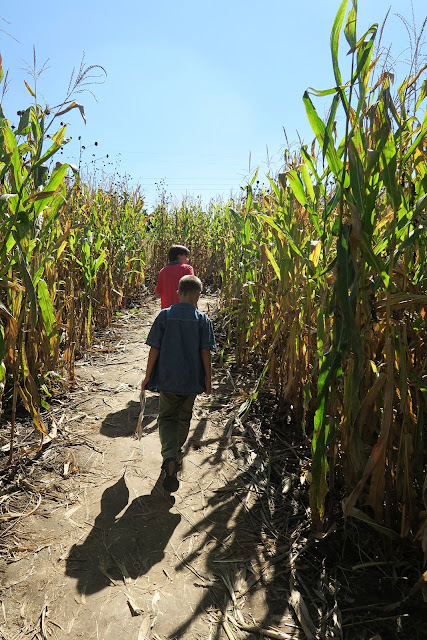 No worries we got out of the maze.

Then the boys did an obstacle course. Isaak touched the ground, so he had to start over again. Dad did it with them. 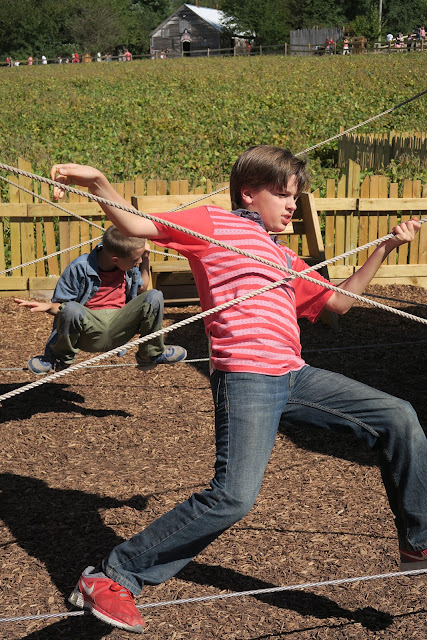 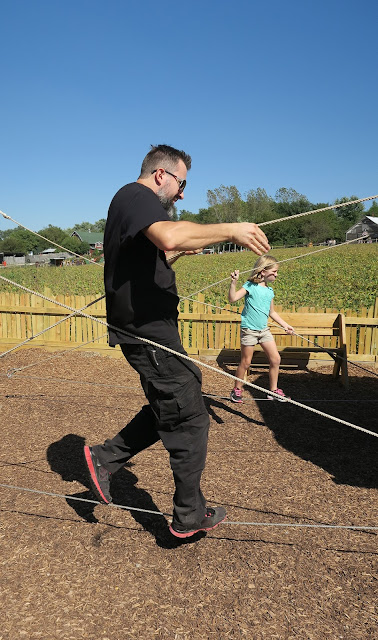 This topped my day. They were all getting done with the obstacle course. The kids were lined up to do the zip line. Travis was in the line to. No other parents were in line. It was only for kids. He got down and said, "I almost went on that thing. Then I realized it was for kids only. How come you didn't stop me?" I said, "Well there was a time when I stopped you from getting an ice cream bar at the kid's school. You got mad at me because I embarrassed you. I figured I'd let you embarrass yourself this time."


Could you imagine a full grown adult male on this thing? 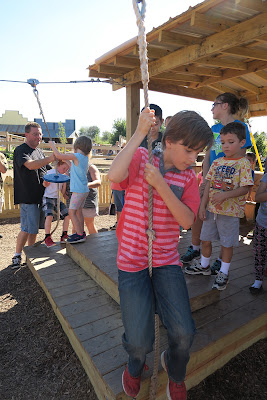 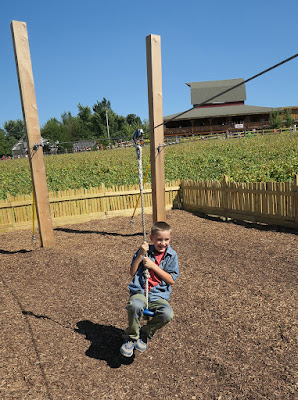 Do you have a Pumpkin Patch where you live?

Oh wow! Looks like you and your family had a fun day, despite the boys shenanigans in the am. That's funny that your husband was going to go on the zip line. THAT would make a great video! ha ha We have a farm close-by we've gone to pick apples and pumpkins - no zip line though - ;)

We used to go to a great pumpkin/harvest farm. Haven't been since the kids were little and really miss those days. Is it terrible to say I'm glad you said something to those kids? lol

We have a patch like that here too, but we haven't been in a few years. The girls think they are too old. Hmph! Gotta love testy kids. Mine have been real buggers about getting their photos taken lately also!

Nope we don't have a pumpkin patch where we stay as there are no pumpkin fields here in Singapore.

We are looking forward to going to the pumpkin patch, too! Looks like you guys had a fun day.

We went to Vala's this weekend too! The kids loved the obstacle course, and the not-so-scary haunted houses. My kids were too young for the go karts, but they really wanted to go on them.

I have not seen a real pumpkin patch since I left Utah, But they so set up pumpkin patches on corners for their sales. Looks like so much fun!

Looks like tons of family quality fun time, and that's oh so important because some day they'll be telling their children about this day too and how much fun they had with their grandpa and gramma!!!

Such lovely photos, A. Wish we had a pumpkin patch here.

That looks so fun. We do have a great pumpkin patch about an hour from us.

bahhahaa on the zip line, that's a funny line he gave you. Husbands and wives have the stories, don't they? :) It looks like a fun day. I am glad you didn't turn back. :)

I don't think I've ever met a goat that wasn't hungry! What a fun pumpkin patch.

I want to go to pumpkin patch as well.. Looks like uou all have so much fub! But NYC is vold already now.. Brrr

That looks fun. I need to get Broxton to a patch this fall sometime soon.

The last time I went to a corn maze, I stepped in dog poop. But I haven't been back to one since.