Isaak's in basketball. He never really played games before, unless you count Horse. He's a pretty fair little player. Not the best, but not the worst either. The best part about him playing is that he really enjoys it!

He took basketball last year, but it was not a session about playing games. They only learned how to dribble, do layups, pass, and run fast.

He was super excited about getting new basketball shoes. Last year we bought him blue Nike's that he loved, but he quickly complained about his feet hurting. We went with adidas' this year. It's too bad because the Nike's still fit. I didn't want his feet hurting when he played. 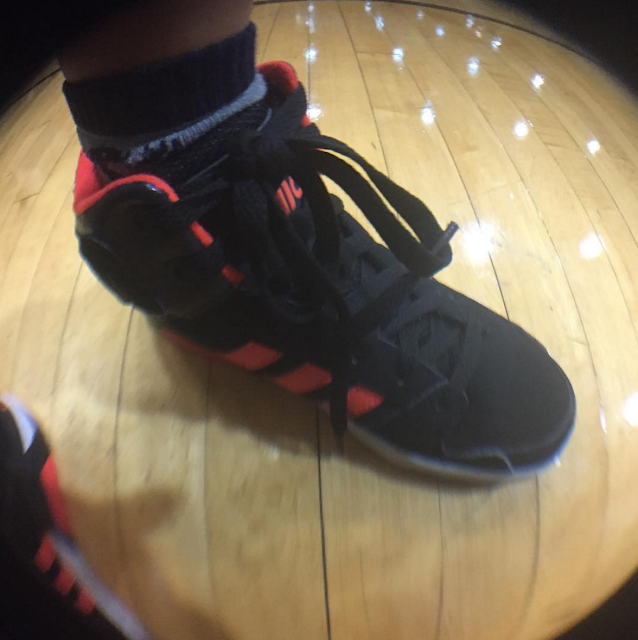 On the first day of practice his coach had the boys play against each other. Isaak was so happy!

Their first game came and went on Saturday. They lost, but I was proud as to how hard they tried. The team they played was good! Not only did they have players that seemed to know what they were doing, but they also had more players to bench a few kids to give them rest. Most of the boys on Isaak's team have never played before. They only had one practice, one hour long prior to playing. They don't have enough kids to give each kid a break, so they played hard. They hustled up and down the court.

Look at Isaak trying to be ready when the other team got done with free throws. 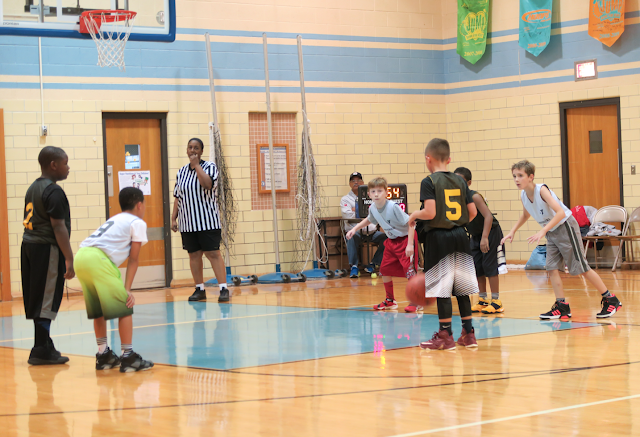 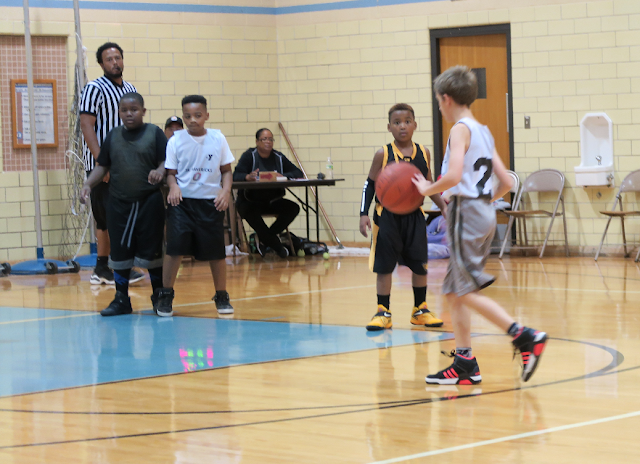 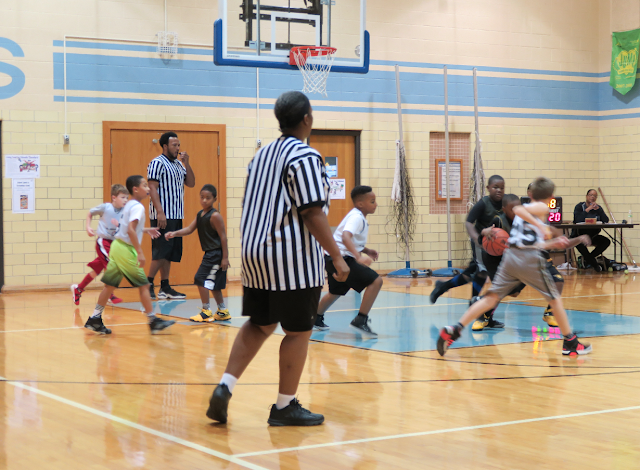 One boy that Isaak does go to school with carries their team a lot. He's got a lot of energy, and a Dad that knows the game well.

Isaak's already learned a lot. I'm hoping he just gets better and better.

Did you get into sports when you were younger?
Posted by An Apel a Day at 8:00 AM

bravooooo Isaak..i used to play a looong time ago and I kinda like it :)

Hs is gonna be the next Lebron James!!

Mariah used to play basketball when she was a bit older than him. I miss this age because it is so fun to watch them as they are learning the game and everything isn't so serious all the time.

How fun. Broxton is into basketball now, I wish it was still baseball, but I'm not going to make him play a sport he doesn't enjoy.