I wrote a post about having many of my nephews over two Sundays ago. Well right after my 11 year old nephew Evan went home he threw up all over. Mica was the next in line to get it on Monday night.

I didn't know if the boys had the stomach flu, or Strep Throat. My nephew Emerson that was in the hospital was tested for all kinds of things, but the hospital never tested him for Strep Throat. At his follow up appointment our pediatrician (we have the same one) decided to do a throat culture, and he did in fact have Strep. He was never tested because his throat wasn't red. A few years back 3 of us had Strep with stomach issues first, and throat issues second.

Mica and Evan like to throw up all over instead of in a bucket or in the toilet. What's up with that? Eleven years old is old enough to have their sickness contained. I think our 8 year olds are better about that.

I skipped out on work Tuesday and Wednesday last week. I had no clue if I'd be next. There are some things I like to pass on like kindness, but the stomach flu and Strep Throat are not on that list of things I like to share. 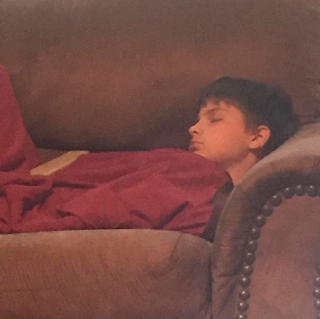 Mica took 2, two hour naps on Tuesday, and fell asleep at 7:30 that night. On Wednesday I was expecting 1 more of us to get it, but that never happened. I even felt a little off, but I think it was the lack of sleep and the idea of cleaning up after Mica that made me feel off.

I was fully prepared to have our own thanksgiving. I went out to get a turkey breast, a duck, stuff for green bean casserole, cranberries, squash, and sweet potatoes. I made 2 pumpkin pies with almond milk and Isaak helped me decorate thanksgiving turkeys. 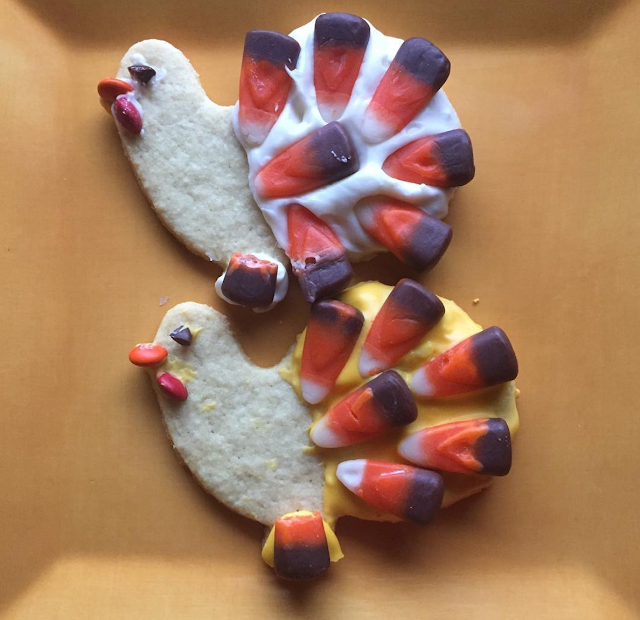 My mom said we shouldn't go to the Thanksgiving party due to us being carriers. Then I got a call from my oldest sister that typically has an opinion about everything saying that we should go. I called the host (my Aunt) to let her decide. She said, "You should go. Mica had stomach issues on Monday night and Tuesday, and the rest of you haven't gotten it. You would have gotten it already." So back to the store I went to get more food. Everyone was bringing what I had at home already. I took a veggie tray, pomegranate seeds, sausage cheese and cracker tray, one of my pies, and the Thanksgiving turkey and leaf cookies Isaak helped me decorate.

Also our TV in our bedroom finally died. I say finally because we've had it, since 1998! The 2002 TV went in our room. Our new 50" Samsung flat screen TV went in the living room. The boys were so excited. They love that I have Amazon Prime, so they can watch videos and shows out there!

The first thing they watched was: The Macy's Day Parade 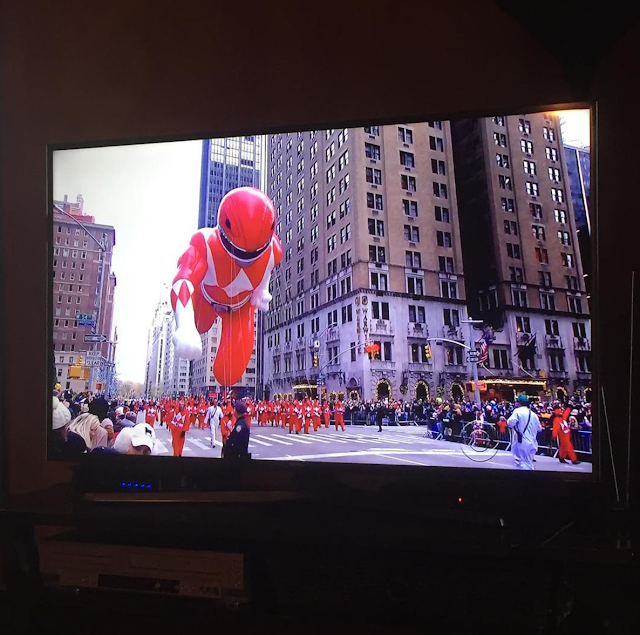 I was thankful for our new TV and the time that we got to spend with family.

Isaak enjoying the Macy's Day Parade with his stuffed animal dog. He made it clothes out of paper: 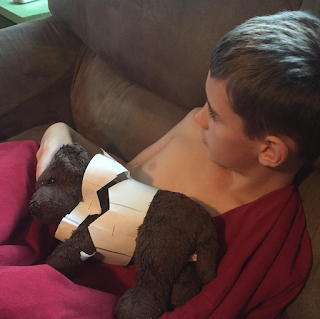 Later at night we made the trip down town to see the light display, and listen to an orchestra at The Holland Performing Arts building.

Mica under a street light at Gene Leahy Mall downtown: 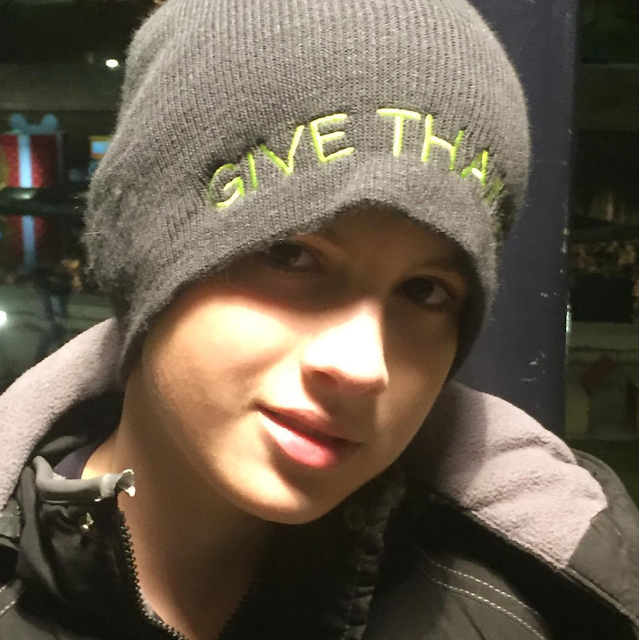 I was thankful for wellness this year. What were you thankful for?
Posted by An Apel a Day at 1:24 PM

I hope everyone is healthier and happier in the years to come...We always have something to be thankful for. Happy Thanksgiving..

I'm glad you didn't catch it. Those cookies are cute! I'm thankful for family and good health. Cliches' but oh so true.

Wellness is definitely something to be thankful for! Mariah used to run to the bathroom and puke OVER the toilet. She wouldn't even attempt to put her face by the bowl. I was get so pissed because it would splash all over the toilet, the walls, the floor. Puke is the one thing I can't stomach cleaning up!

I am thankful for my family. I love being a mom like I never knew I could be :)