More like Kansas City here I came, but that's not how the song goes.

We went to Kansas City this weekend. It was great to get away!

We won't be able to go anywhere else until about the time school starts. Travis got accepted into an El Museo Latino for an artist residency. It lasts all of June and July. It will be tight with him needing to be there, and me not being able to do a whole lot with surgery on June 23. It's a great opportunity for him for sure! They are super nice, and even said the boys could be with him when he's there during the day - some days.

We really had an inexpensive trip to Kansas City.

Why did we go? Our class and the class above us wanted to have a reunion at the Kansas City Art Institute. It was fun! I do wish that the class below me was part of it too. I had a lot of friends in the class below me because I stayed in the dorms longer when I became a resident's assistant, while in college.

Mica took all the people shots: 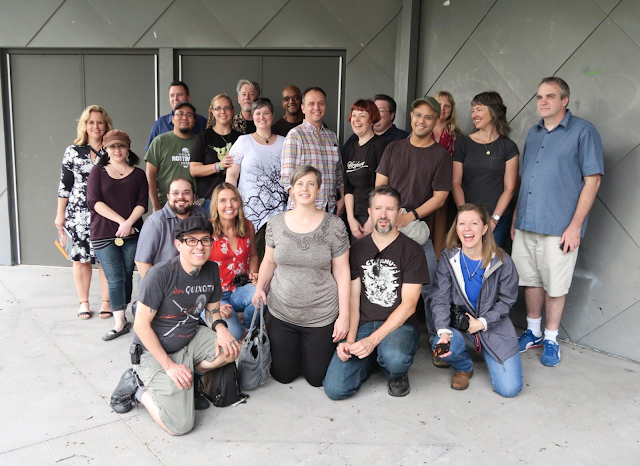 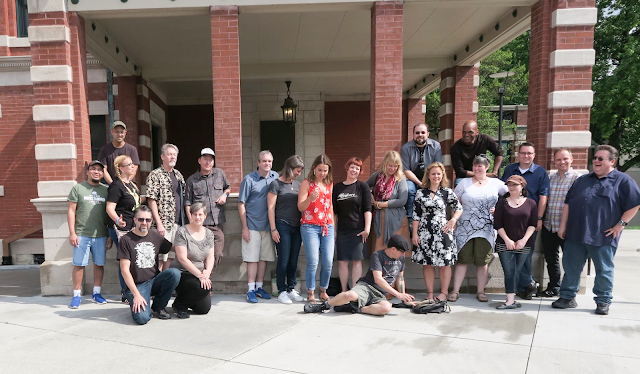 This building is called Vanderslice. It's kind of the heart of the campus. It's where we went to sign up for classes. Most of the admission people are in Vanderslice. 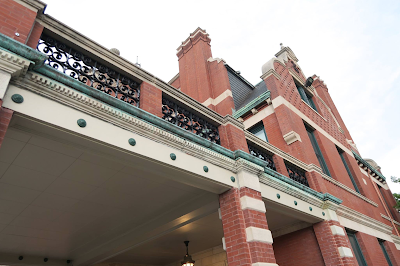 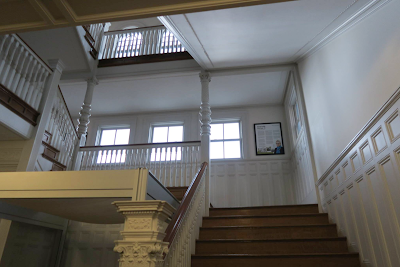 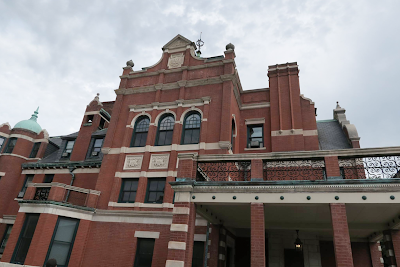 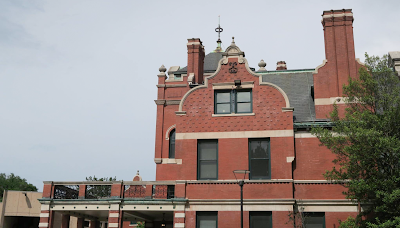 The dorms is where Travis and I met. We were friends for about 5 years before we became a couple. Lots of memories here! In those days we didn't have elevators, we had 1 pay phone for a whole floor of people to share. Long distance phone cards were huge then. We had 1 bathroom for a whole floor of people as well. There was no internet in the dorms. In fact the internet was only on one computer on the campus. All that's changed! 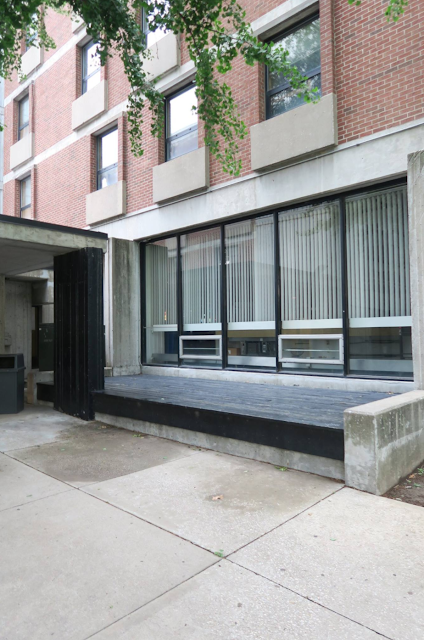 Just a building I liked that the school owns. I don't even know what's in it. I heart the doorway! 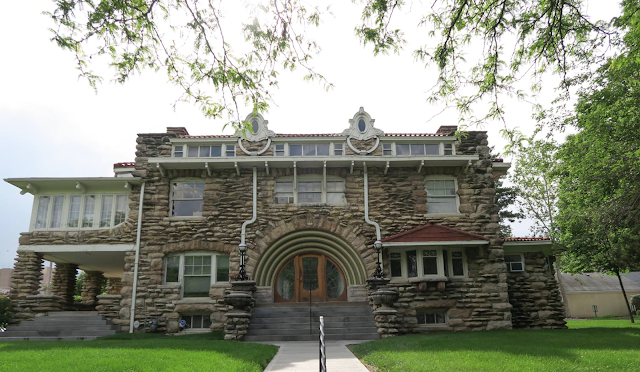 Back in the day Travis was a wild drinking boy that would jump a junk scooter over a bonfire in the middle of the campus. Me on the other hand? I was a light weight, good girl (usually) that stayed up for hours working on artwork for class.

We saw some of our friends, but missed a lot too.

We all went out to eat/get drinks. We had the kids, but ate anyhow. We sort of stuck to ourselves until everyone had a drink in them. Then Isaak went over to see fellow classmate draw. He was fascinated. Isaak started drawing too. They mutually laughed at their drawings. Then Mica started dancing. A fellow classmate started dancing with him. He thought that was hilarious. It ended up being a great time after all.

Where we stayed - Our niece Kailey lives there. She actually offered to watch the kids, while we went out. Then it turned out that she went home to Omaha when we went to visit Kansas City. We were a little bummed that we couldn't spend more time with her, and have her watch our kids. ;) But we saw her on Monday. She offered to drop off a key on Friday night to us, to stay at her place. I made her cookies and left them at her apartment in return for letting us stay there. :) The boys enjoyed staying up late to watch BFG on their netflix, which we don't have at home. I was a bit worried someone would call us in for not being Kailey, but no one did. Sigh of Relief!

Entertainment - I also got an email a few days before leaving to blog about LEGOLAND in Kansas City, and getting 4 tickets in return. Score for my family! 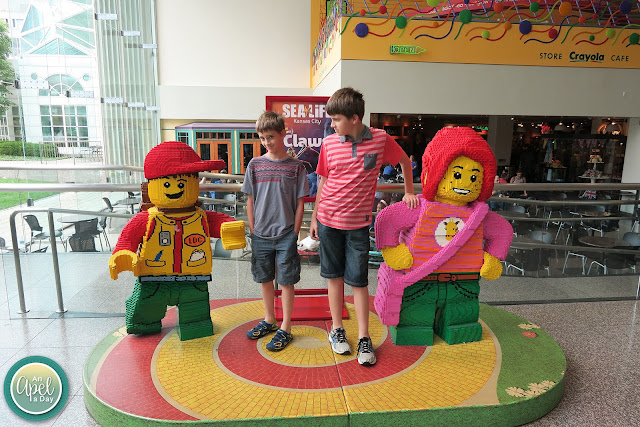 I don't know what Legoland in KC is like, but Legoland in Atlanta is pretty awesome. They built Atlanta and Stone Mountain out of legos. Unfortunately, you can only visit if you have children with you unless they are hosting a special adult only event, but it's just as well. Aside from the Lego sculpture of the city, there isn't really much for Legoland to offer adults. It's awesome that they offered you free tickets to visit, though! Legoland can be pretty expensive otherwise!

It sounds like you had an enjoyable experience getting caught up with your old classmates. Glad everyone stayed sane (not sure if that's the right word?) knowing your boys were there. Those are some fantastic group shots Mica got. It looks like a lot of people went to the reunion. I can imagine that guard weren't too happy with such a large group exploring areas he didn't think you all were going to… :)

How fun to go back and see your old classmates. Plus, a fun trip down memory lane for you and Travis to reflect on the early days of your relationship ♥ Mica did great with the photos. Maybe he'd be interested in photography at some point in the future?

Yup, I remember using phone cards in college to call home. Too funny. Glad you had a fun trip away!

Bet that was a fun trip. Would love to go back to my old college