We had a chance to explore LEGOLAND Discovery Center Kansas City! It's the ultimate indoor playground for kids ages 3-10 who are the biggest fans of LEGO! Mica loved it too, and he's almost 12! 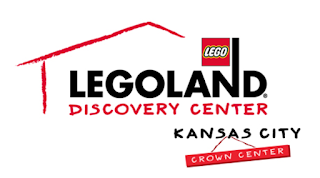 It was super busy with it being Memorial Day weekend. Plus there were storms, so many people didn't want to be outside. I had tickets at the Will Call booth. Our friends did not. We stood in line for 15 minutes or so before we realized that they wouldn't be able to get in until 4:15, and it was 1:30. Thankfully we did get a chance to talk that whole time. They went their separate way - to the Legoland store, and Crown Center. We stayed at the LEGOLAND Discovery Center. If you do plan on visiting, try not to go when it's a busy travel weekend. 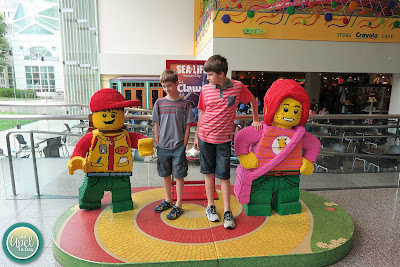 We had time to kill before we met up with our friends. We hung out in the Crown Center, which is where they have the Lego stand above. LEGOLAND Discovery Center is next to the Crown Center.

The entrance to the LEGOLAND Discovery Center is grand: 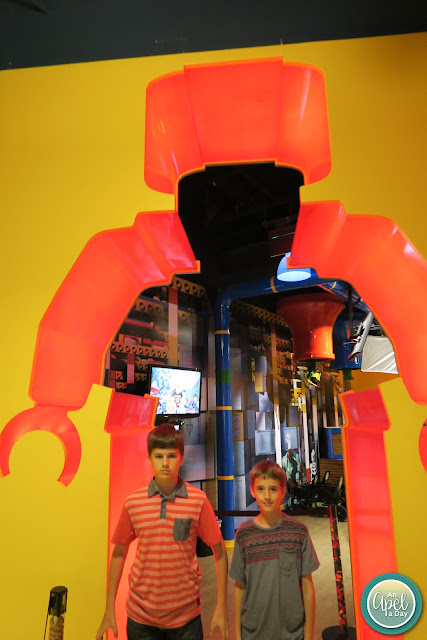 The boys were uber excited. We had that stop a surprise. When asked, "What is one place you'd love to go to in Kansas City?" Mica said, "LEGOLAND Discovery Center." 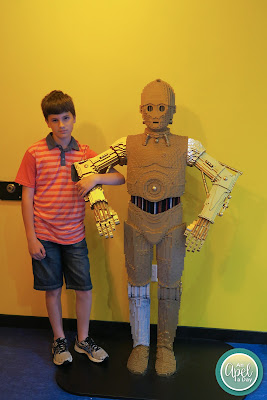 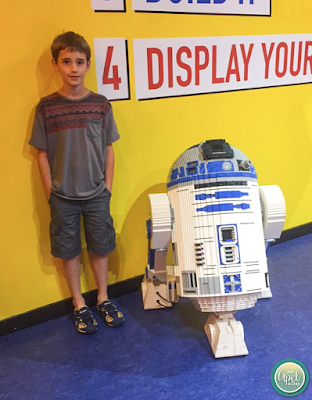 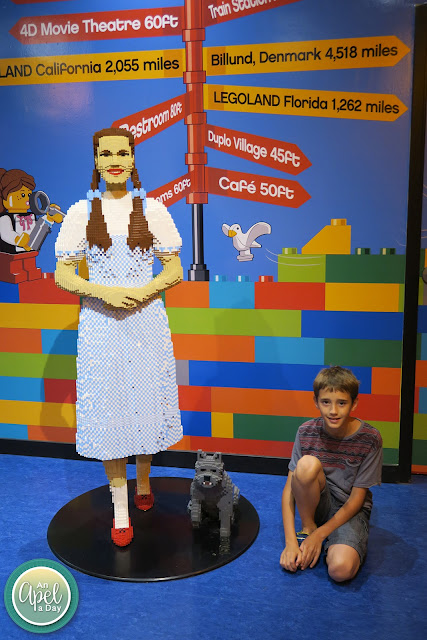 LEGOLAND Discovery Center Kansas City is one of Kansas City's best attractions for kids!
We couldn't take photos on the Kingdom Quest Laser Ride, but we stood in line for awhile. Here's some of the things in line: 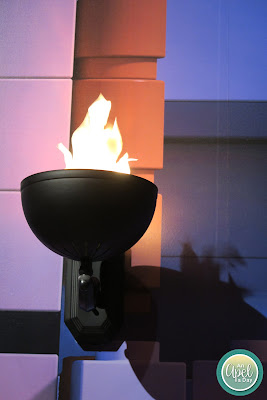 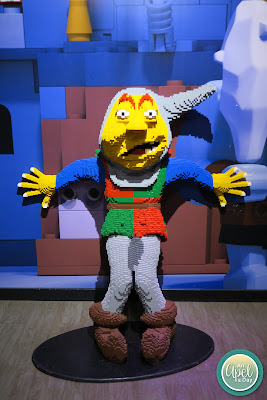 The boys got mad that Dad won the Kingdom Quest Laser Ride. I swore those things are rigged. I shoot at everything, but always end up with less points than everyone. Ha!

We really enjoyed the 4D movie: 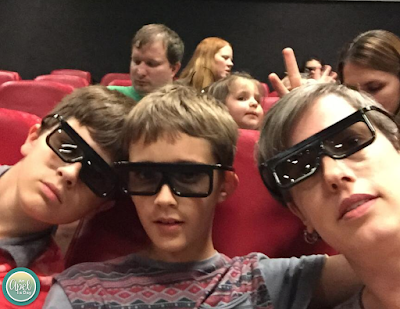 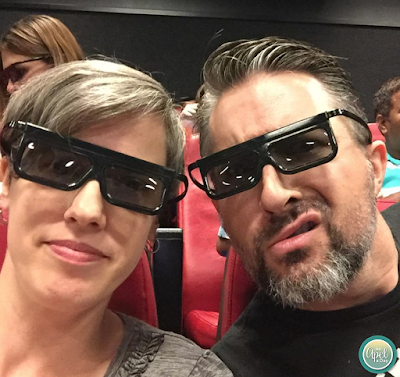 They made a note that the glasses may be damp because they were just cleaned. There was wind, strobe lighting, rain, snow, things coming out at you, and more. They do show you where the exit door is if you need to leave.

Of course we didn't have a birthday party there, but they have them! I'm not sure on the price. 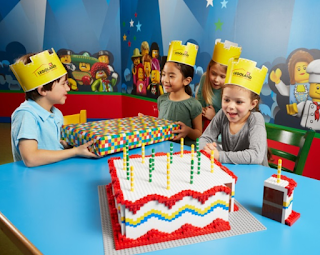 Plan your family visit and jump into the biggest box of LEGO bricks!

My favorite part is the display room:

Lights dim, and turn bright. If some photos look different that's why.


The Wizard of Oz - I imagine it's big there because it's near Kansas where Dorothy is from. 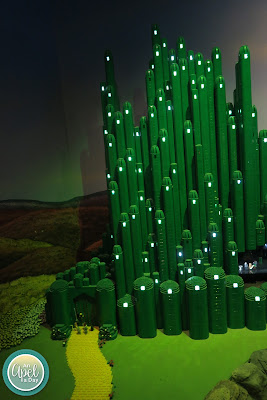 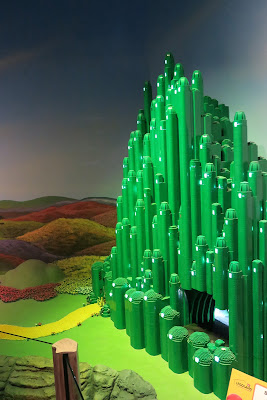 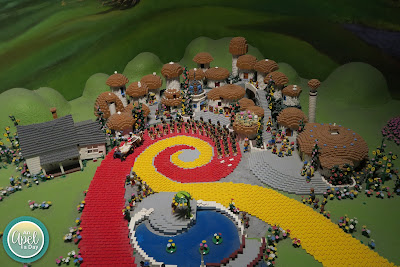 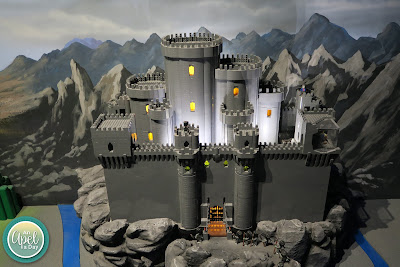 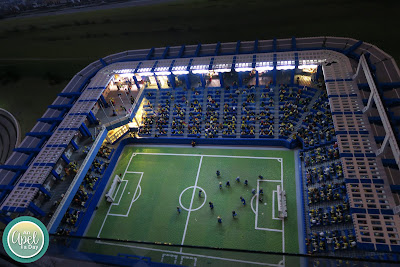 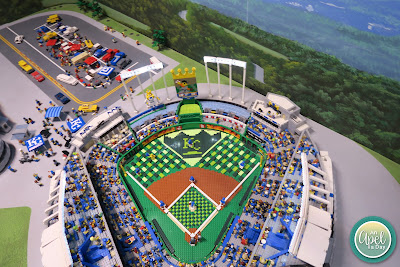 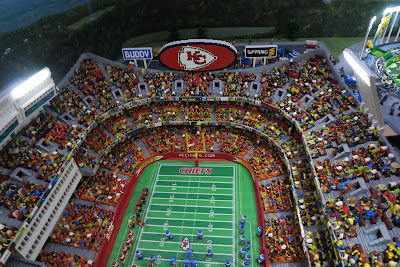 Other things in Kansas City: 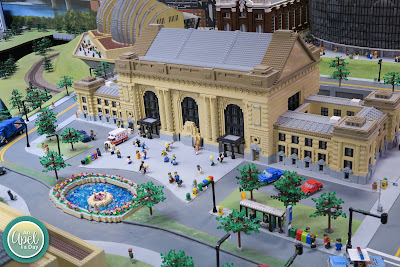 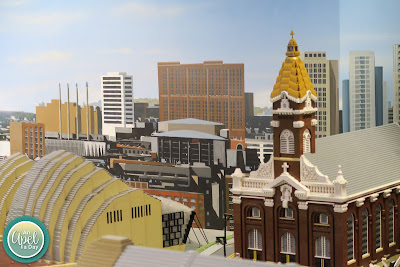 They even have a mini LEGOLAND: 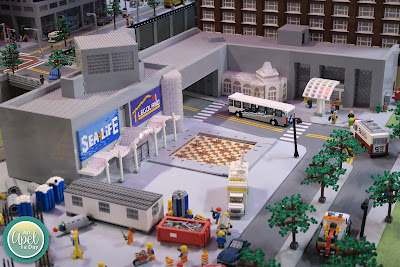 Hot air balloons are hung here and there: 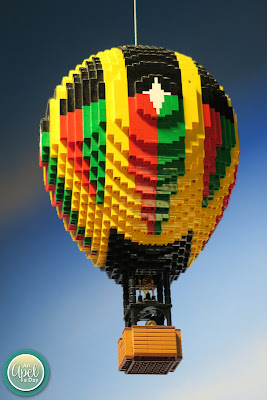 Mica and Isaak got into racing their built cars on tracks, and building towers on boards that you could shake to see if the tower fell.

This sort of tells me something about their ages: They opted out of the ride that goes in circles. They just didn't want to wait in line. Maybe it was too young for them. They also could care less about the climbing Lego gym. That seemed geared towards a younger crowd. But remember their audience is for ages 3-10. Isaak's 9 and Mica's almost 12.

We all had a great time! Our friends were still at the Crown Center. We met back up with them. They bought a few Lego toys for their boys.

Dream It! Draw It! Build It! Then put your creation on display in the LEGO Ideas Studio!

The LEGO Ideas Studio is all about creativity and building brand new, unique builds, and is found only here at LEGOLAND Discovery Center Kansas City! With LEGOLAND Discovery Center's Master Model Builder as your guide, you can become a brick engineer, architect or artist in this brand new attraction! Come up with innovative ideas for builds as you gather inspiration from dozens of amazing LEGO creations around you. Then, draw your original ideas by plotting out your build on special brick-paper made specifically for designing LEGO blueprints. Once complete, display your totally-original, awesome builds for all to see on one of the Cool Creations display shelves!

Disclaimer: I was offered 4 tickets to go to LEGOLAND in Kansas City for writing this post.
Posted by An Apel a Day at 11:13 AM

OMG! The whole Wizard of Oz bit would have me giddy about going there. I'm a HUGE fan and would want to scoop it all up and bring it home with me!

I love Lego Land! We went to the one by Chicago and it was similar to this one. It was a really fun way to spend the day!

I love that the Kansas Legoland has Wizard of Oz displays. That Dorothy looks kind of creepy though. I do love the Yellow Brick Road and the castle!

When I've taken the kids I watch to the Atlanta Legoland, I've found much the same as you – that the little ones seem to enjoy it more than the older ones. With the right age, you can spend hours there!

OH MY
I love LOVE that it is Wizard of Oz!!!
HOW FUN!! Love the star wars too!