We live by one of the best zoos in the world: Henry Doorly Zoo. It was awhile, since we've visited, so we decided to go on Sunday.

We mostly stayed in the new African Grassland, since we've never seen it.

They have a ton more to see:


One could literally spend all day there. There is over 130 acres of exhibits.

If you're one that's against zoos because animals aren't in their natural habitat: Henry Doorly Zoo has The Center for Conservation and Research. They do their best to keep animals in their habitat. They won't let people around some baby animals. Newer, bigger areas are constantly being built to give the animals more room.

One of my favorites was the shot below. I stayed behind taking pictures, and spotted this money breastfeeding her baby/toddler. Yay for Momma Milk! 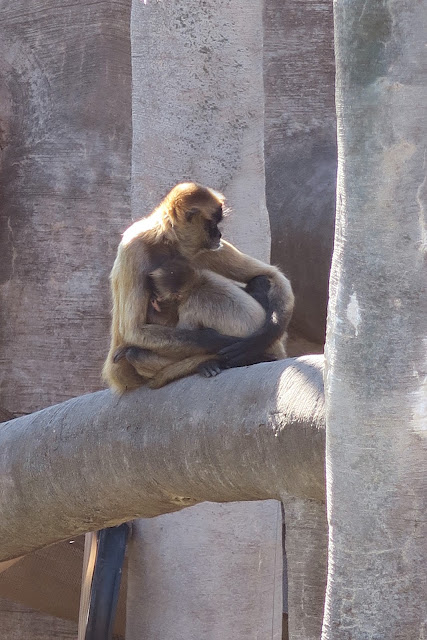 Below the money area is a ton of coy fish and ducks. They go crazy for bread crumbs, which they sell in dispensers. 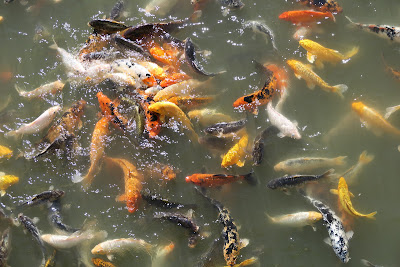 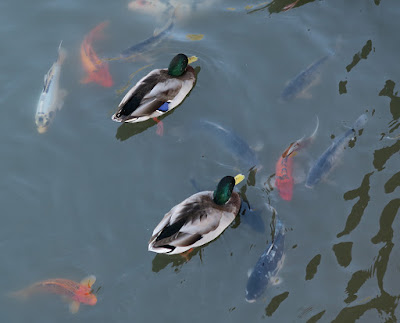 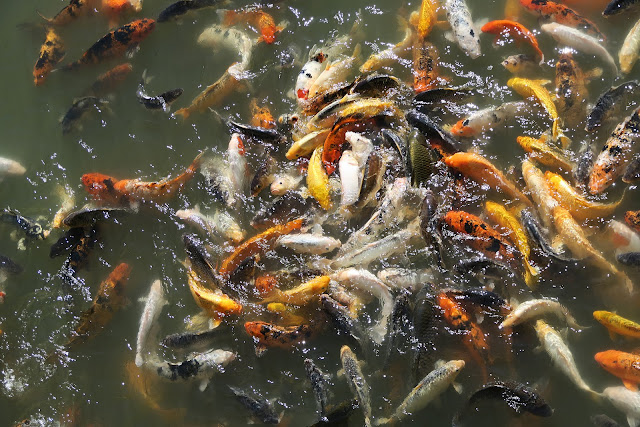 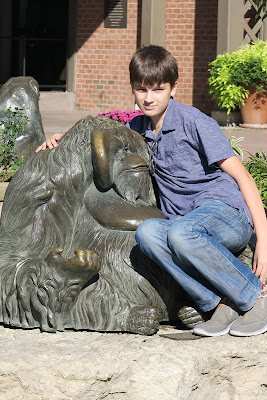 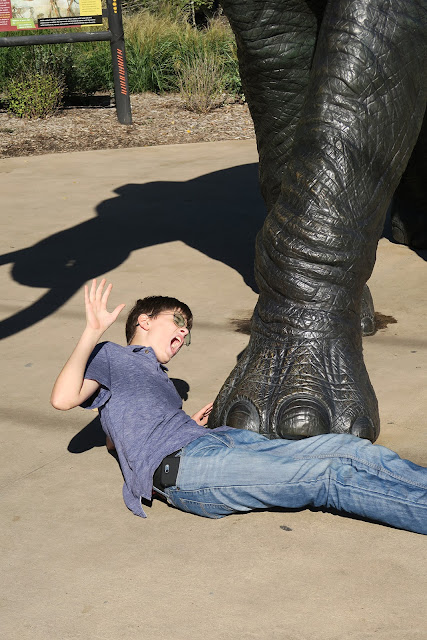 Mica was being crushed under this wooly mammoth: 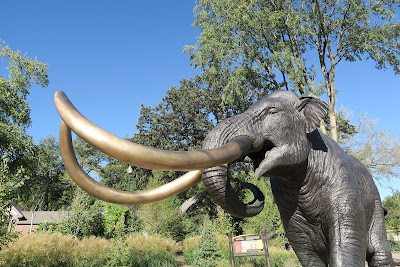 I bet Isaak didn't realize his hand was resting on the orangutan's boob. 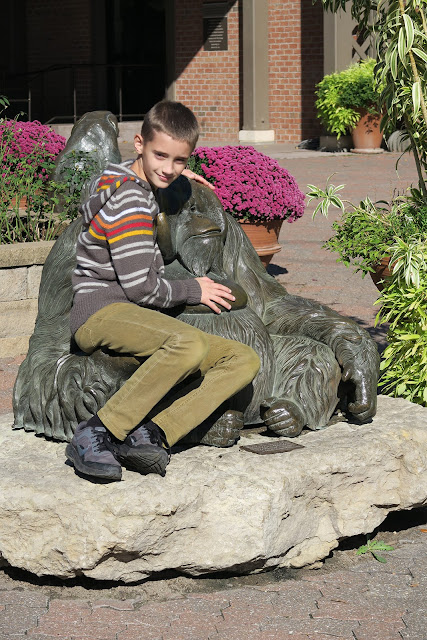 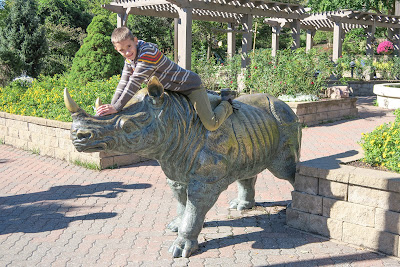 I could stare at the giraffes all day! I just love their hight, pattern, and how gentle they are. There was a spot where you could touch them if they came to you. I missed it. 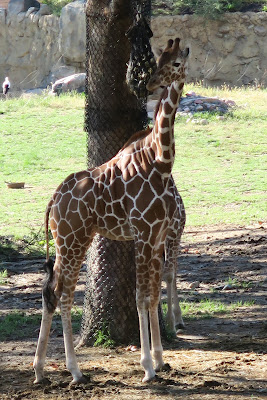 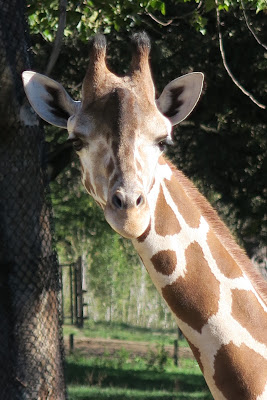 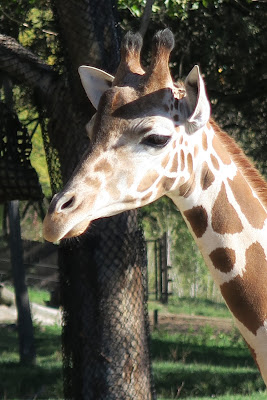 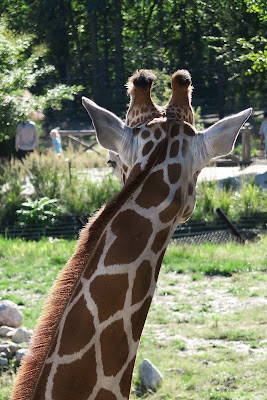 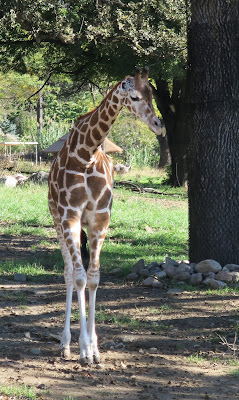 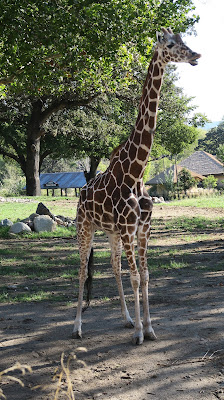 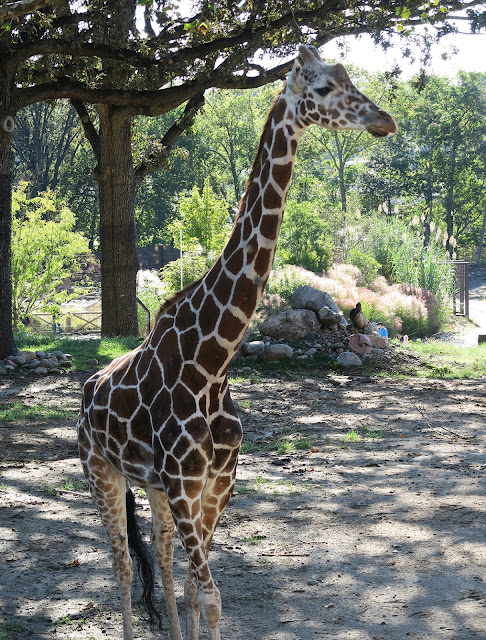 I was shocked and sad when we went to see the elephants, and there was a sign saying, "Due to large amounts of rain, we're fixing up the elephant's slope. Excuse our mess." I thought I wouldn't see elephants at all, but they just moved them down aways. 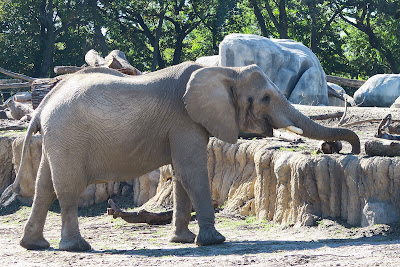 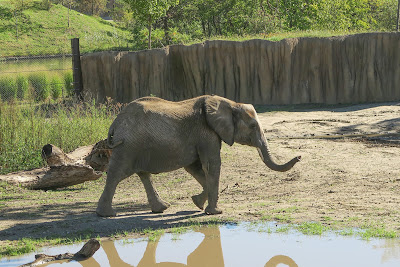 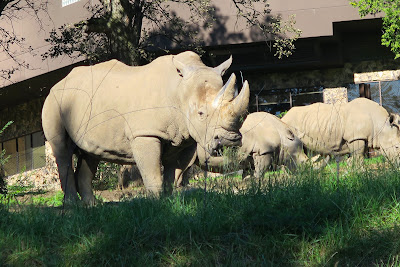 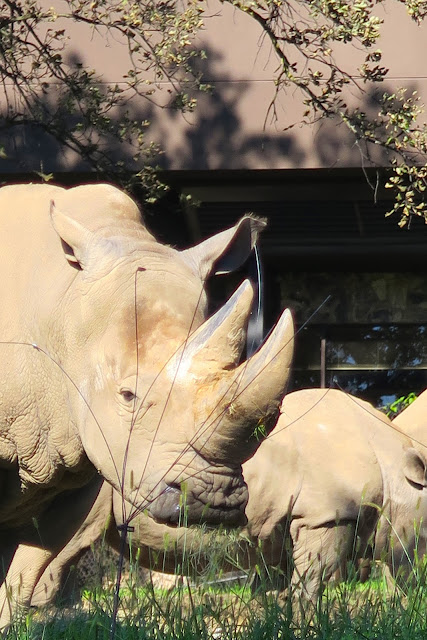 Great zoo you have Alissa...I haven't been to the zoo for quite some times! But we have seen at least 3 here..Bronx Zoo, Queens Zoo and Central Park zoo. I can't help but cracking up looking at Mica and Isaak's photos :)

I love all the animals, especially the giraffes!!!
The boys look like they had fun too!!

You got some great shots- love the giraffes!

You have awesome animals at your zoo. Ours sucks so I never go to it. We do stop at the one in Chicago every now and again because they have a lot to see and do there.

Great pics. Looks like a wonderful day out. I love both of our zoo. We have one in San Francisco and in Oakland.

I've been to that zoo. :) You're right, it's awesome. Rhinos are scary to me, they look so so so fierce! lol on the Wooly Mammoth picture, that's cute.

Great photos! We used to go all the time when the kids were younger. It was fairly inexpensive to get an annual pass and our zoo is pretty large, too here in Cleveland. Haven't been in forever!

Great photos - looks like the boys had a great time.

Love the zoo and how much your boys enjoyed it! Thanks for visiting NanaHood!

I love the zoo, but it's expensive. I need to check out the pass from the library next time we go to Atlanta, it's just hard to get and we haven't been able to catch it.

Looks like you had a wonderful time, and I really enjoyed your photos of the giraffes! They are so elegant and graceful. Did you pack a picnic?

@Jessica we didn't have a picnic. We ate a big breakfast before we went, carried water, and my Dad bought us a big thing of popcorn.