My family went to a show this weekend at Joslyn Art Museum called 30 Americans. The museum is free to enter, but their special exhibits do cost money. They happened to have a special free weekend for the show. The show is up until May.

It's interesting...I gravitate to what looks good with color, pattern, texture, a focal point... My husband gravitates to what means more. If I think the piece isn't very aesthetically pleasing I don't even read the description.

Sorry about the glare, but I love the patterns and colors of these two! 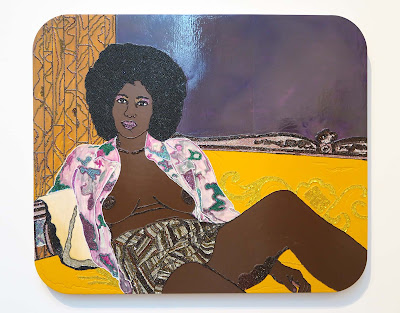 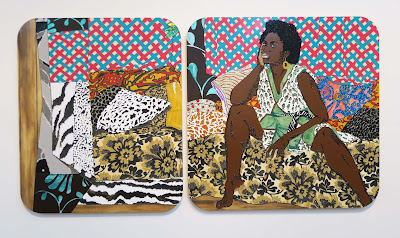 A different artist, but still full of pattern and color! 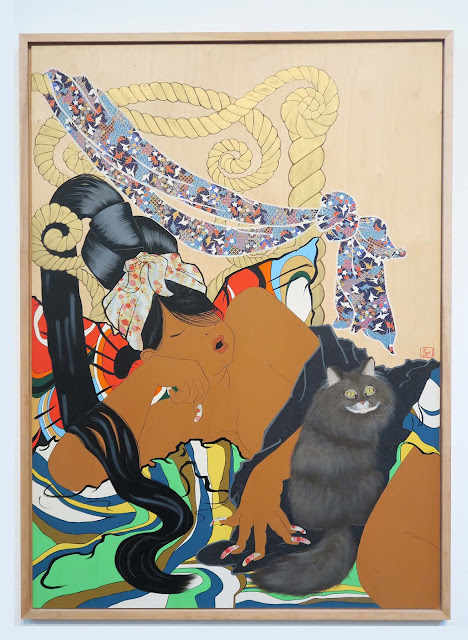 The next piece is aesthetically pleasing, and gigantic! 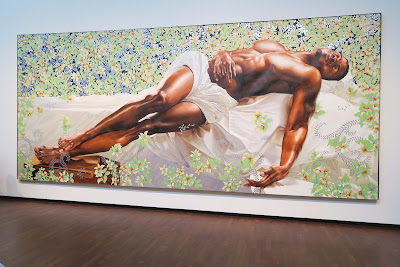 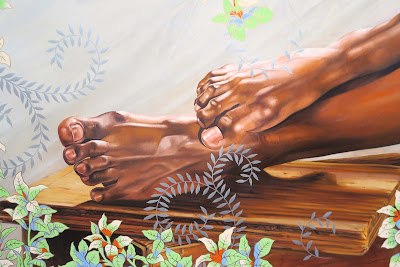 Out of the box thinking Soundsuits by Nick Cave! 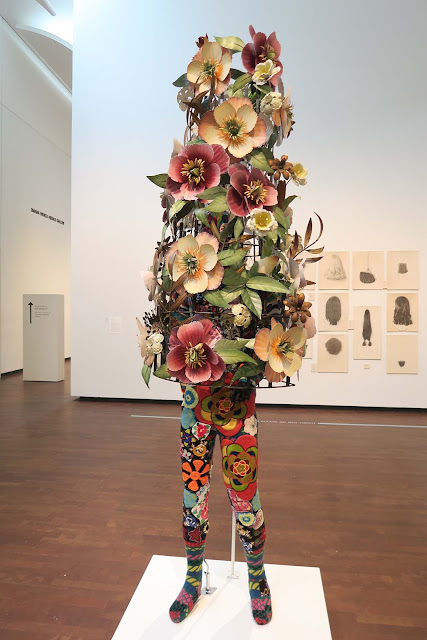 These next ones have a lot of cool visual texture. It looks like a map, or cracks in the ground. 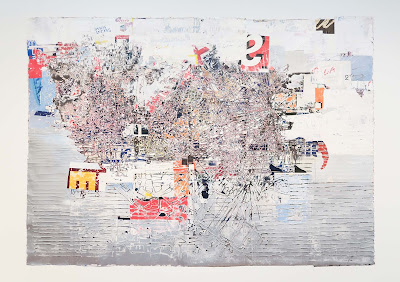 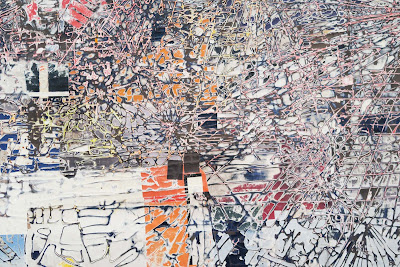 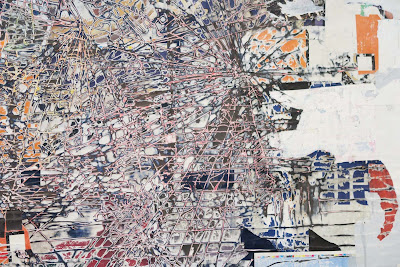 The next two are super organic - made of wood and fibers: 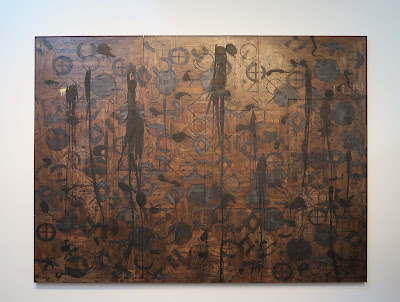 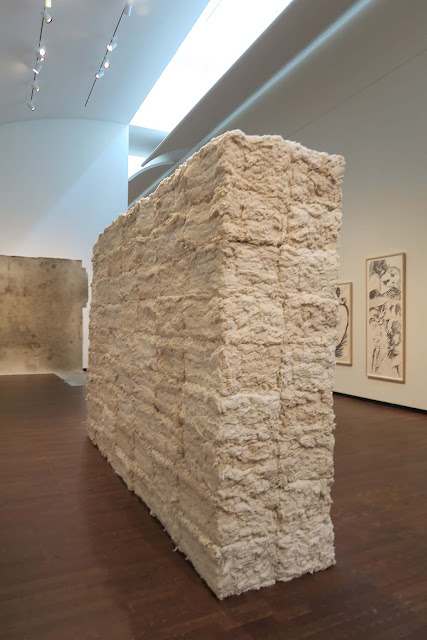 These are the images I couldn't get into. Do you ever feel this way about art? I think art is like music. Some pieces you like, some you don't. Same goes with food. Think of all the egg eaters out there...some people like them scrambled, some hard boiled, some soft boiled, some over easy, some poached and well you get the point. Certain pieces you can't get into. I try so hard to be open minded, but there are some pieces that either A) Don't make me feel anything, or B) Break the rules of art, and it their breaking the rules doesn't work.

The first one has a horrible composition. I hate how that bottom guy is chopped off. 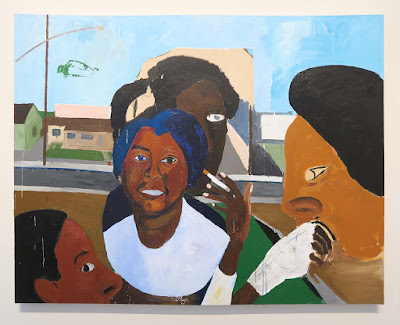 The second one has a great message, but just lacks a focal point. 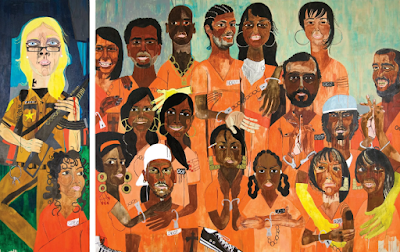 The last one was cool that it was a visual story, but looks like vinyl stickers on a wall, and not high end museum art to me.

Artist's in the Show:

There is some art that wows me, but sometimes I scratch my head and thing wft is this!? Like candy just piled in a corner or a roll of turf laying on the ground. How the hell is that art? I think that's why I like older art more than modern because it feels more creative to me somehow.

Wow, the artwork in that exhibition is phenomenal. I love all the details! Lucky you!

I really like those first two art pieces. Can't say I quite get how that big pile of fibers (if that's what it is?) is called art.