We've had many snow days this year. We refused to let our boys play video games and watch movies all day, every day.

Instead they typed up stories for a writing contest that the library puts on every year, and played board games. 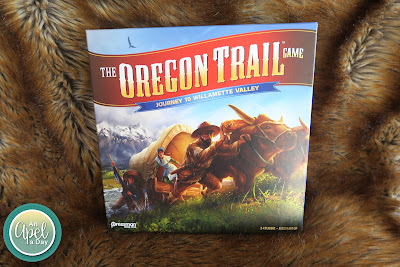 It took us two trial runs before we understood the game totally. Once we got it, it was so easy!

The video on Pressman's site made it easier to set up and understand. 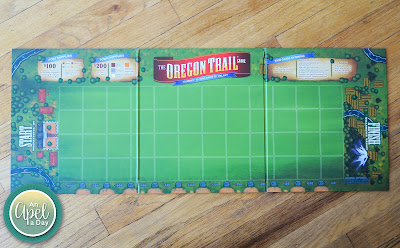 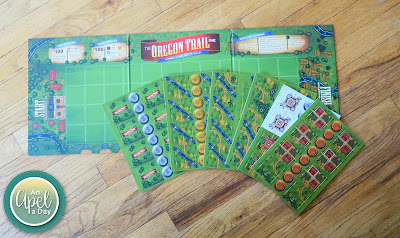 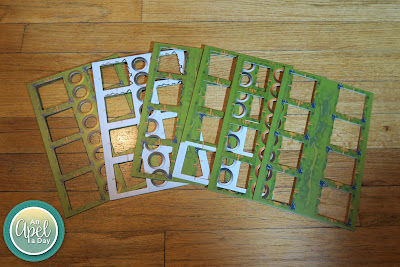 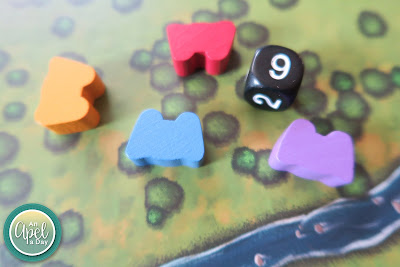 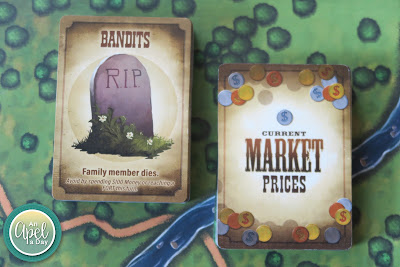 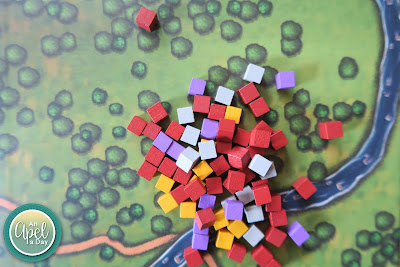 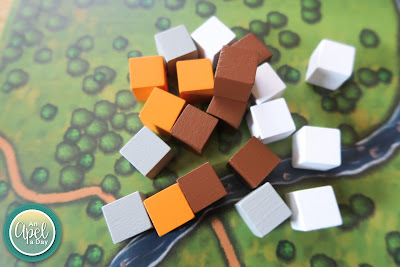 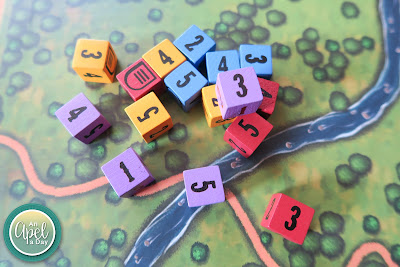 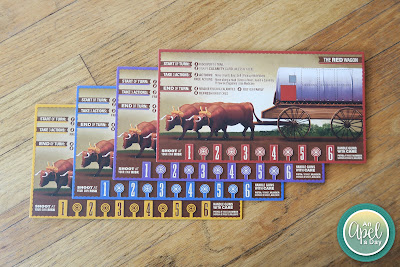 Game Description:
It's a survival game.

It’s 1844: You and your family have joined a wagon train in Independence, MO that is about to head to Willamette Valley to find your fortune in the West! Players will place tiles to discover the trails, rivers, forts, and towns ahead of them that they will move through to this new land. This scenic journey would almost be perfect… if it wasn’t for the disease, drowning, rattlesnakes and other hazards that will plague you along the way. You’ll need to hunt for food to avoid starvation, and with limited wagon space, you may need to choose between supplies and family members to keep moving along the trail. Until, eventually, you find yourself safe, in Willamette Valley. Relive your fond memories of one of the world’s most beloved computer games as you race your friends to victory in “The Oregon Trail: Journey to Willamette Valley.”

Set Up:
Mica watched the video, and set the game up. There are a lot of pieces. I can certainly understand why it's for ages 14 and up. 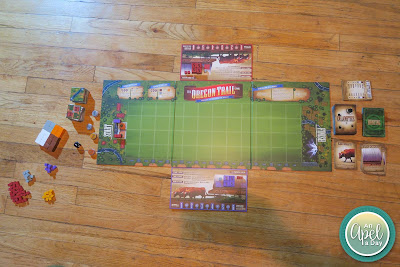 I had Dad join the boys to play a third game. Mica likes to make up rules, or change them to fit his best interest.


The look on Isaak's face says it all. Mica kept changing the rules to the game. 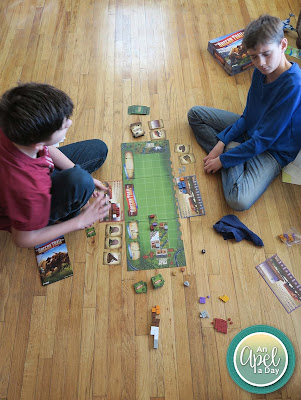 I stopped playing to make dinner. They are so funny to listen to!

Isaak: Aunt Angie would have died in the beginning of the game! There’s no room, for vegetarians.

Travis: You mean there’s no cannibalism? Back in the day they ate people when they were desperate!

Mica: Broke Out in Song, “Feed my family! I got some brothers and sisters with me!” 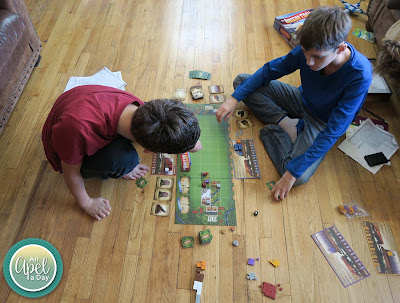 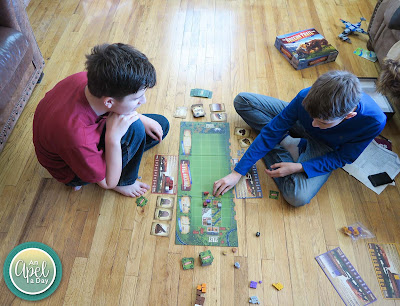 The card in the front of each player tells you the steps, so you don't forget anything. It's important to follow the steps. That's what we had problems with, with Mica. He forgot to do certain things, and wanted to go back to do them. We already had trial runs, so he knew how to play. Even though Isaak's younger he followed the rules pretty well. He did get sad when his people didn't get fed because he was out of money. That's kind of how the game works though.

Overall it was fun! It wasn't a short, or long game. It did seem long because we played it 3 times. They got one game played in the time it took me to make dinner, and serve it. Probably about an hour. I did hear a lot of laughing. It was nostalgic for me. I used to play the game in grade school, on the computer. Travis never played it. He had a limited childhood. Ha!

Where to get it?

Have you played any version of The Oregon Trail?


Disclaimer: Pressmen sent me this game to help with this review. They in no way influenced what I wrote, or my opinions.
Posted by An Apel a Day at 4:13 PM

The computer version was my jam back in elementary school. I think I would die in real life fairly quickly if we had to revert back to living like they did in the 1800's. I'm a vegetarian, so bury me next to Aunt Angie lol.