This is the first year I won't have my boys going out for Trick or Treating. Actually Mica stayed in last year as well.

It's supposed to snow AGAIN! I'm afraid we won't get too many Trick or Treaters. I might be wrong though.

I'll turn on something spookish, for the boys.

Isaak is dressing up in his all one colored body suit; to hand out candy. He wanted all black, but they were out of stock. It was supposed to be all white, but came red. I won his costume, so I didn't want to make a big deal out of it. I thought if it was all black he could be a shadow, or throw anything scary with it. If it was all white he could be a mannequin, or ghost. What does one do with an all red body suit? Ideas are welcome. Otherwise he's happy just answering the door with his all red body suit, for the Trick or Treaters.

Since my work is crazy about Halloween, I went dressed as Salvador Dali. 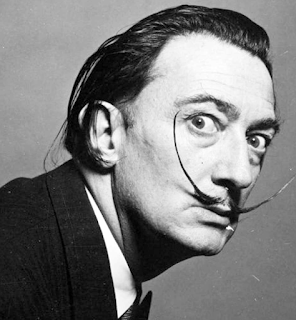 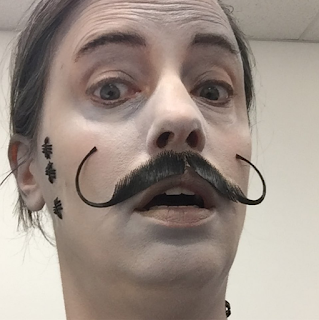 It's an art school, so why not dress up like an artist?

It wasn't expensive! All I had to buy was a T-Shirt that I'll wear other times, plastic ants, a mustache, and I did buy black, white makeup, eyeliner, and black hair spray (all of which I can use again).

I didn't get up any earlier than normal; to get ready.

I couldn't find my face glue, and know I have some.

There were students that didn't get it. I had one student ask me if I was Charlie Chaplin? Not the right mustache, for Charlie Chaplin. I found out first year hasn't gotten to Surrealism yet, in Art History. My Aunt Becky said on Facebook, "Who are you supposed to be?" Ya she isn't into art. I even had a hashtag #salvadordali in the post. Some people just don't read.

I didn't get first, second or third place, for my costume - when it came to the staff. I don't get anything for it anyhow, but I thought it was original, and I fit the part. I also was in my office quite a bit. It wasn't a teaching day.

A little bit about Salvador Dali:

He uses crutches and ants in many of his pieces. 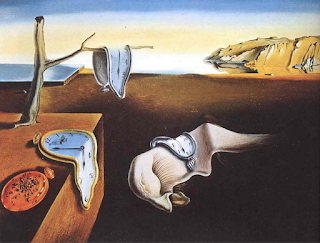 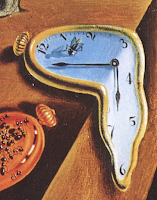 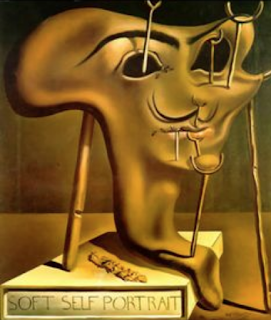 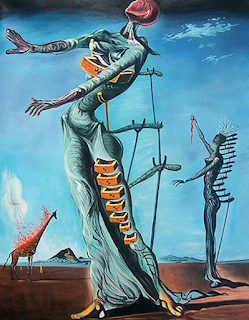 I added ants, and borrowed a crutch from my Dad - put ants on that. I wish the ants were smaller. 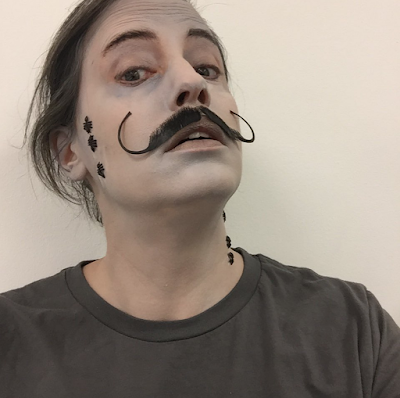 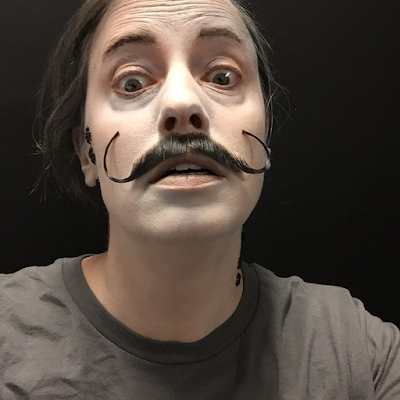 My shirt had The Persistence of Memory on it: 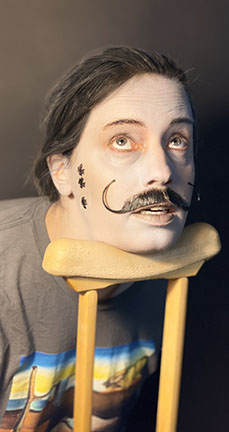 Will you, did you dress up for Halloween?
Posted by An Apel a Day at 3:56 PM

Happy Halloween!! I got the moustache but I didn't know about the crutches and ants until you mentioned. Thanks for that little tidbit!

I loved your costume. So creative! It snowed and rained here, so we only got about 30 trick or treaters. Now I have 30 full size candy bars left over that I'll need to figure out what to do with.

You look fantastic, Alissa! Love your creativity and for sure it's very unique... Happy Halloween...

Always love the unique ideas you come up with for costumes!

I didn't dress up. That's a bummer that the suit came red!!!! They could have at least notified you and asked if you wanted something different. Insert eye roll and apology here. My son was a sumo wrestler. He had this all-one color sumo wrestler suit that inflated and deflated fast. It was funny to see him try to run. He's been saving his money for a rainy day. The rainy day was the costume. He bought it with his own $. Your costume is awesome. I looked around Facebook to see what you were. You always come up with creative ideas.