Get Off My Lawn!

I think I'm a pretty patient person. I can talk down a crying, panicking kid. I'm great with any kid young, old, or even adult coming to my house to Trick or Treat.

There somethings I will only put up with, for a little while.

Travis came home from Isaak's basketball practice last week saying, "I just can't stand the older kids getting in the way of Isaak's practice!" I asked if he said something? He replied with, "No it's not my job."

Who's job is it than? Coaches at the Y don't get paid. When I went to Isaak's basketball practice this week; I made it my job to say something. I said something 3 or 4 times actually.

I let the older kids shoot for about 5 minutes into my son's practice. Then I said, "Hey guys could you kindly not shoot hoops, or bounce the ball, while these guys have practice. It's hard for the coach to talk, while you do that. We're paying for the gym right now." They looked at me like, Really lady!?

They left. Then they came back again. Their body language was like they want to flip me off. I said something again much more stern.

Two of them proceeded to dribble the ball up, down, and around the curtain. Every time looking at me. I got up, and sat down on the floor, right by the curtain.

Then much older guys came in to use the gym. They actually started out pleasant by asking when the gym would be open. Ten minute later they grew tired of waiting, and didn't just play in the practice space, but dunked the ball several times. The younger kids saw this, and lost total respect to join them. I went over and said, "Can you guys do this later? My son, and his team are in practice? The coach can't even talk to the team." One of the older guys said, "We're not distracting!" As he was hanging off the net of the hoop. I said, "Ya you kind of are!" The coach piped up and said, "Ya you are. Play later." 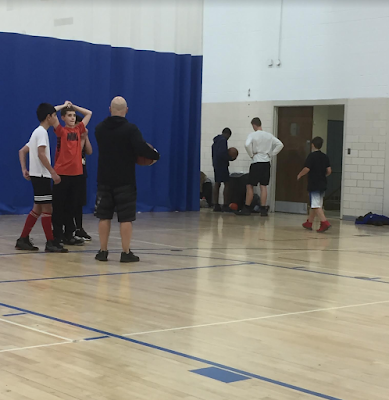 Once another Mom sat down, for the next practice I asked if the older kids were a problem the week before. She said, "Yes! Our coach had to cuss them out by saying, 'Get the hell out of here!'"

As I left the Y, I told the staff up front about the punk kids.

Isaak said, "Mom my friend James said, 'Your Mom must really not like those kids!', but he was happy you said something."

I said, "Isaak it's not that I don't like them. I don't know them. I just want you and your team to have a good practice you can hear. I'm paying for you to learn. Next time I should just sit right under the net."

These are things that came to my mind: 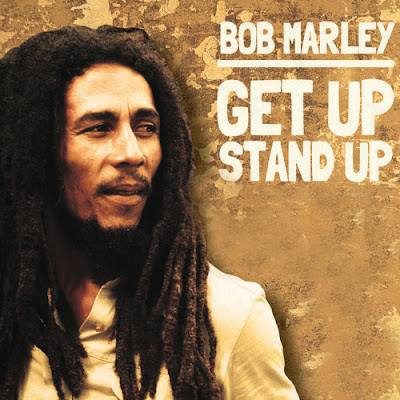 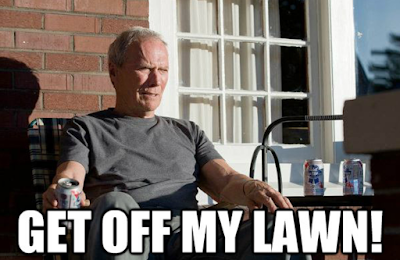 I used to be so shy, but with being a teacher I got over that! I don't believe respect for older people is always needed, but instead respect the situation. An asshole adult may not deserve respect. Maybe I was that asshole adult that day. I started with asking nice. It was my son's team that was paying for the space.

It isn't just the punks showing up on the court, when my son's team was in basketball practice...

It's also my own students. I have for the most part the best student ever. I have three that horse around in lab. Ok, so it's their time to work. If they don't want to do that, their loss. The same three all get on their cellphones when I'm in lecture. I stopped my lecture to say something. I just haven't been in the mood to put up with disrespect.

What's something you can't tolerate? I believe we all have breaking points.
Posted by An Apel a Day at 11:06 AM

Email ThisBlogThis!Share to TwitterShare to FacebookShare to Pinterest
Labels: Basketball, basketball practice, Cell Phones, get off my lawn, get up stand up, lecture

If I am paying for a space, I expect to be able to use that space 100%. I think you absolutely did the right thing asking the other people to wait until practice was over. The security at the Y should have stepped in and asked them to leave before it even escalated to you having to say something.

I'm super patient and laid back, but when it comes to my kids, beast mode comes out if I think you're messing them around. Allison had an issue with a senior girl at school this year. They were great friends last year, but out of the blue, this girl decides Allison isn't cool enough to hang in their group. She did a few petty things to hurt Allison's feelings. Anyhow, we were at the grocers and Allison got all weird and started pushing me down an aisle. I was like WTF is your problem? And she was like I just saw Rebecca's mom and I was scared she was going to say something to me." And I was like, "Oooh, girl! Let her say something to you. I have a few choice words to say to her about her daughter's behavior! Where is she at?" Allison said, "I actually didn't want to you see her because I knew you'd get all loud with her, that's why I pushed you down the aisle. I know how you get when it comes to us kids and it isn't pretty when you're mad!" LOL

Also, rude behavior pisses me off too, when I've shown courtesy. When we were in NY, I stepped aside so I wouldn't get in some people's photos and patiently awaited while they took 500 in front of Times Square. Then, Mariah stepped up to get her picture done and that same group did not have the same courtesy to step aside out of my frame, instead stood there looking back through their 500 snaps. So, I loudly went "PSSSST!" They looked over, I pointed at them, then made a hand gesture for them to move aside. The girls were mortified and said I could have handled it nicer, but there are just some things that I feel need a more direct approach, even if it comes off bitchy on my part.

I'm with you 100% Theresa on everything you mentioned! I wanted to smack that kid that was teasing Isaak about his hair that he was so proud of. That girl that isn't treating Allison with respect - what the heck! She's such a beautiful girl! I really don't miss the asshats in middle and high school!

Allison is one of the nicest people (a bit flighty and self centered at times though) so it's baffling to me why anyone would be mean to her. I imagine it's because, like Isaak, she's sensitive and that tends to make our kids a target to get picked on. I'm sure you and I will both be glad once they are out of middle and high school and away from all of that pre-teen and teenage drama!

I would do exactly the same, Alissa! Those punk kids.. They really need someone to say the right thing in front of their faces and we really got to stand up for that. I tend to do the same thing when I see such injustice or rude behaviour..

I hate when my students have side conversations when I'm trying to teach. Or when they walk in and put their head down like they know it's going to be boring. I know they're just kids, but both things annoy me and I always say something. Kudos to you for sticking up to the kids who should have known better. They shouldn't even be allowed on the court when someone else has paid to be there.