Mica drew this for me yesterday: 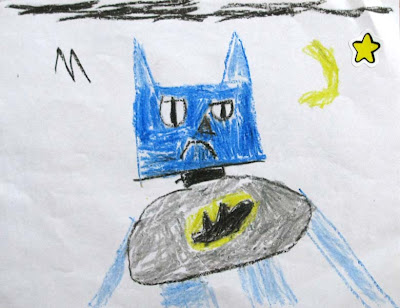 Truth be told: Mommy doesn't really like Batman. It is a super good drawing for age 5 though!

The "M" stands for "Mica". He's been kind of lazy, and has been putting just an "M" for his name. I'll have to push him to write out his name because school will want him to. I do love him using his individuality though!

Mica's never seen Batman, so I wonder how he got into it? He likes all superhero's right now though. 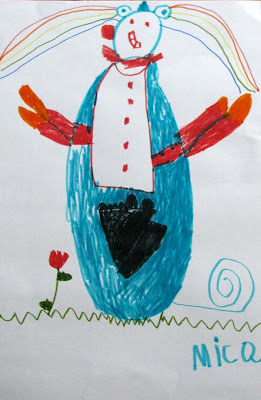 This drawing has been hanging on our fridge for about a month. There is something we like about it. I like that it doesn't look a lot like the original and is interpretive. Usually Mica gets so hung up on his drawings looking similar to the real thing. Mica colored him blue because we didn't have a grey marker. Whistlefritz is a Spanish cartoon that we won. It surprisingly holds the boy's attention. 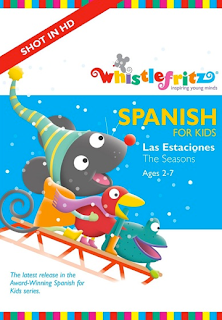