Isaak's eye got like this so fast. He woke up from his nap, we went to our family gathering and his eye was like this during dinner. 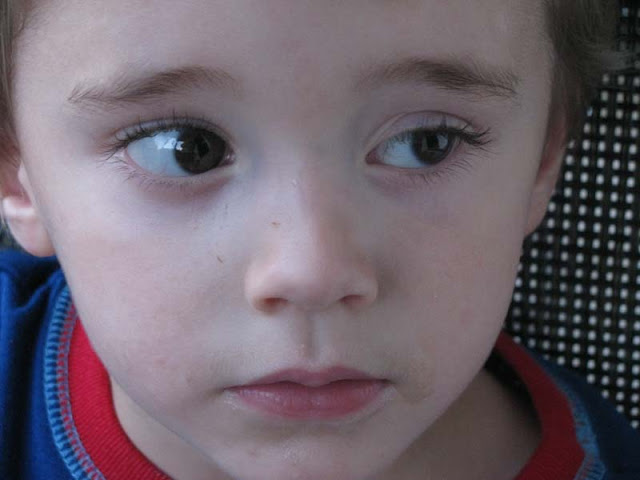 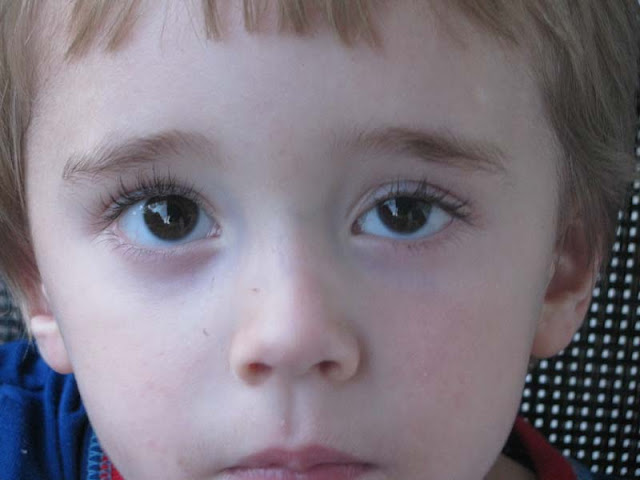 One eye is sluggish. It's not really puffy, it's just sluggish looking. I have no clue what's up with it. I called the doctor's office and talked to an on call nurse. She said that the most common thing with kids this age is a mosquito bite. But it's not puffy! How do you describe an eye that is small or sluggish then the other over the phone? I felt like telling her, "I'll post a picture and you can look it up on your end to see what I'm talking about."

The nurse listed off things that would make the situation worse: Fever, other areas on his face sluggish, and him overall uncomfortable. He has no other symptoms. 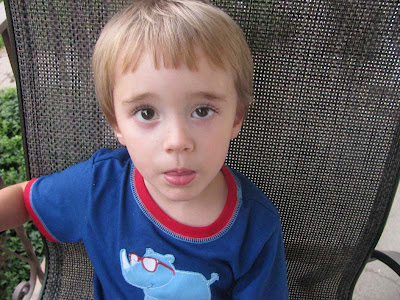