This Afternoon There Were Five Boys Playing in Our Backyard

Cousin Emerson isn't doing so well all the sudden. The doctor did a home visit and said he is stable. I was about to head over to see their family. Instead Grandma Spiehs called me and said, "Can I bring over two little boys and stay there to?" I said, "Of course!"

Nephew Elijah, Nephew Evan, Mica and Isaak got to play. It's good because Mica used to play with Evan all the time, but now doesn't get a chance to. Then Jack from next door came over to. They ran up and down our hill, they played that their swing set was a spaceship and then I got them all snacks.

In the first image Mica is blasting off, out of the pretend space ship. In the second image, Evan and Mica were pretending that I was an alien about to attack them. They were shooting me. So much for not aiming a gun at someone. I used to be a mom that said, "I'll never buy guns for my boys!" When I saw them turn anything into weapons, I changed my mind. Plus Nerf guns and pop guns are so much fun! Boys will be boys. 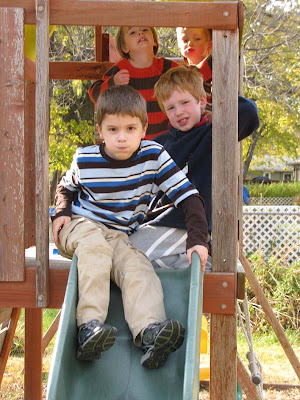 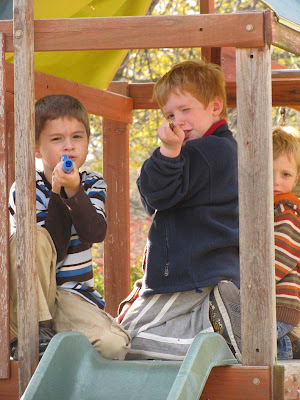 I sure hope Cousin Emerson does ok. He had a really great month last month. He's such a sweet baby! I just got his Christmas present in the mail yesterday. I won part of it from For Your Bug a Boo from the site Mom Spotted! I really love both things and think Aunt Terra will to. It seemed like a perfect gift for baby Emerson! Get better baby!!! 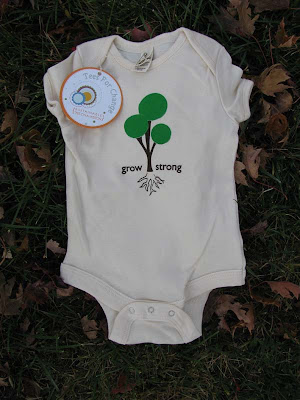 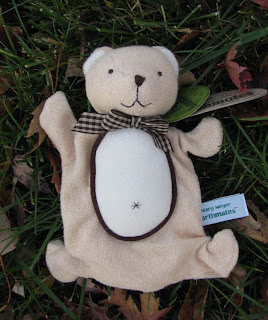 Praying hard for Emerson. The kids look like they are having a blast!

Have a blessed Sunday, A!

I hope Emerson gets well soon.... so sad to see a baby suffer.

On a lighter note... the boys sure had fun playing and you are right... Boy will be Boy and they if they are like most boys or men.... they will always be boys. Boys and their toys.... thats what I tell my Hubs...

You know I am praying for all of yall...
that is a cute gift for him...
hugs to you