The little tadpoles we got are starting to get legs. 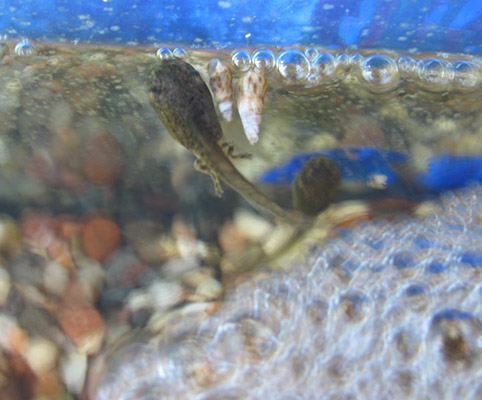 We have 7, or so. I told the boys that I think they should all be named girls names, since I'm out numbered.

I started rattling off names. Mica kept saying, "No not that one." So far they are nameless. Then I was thinking that maybe they could be named character names instead of girl names. What would you name them?
Posted by An Apel a Day at 2:39 PM

Ooo I'm terrible at choosing just one name haha. It's so bad my girl has 4 official names in her BC, not including her last name :p

My boys would LOVE those.

I agree with the character names! And I'll second Rosey and chose all girl names too- Baby Miss Piggy maybe? lol