I Hope Everyone Had a Safe Fourth of July!

We didn't get a lot of firecrackers.

Does anyone else feel like when they buy firecrackers they are just blowing up their money?


I don't know if you can see it, but there is evidence of a S'more face here. 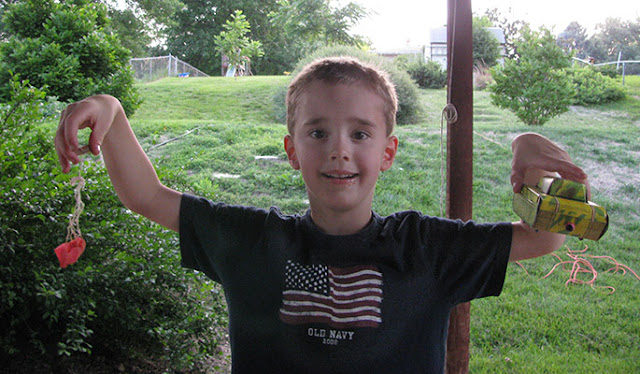 Daddy questioned getting sparklers. He thinks they are super dangerous. They are, but the kids had fun with them. Isaak moved around so much, that I couldn't get photos of him with a sparkler. 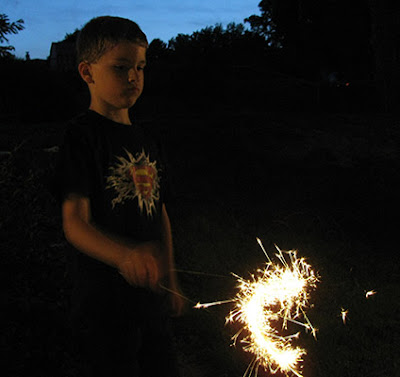 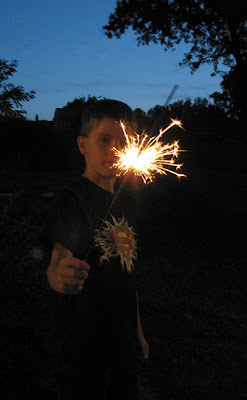 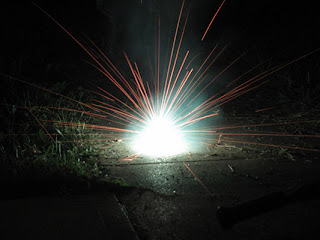 We got a few firecrackers, meaning $50 worth. As far as firecrackers go, that's not a lot. Our neighbors buy a lot, so we mainly just watch theirs. Our boys kept asking to light off more. They are not buying them though. Firecrackers just became legal here not too long ago. Now there are stands at many grocery store parking lots it seems. 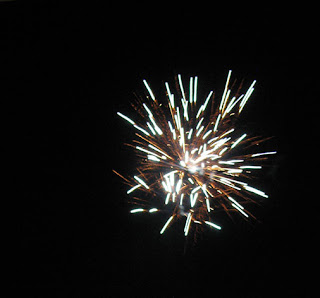 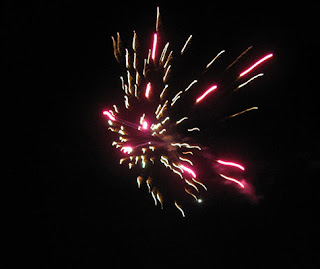 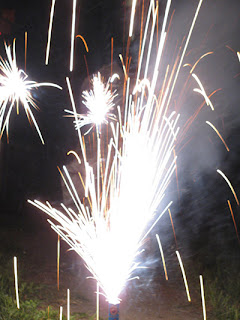 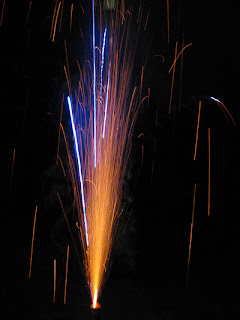 Daddy made a fire, I roasted marshmallows for the boys to make S'mores.

I bought the typical food for the Fourth of July, but since we're getting a new kitchen floor, and it can't be walked on I didn't make much of it. In fact we went out for breakfast this morning to avoid walking on the floor.

Now I feel like one of those old people that puts plastic on their furniture to prevent it from getting dirty; only I want to do this to the floor. By the way I won't. I get the dropsies some days. It just feels like on those days I'm destined to spill things on our floor. *Note to self: Lose the dropsies!

What did you eat on the fourth?

We had brats, corn, and a ton of veggies that were left overs. What I didn't dive into was the watermelon I bought. I thought about making some sort of dessert with red and blue berries, but S'mores were enough.
Posted by An Apel a Day at 2:42 PM

Fire crackers are so expensive. I never did like buying them. I used to buy a few sparklers and that was about it.

YES - it's a huge waste of money. And they're illegal here in MA (except for the professional displays), so if people want to buy them they have to go to New Hampshire or Rhode Island....and hope they don't get caught setting them off in their yards.

I haven't purchased any since moving because they are illegal here BUT even where I used to live I didn't by but maybe $15 or so. Just so expensive but when the boys were young they did enjoy the little snappers, sparklers etc. We would try to go somewhere to see the great fireworks displays in the larger cities. Always beautiful but the crowds can sometimes get out of hand so we haven't taken GG yet. Just as well because the small town we now live in had just enough making it much easier than dowtown!

We don't buy fireworks. I tell my husband that's pretty much just setting your money on fire. Well, I take that back. We do buy a few boxes of sparklers, but that's it. Then we go to the cities firework show. It amazes me the people that fork over several hundred dollars for their firework show. Insane!

we bought sparklers *still in the box, as we never did anything with them... lol...
and it has been raining so much, we didnt go watch, but heard neighbors doing it for like 4 nights now ;)

I don't buy them since my Daughter is grown now. They are a huge waste of money.

I feasted on food the entire July 4th weekend. It's been a while since I've had S'mores; sounds good. Fireworks are illegal in IL so we didn't purchase any but the "plain Jane" ones.