After going to the Badlands we had a ways back to go to our campsite. I should have listened to Daddy when he said, "Maybe we should spend the night near the Badlands." I said, "No there's so much to do at the KOA we'll be at. Plus it will be a pain in the butt to pack AGAIN, move AGAIN and we'll be closer to home if we drive back to go home the next day. It sure would have been nice to stay in Wyoming a little longer.

For some reason the ride back to our campsite from the Badlands seemed shorter than our way there.

The boys had fun at the Badlands and at KOA. It kind of stank because we were gone so much during the days that we were at our campground; that we didn't have a whole lot of time to do fun things there. They have so much to do!

These are the free activities that come with the campsite fee: 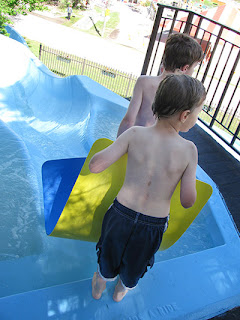 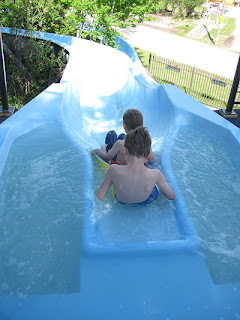 It ended up being too cold for Isaak, so Mica did it alone a few more times. 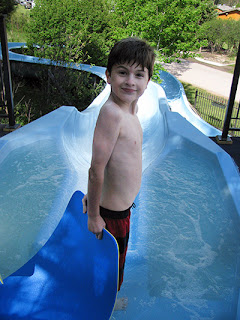 Waiting for a paddle boat. 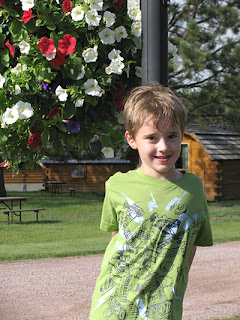 They may look like they are getting along, but looks are deceiving. Whatever was in the middle, they were fighting over. 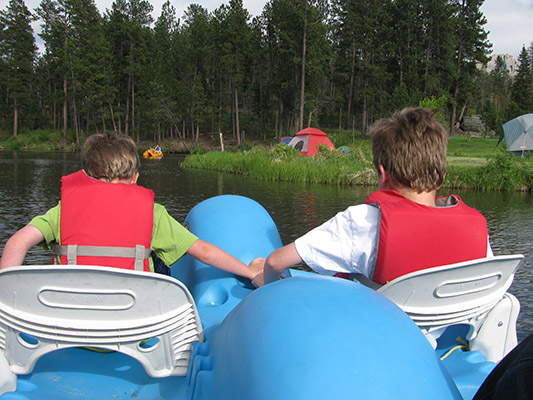 I think Daddy had an ok time. 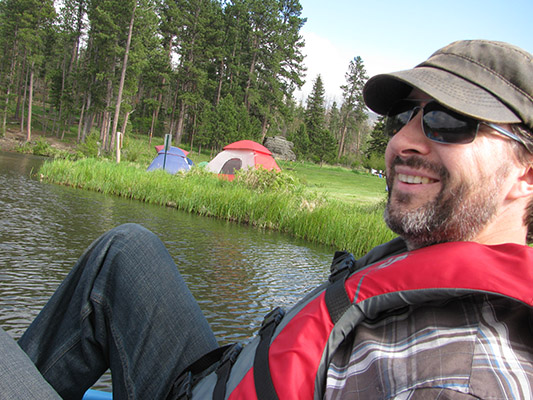 Mica likes to control everyone by telling them what to do. Isaak ran a head. He kept taking the ball and moving it with his hands. That's what five year old do. 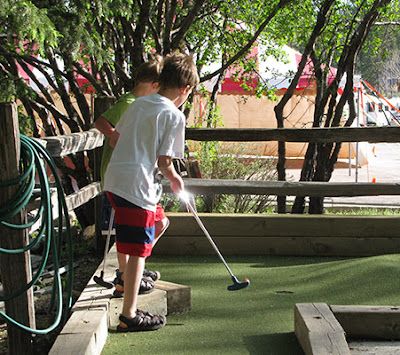 Then Mica hit his ball in a hole; he was amazed that the ball ended up in an entirely different spot! They kept putting the ball in one hole and watching for it to come out a different hole. 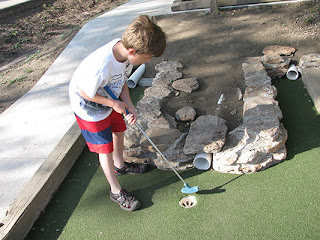 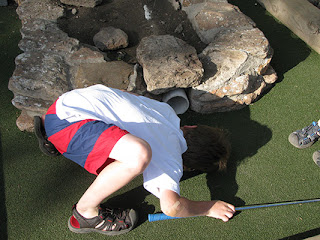 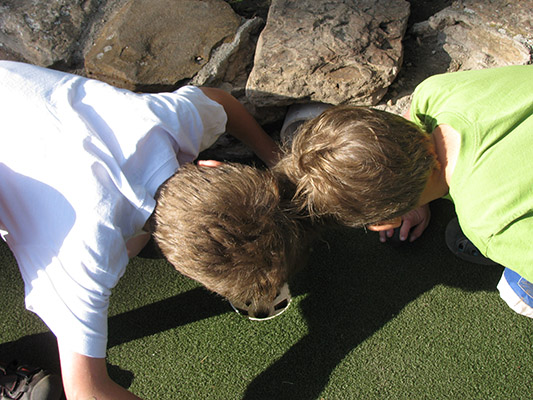 Other things you can do, but you need to pay extra for are:
We only ate pancakes and got a few things in their shops.
This was our view from the campsite: 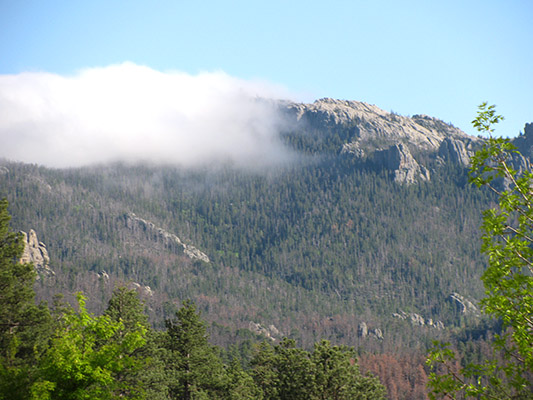 I liked KOA. Especially this campsite. It's so close to Mount Rushmore. I've been to other KOA's that don't have as much to do. This one rocks!

If you do ever stay in one of their cabins make sure you bring bedding. We almost didn't thinking, Oh we're going to be in a cabin. Good thing I did get our sleeping bags! Our first cabin in Nebraska did have bedding. This one didn't. They also didn't have a refrigerator. That's another thing that makes a trip better. Their stores were a bit on the high end, but it was nice knowing you could get something you may have forgotten.

There were only a couple bad experiences.

There is a KOA right up the street from me. I flat out refuse to camp, but I've heard good things about KOA's!

i am not a "camper" i need a hotel if travelling... i know, that is sad to say... but just being honest... looks like yall had a great time though

Looks like a fun campground! We go almost every weekend to a local campground and have been doing it for almost five years. There's definitely a lot of fun memories from it.
My father and step-mother, before both passed away, used to travel all over the country and work maintenance and office for KOA campgrounds. I enjoyed their stories and they loved being surrounded by the campers.

Maybe he was scared of Brave because of the woods and thinking bears would come out and get him like the do in Brave? I hate to laugh, but that is funny. As is the fascination with the golf! I love the pic where they are looking through the plastic hole!

That is really a nice KOA. I have stayed in a few and they were kind of crappy.