Mesa Verde will take up 3 posts.

It's another great spot on our trip. 2 major things happened there: A) I pushed myself to the extreme with my fear of heights. B) We ran over a bear. 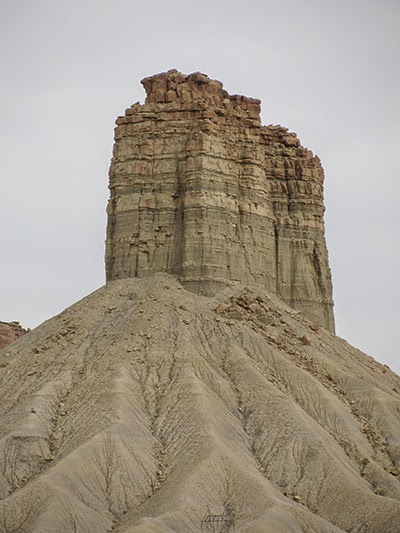 Everyone has mishaps on their ventures. While we'd like for everything to go smoothly it just doesn't always happen.

The biggest no, no that happened last year on vacation was that we all went into the wrong house by mistake. I felt a little like Goldilocks breaking into the 3 bear's cottage. It wasn't anything we meant to do.

This year Daddy was driving on the side of a mountain in Mesa Verde National Park. About 4 motorbikes were behind him. He wasn't speeding. We were just driving along, and out of no where a bear was there. He/she was right in front of our Honda Pilot! At first he thought it was a dog. It was too flat to have been a dog. No one wants to run over a bear!

Up the way there was a Park Ranger. I said, "Go ahead, and pull over into that look out point." We told him what had happened. He wasn't surprised at all. He said, "That's not the first time that cub has be clipped." He just used a pebble gun to pop him, to get him off the road.

The bear was delirious. Probably from being popped in the head with a pebble gun.

The park ranger said to the kids, "Your Dad did everything right. Other people could have died had he not hit the bear." To be honest the kids were so into their own worlds, they barely noticed anything. Before that moment of time I was reading Little House on the Prairie. Pa shot a bear in the book.

The park ranger took our information, but did not ticket us. I think it's just standard procedure to have what happened documented. He also checked our vehicle to see if anything was wrong. There was no damage.

He did look at all my mason jars and said, "What's in those?" I kindly said, "Water. I don't like the idea of water sitting in plastic in the heat." He nodded as if he agreed. I wondered what he thought might be in those mason jars? Regardless it was water in those jars.

As for the bear...I don't know what happened to him/her. :( The ranger went to find the bear, but it wasn't there.

Yep, it anything can go wrong, it will! Murphy was right all along! Poor bear though!

Well, that sounds like a story you guys are going to be telling for years to come. It;s not every day you run over a bear.

That's sad, but it wasn't your fault.

Here poachers kill the bears for their body parts, to sell to the Chinese for medicine.

I like the bears and I've never hurt them when they come to my place, although I have had to get the forest service to come trap them in big "catch 'em alive" traps, then they haul them to Tennessee and let them go deep in the woods.

I am sure that was quite a bit scary with the bear. A few months ago a deer ran in front of my brothers van and hit the van and he had over $2,000 in damage, not to mention it scared the heck out of him. So it is not fun when large animals runs in front of your car.
twinkle at optonline dot net

Wonder what happened to the bear too but glad your family is all safe!

I would freak out if I saw a bear, let alone hit one! Crazy!

Too bad you hit a bear, but good no one was hurt and your car was okay.

great idea to put the water in mason jars.. lol, wonder if he thought you had moonshine :)

I feel bad when my Hubs hits animals. He doesn't mean to but they just run right out in front of us.