I've never had the true flu; until now. I mean the beast Influenza. The stomach flu is a breeze compared to this crap. I always heard it feels a bit like you're on your death bed.

Dad got it when I was prego with Isaak. They were low on flu shots then. He was late in the game for getting Thamiflu, and was out of work for 2 weeks. He's one of those people that's always like, "I never get sick." Then when he does he's a big baby that I love. I was lucky that I got the flu shot that year. I was one of those high risk peeps that could get it because I was pregnant. Influenza is highly contagious.

Luckily I got on Thamiflu early, Isaak got on it early, and Mica's on a preventative dose. Experts say to get Thamiflu within the first few days of getting the flu; for it to do its thing. Technically I still don't know what all this beast of bug can do because we're lucky enough for meds.

I do know the first person in Iowa died from Influenza just yesterday, or the day before. My couch days are running into each other. Instead of being pissed about having this nasty bug I'm thankful for modern medicine. I'm thinking of this sweet little girl that died of the same thing we have. They say that people with weakened immune systems are the ones that have to watch out for the flu. True, but look at this little girl that died. She was perfectly healthy before she got Influenza.

Death from Influenza can happen to anyone. Thank goodness we have modern medicine to help prevent the flu, and help when the flu shot isn't the right strain. It really is a guessing game to get the flu shot right for the following year. Look back in history at how many people died of Influenza back in the pioneer days.

We're pushing through it! Even with the grumpy face, and pale white skin. 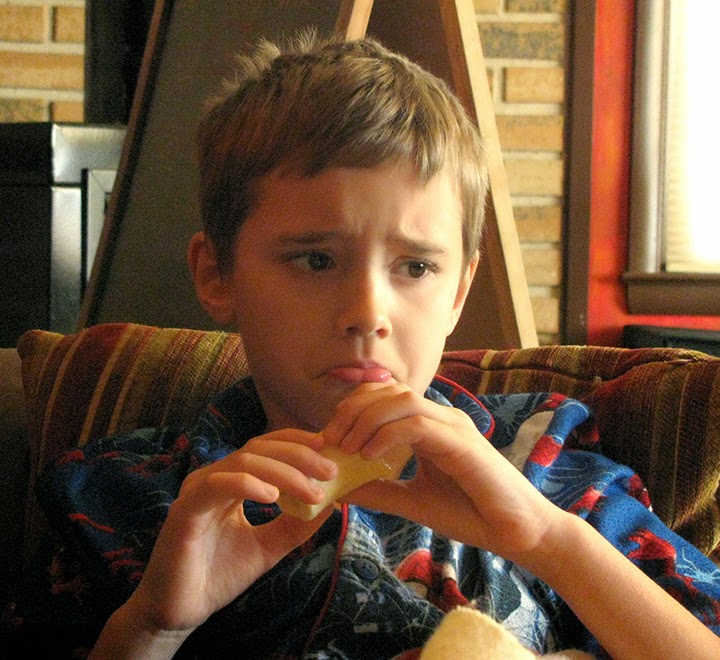 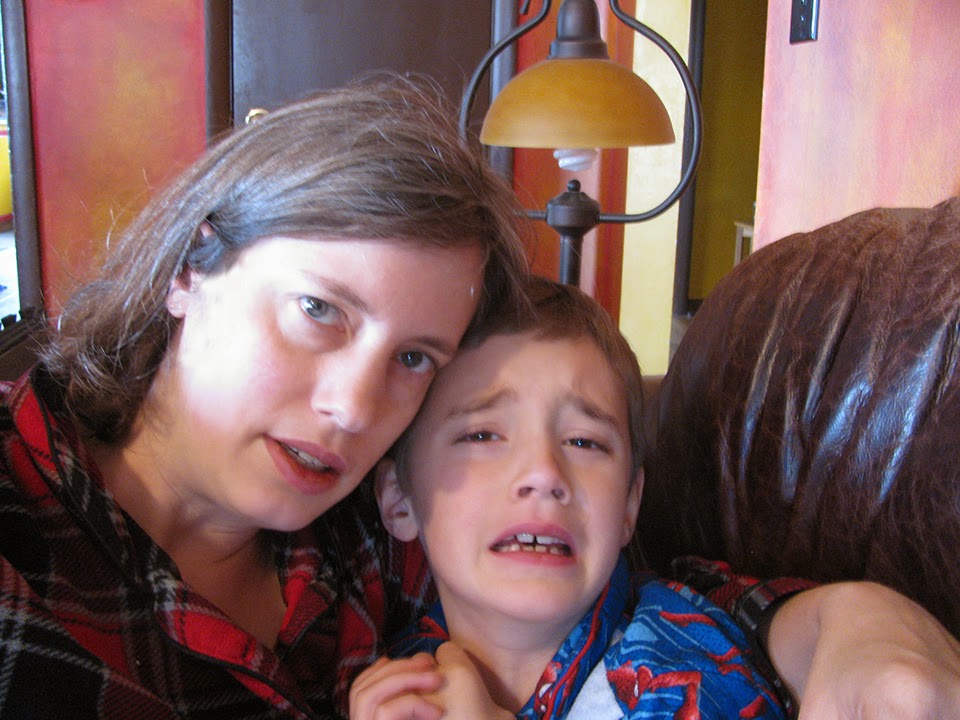 Lots of Sleeping! That's the only time Isaak doesn't have the grumpy face! 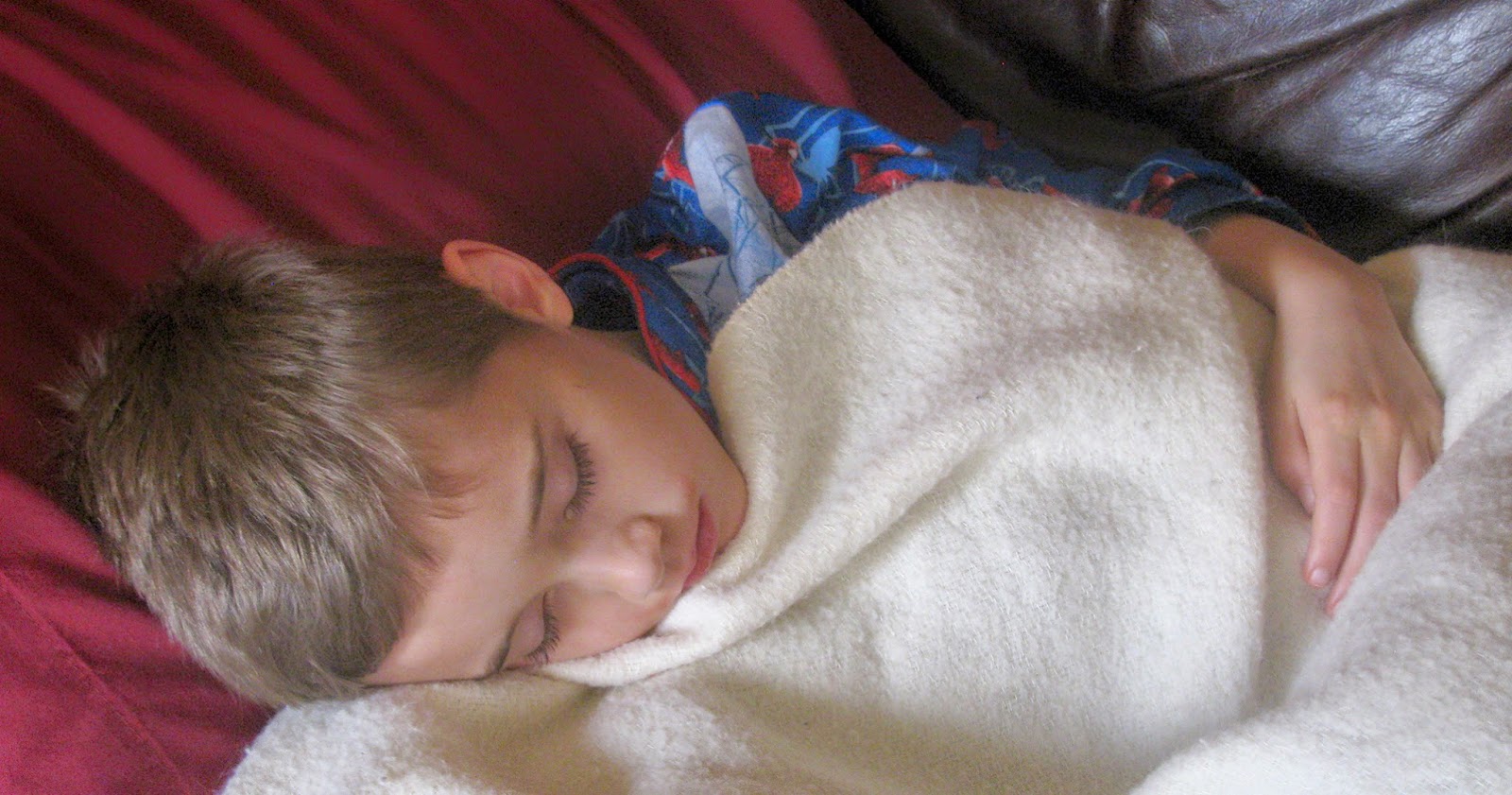 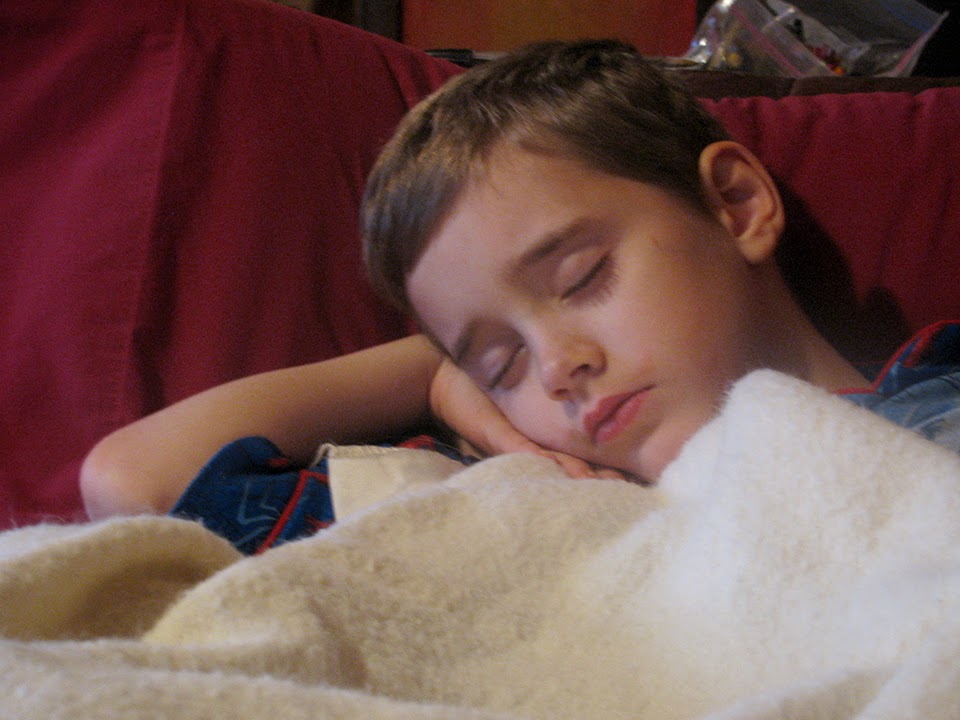 Trying to eat. Kids often do not have an appetite. I had less of an appetite, but not as limited as him. He said, "Mom the soup hurts my eyes so bad!" :( Sore eyes is one of symptoms of the flu on the 2nd day. 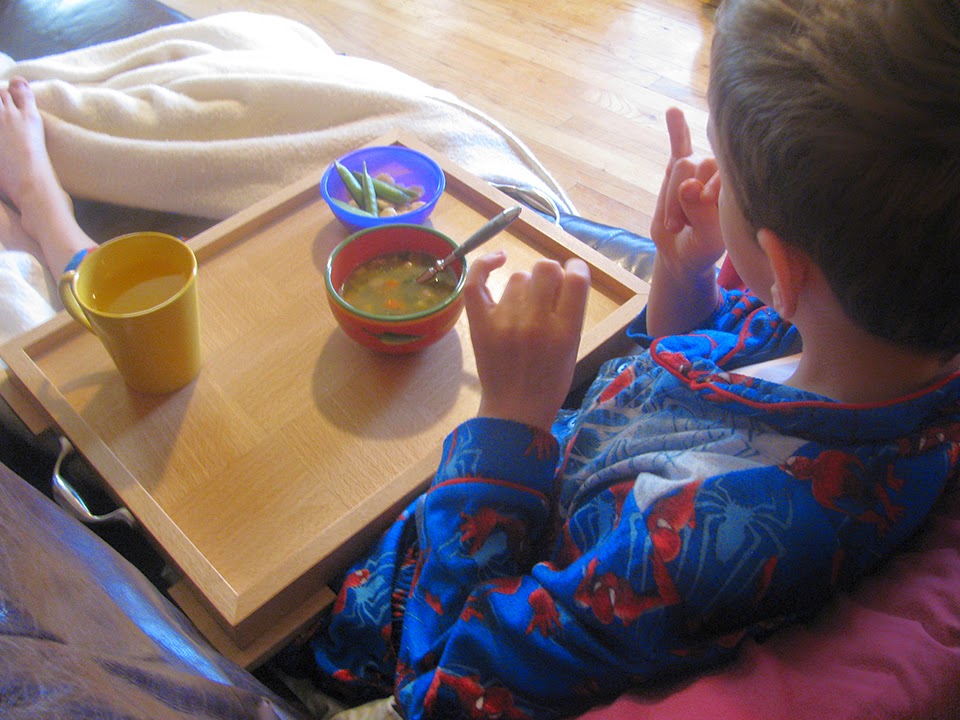 After he ate his soup crackers, snap peas, and soup he took his meds. 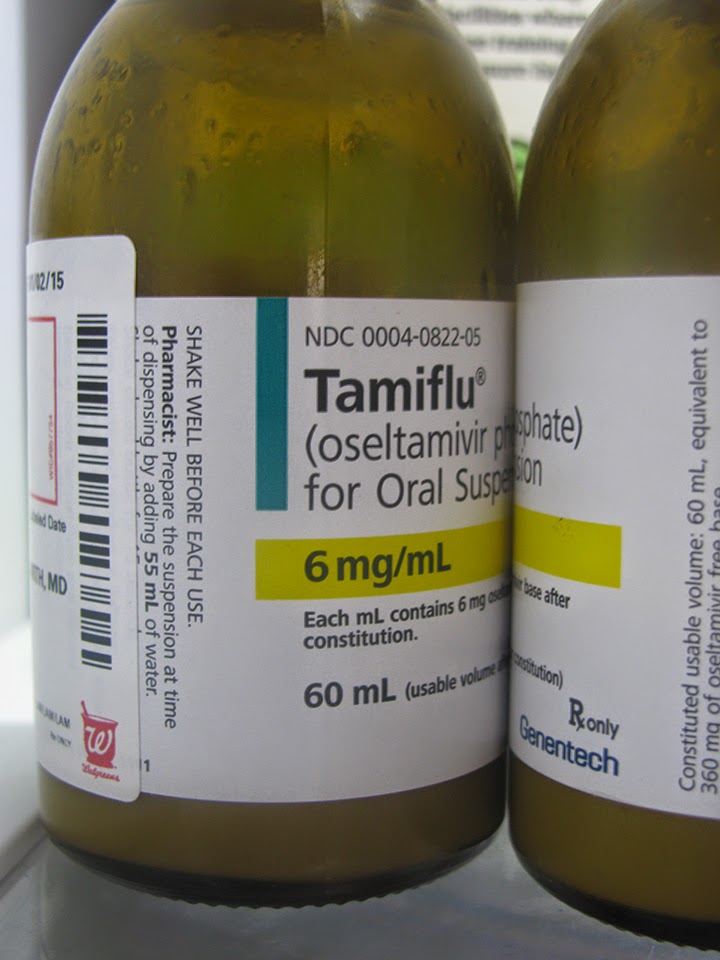 He threw up the meds. Luckily they gave us more than enough for an extra dose. If he keeps throwing up we may be in trouble! 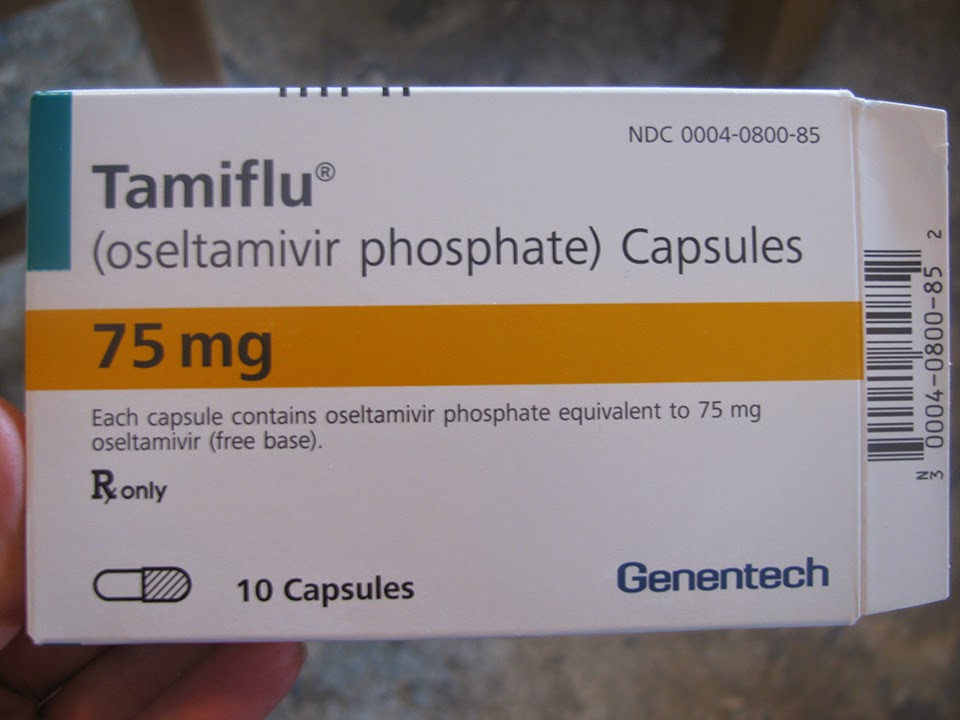 Sorry you all are still pushing through this mess! Not a great way to start off the year, for sure!

Isaak's face in that photo breaks my heart :(

I have never had the flu, so I have never gotten a flu shot. I get my kids the nasal vaccine, though.

I just got over the flu. I think this is the sickest I have been in over 20 some years. Hope you get over this crap.... It sure was rough.

I know that you hate when the kids get sick. I do too. :( Here's to feeling better soon!

I have heard from many people that the flu is horrible! I am hoping that the flu shot works for us this year. It is so sad to hear about someone especially a child who dies from the flu. But hope you all recover very soon!
twinkle at optonline dot net

So sad to hear about that little girl. Hope everyone in your family feels better soon. Our local hospital has visiting restrictions in place due to a flu outbreak.

Hope everyone will get better soon. It's also the flu season over here - it has been raining for months.

I didn't know that eye pain was a symptom! That little tray on his lap with the snacks he could muster up enough energy to eat is the cutest. Poor boy and poor momma. Hope you feel better soon.

I had it in 1999. I remember the sore eyes. I had 103.5 fever too. It was miserable. I got Tamiflu, but started it a little late. Hope you all feel better soon!

I hope you are on the way to recovery. Came back from a trip and had it coming out both ends....feel for you :(

Ugh! So sorry you are going through this! Hope you all are better soon!

I know how hard it can be...flu is really annoying! Hope everyone is up and about soon...GWS..

Poor things...
Hope everyone is back to normal now...
This is nothing to mess around with.
Broxton was showing sympotoms of it all, so I took him in... No flu. No strep. Just a NASTY COUGH/COLD.
OTC meds and he was back to normal...

Oh, man! I feel your pain. Hope you are all feeling better.