Yesterday I had a cough. I didn't think much of it. I mean I took the tree down the night before, and cleaned in spots that don't get cleaned as much - like behind the TV stand. With my allergies coughing is normal.

I met with two of my old friends for lunch.

After that moment things got worse. Then I felt bad exposing my friends, and their children to my germs.

Last evening we watched Night at the Museum - Battle of the Smithsonian and Grease thanks to the Omaha Public Library! For the record in Grease they do have 2 questionable parts for kids like talking about hickeys, and making out in a car. Also for the record as a kid I remember none of this. It went over my head then. I know my boys don't have a clue what "hickeys" are. I'd like to keep it that way for now.

On with the story - I couldn't even sing to Grease. Let me tell you I know the words to every song. The extension of my sickness came on me like a bat out of hell. I got the shivers, and my body ached so bad! I called Grandma to tell her I won't be able to celebrate "Christmas" with my family tomorrow (which is today now). My sister's whole family was sick at Christmas time.

Grandma said, "Call your doctor right away. Get on Tamiflu." I reluctantly called their answering service, they transferred me to an on call nurse. She wouldn't call anything in until I saw someone. Dad called Urgent Care down the street that has a one star rating. I was out of choices. It was 7:50 on New Years Eve.

They said, "We'll see her if she gets here in 5 minutes." Out of the house I go with flannel pjs on. I was lucky enough to slip a bra on. Sorry for the (too much information bit). You get the point.

It was the last day I could use my insurance card. My new insurance was accepted, but I don't have a card yet.

It took them awhile to see me. The lady had me fill out paper work even though I'd seen them before. Then they switched my chart with someone else. That got resolved really fast. I could see why they have a 1 star rating.

The test came up negative for Influenza, but they are treating me for it anyhow. The doctor said, "The test is only right 70% of the time. You are on day one. Day one usually doesn't come up positive." Off I went to pick up my meds.

I've been washing clothes like crazy. Dad slept on our clean bed that he made, and I slept on the couch (since I was resting there before going to Urgent Care).

I know I have Influenza despite what the test said. I was feverish last night, I had chills, I was aching all over, I had a dry cough, I was around someone at work that left and was off of work for 2 days that shared the same symptoms, and today my eyes ache, and I'm coughing up stuff.

I came home expecting my boys to be asleep. Nope! They were wide awake. Isaak fell asleep at 10, and Mica blinked heavily from 8:30 to 11:15.

Daddy was sipping on wine and said, "Oh come on let them stay up." I didn't have the energy to argue. When the boys stay up they are grumpy the next day, and fight more than normal. 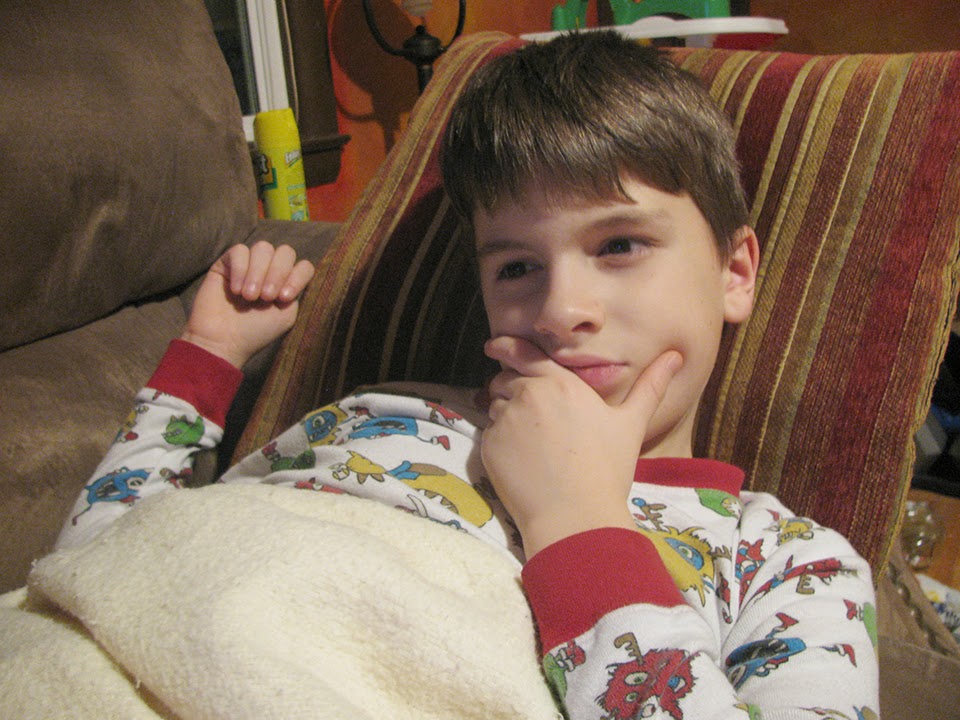 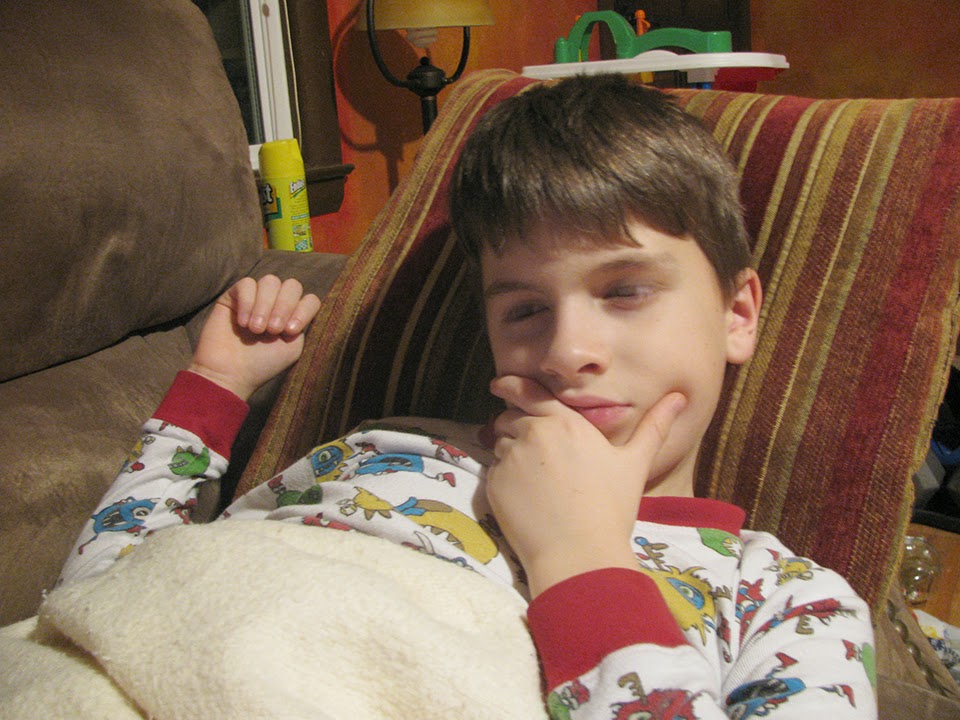 So far 2015 isn't nice. I'm hoping for a better year as we get a little more into the year.

Sorry you're so sick. Here's hoping you kick it quick.

Sorry you got sick! I hope you start feeling better soon.

I hope you will get well soon...I have runny nose all the time because of the cold but I manage ..chemo really ruins my immune system..take care Alissa..

Awe! Sorry you are sick. I was all last week. Today is the first day I am feeling almost normal. I did end up sleeping in until 10:30 today and about died when I saw the clock. I couldn't believe Jason let me stay in bed that long, but he insisted I probably needed the rest, and I actually think he was right!

I am sure you have got to be feeling better by now. My Hubs had it on Christmas day too. I got it a few days later.

The Tamiflu knocked it out of Broxton when he had it... Talk about feeling like a bad mom...
this year, he got the shot and we are hoping it keeps it away from him... LOTS of sick kids at school