The day before surgery
He doesn't look so happy now. 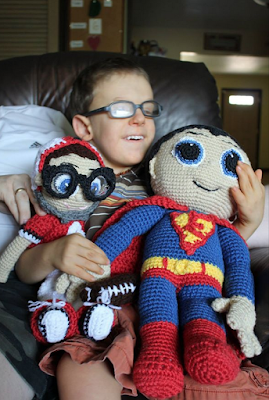 He is getting so grown. Lol, funny about the singing as we just had a similar thing happen in the car after school today.

Dexter was an amazing show! Hands down, our favorite series so far. We haven't found anything that compares yet.

Hope Emerson is feeling better soon! I do love his stuffies!

I have never seen Dexter, but heard great things. It's on our list to watch on Netflix.

My hubby is a big fan of Dexter...and he finished all those series..
Great photos at the zoo you got there..#1 in the world? Wooow..
All the best for Eemrson..I hope he's getting better :)

Score on the zoo membership! It is a great zoo - I have been there before.

You asked about the Thomas Jefferson costume - I think it could pass, however, I think they had one specific to TJ on the site. If you haven't done a review for them before and want a link, just email me and I'll share :-)

Good for you for winning a one year membership to your zoo. Zoos are kind of expensive

I just said a prayer for Emerson. Hope he's feeling better.
How awesome that you won zoo admission!
When my mom was diagnosed with cancer, it was devastating to me. So I have empathy for that girl in your class.