WW: Back in Time {Linky}

I made a quick decision to head to Werner Park in Omaha, Nebraska. Alamo Drafthouse Cinema is on a mission to save 35MM film. They want the younger generation to love classic films. I do to. :)

What did they show? Back to the Future. Did you realize that, that movie is 30 years old? It makes me feel ancient.

The film was show in the parking lot. I rained that morning, and they wanted to show it in the ball fields, but were afraid it would be too muddy. It was cold! It was the first fall like evening I was outside.

They had people dressed up like movie characters running around with Save the Clock Tower fliers. The main guy introducing everything had a Marty vest or life jacket on. 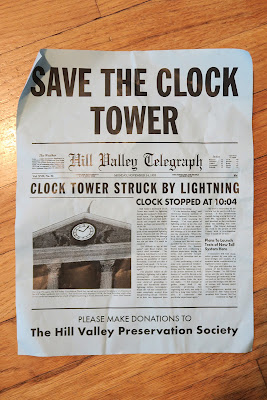 In the back there was a full sized DeLorean. 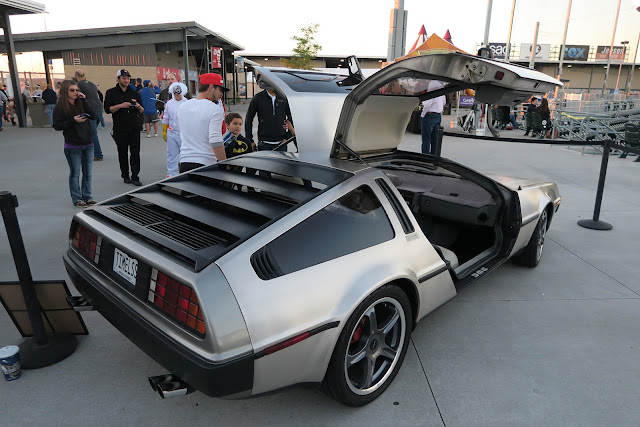 They served cake. I've seen the movie so many times, and that part never clicked. Joey is Marty's Uncle. He's supposed to get out of jail, so they have a cake for him. He never gets out. When Marty goes back in time he sees his Uncle Joey for the first time as a baby in a play pin. Marty leans into him and says, "So you're my uncle Joey. Better get used to these bars kid." 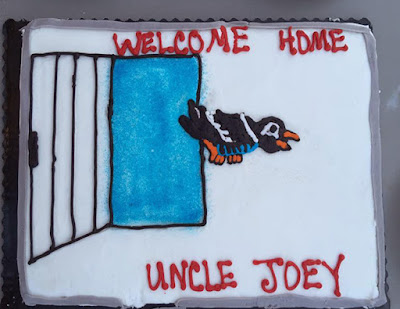 They also gave out glow sticks, plastic guitars, threw t-shirts out into the audience (my husband and nephew both caught one). 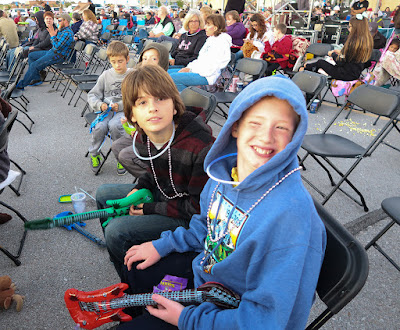 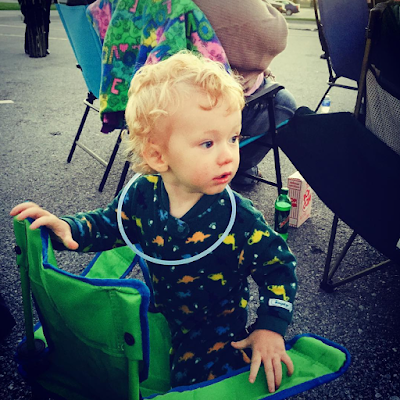 The projector worked for the pre-show stuff. They had a contest between 4 people to see who could play the air guitar the best during Johnny B. Goode. 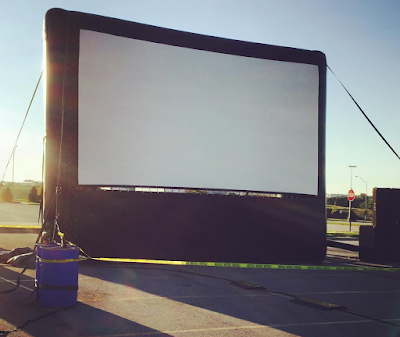 Then when they were about to put the movie on, there was a few technical difficulties. They actually had to switch out projectors. I felt for them. All this was free. Tons of people were waiting to see the movie. I've had my fair share of technical difficulties in the past. They were dealing with it in the dark. They did get it up and working. YAY!

They had key lyrics pop up during the movie, so the audience could read them, and sing to them. I heard a lot of shhhing when it came to the word sh*t being on the screen. LOL I kept looking over and Mica was cracking up when he was saying the lyrics. He played his air guitar every time Marty played. 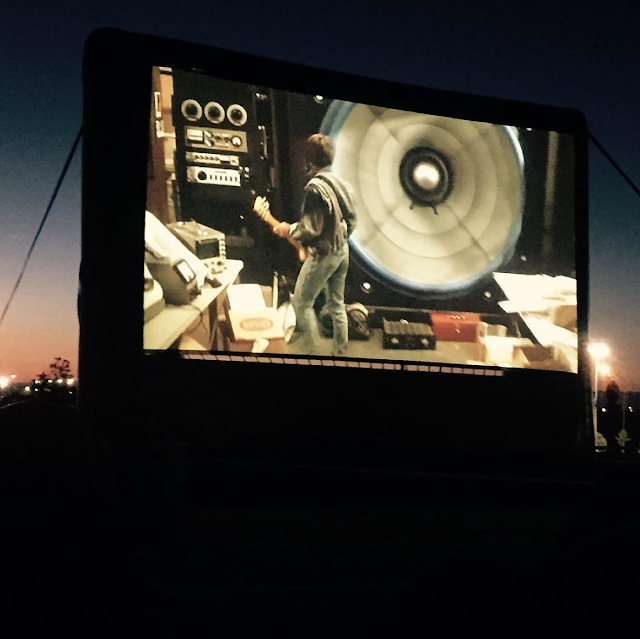 My boys didn't know that this is what they were watching. They figured it out with all the pre-show stuff. They were super excited. Mica in particular is a huge fan of the series.

If you could choose would you go back in time, or forward into the future?

Email ThisBlogThis!Share to TwitterShare to FacebookShare to Pinterest
Labels: Alamo Drafthouse Cinema, Back to the Future, nebraska, omaha, Werner Park

Such a fantastic event!! Can't believe the show has been out for 30 years already... that's nearly as old as me!!! ;p

Great event and the DeLorean is great!

I feel so old now :( lol. I did love that film back in the day. So cool your boys enjoyed it too!

I remember the movie well. What a great thing to go to. My 18 year old son quotes the movie a lot because in movie they say that the Chicago Cubs will win the World Series in 2015.

That is so cool!

That is fun, but when did Back to the Future become a classic? I think Casablanca is a classic.

Wow! What what a fun event for all. My boys would LOVE this, they've both seen the movie a few times. Hard to believe this is 30 years old. Yikes!

What a fun event! I have the series which I got at a thrift store but we haven't let the boys watch it yet because of language.

Ok, that is all just seriously cool! What a fun time!

Oh wow, such a great event :) I would love to see one of these cars!

I love classic movie...and looks like you are having a great time :)

OMG 30 years old!!! Now I feel old, I feel old that it is now known as a classic movie! x #wordlesswednesday

I don't think I have ever seen this movie. I have seen bits and pieces, but not the movie in it's entirety.

My husband is a huge Back to the Future fan.
Looks like it was a fun event, even with the technical difficulties.