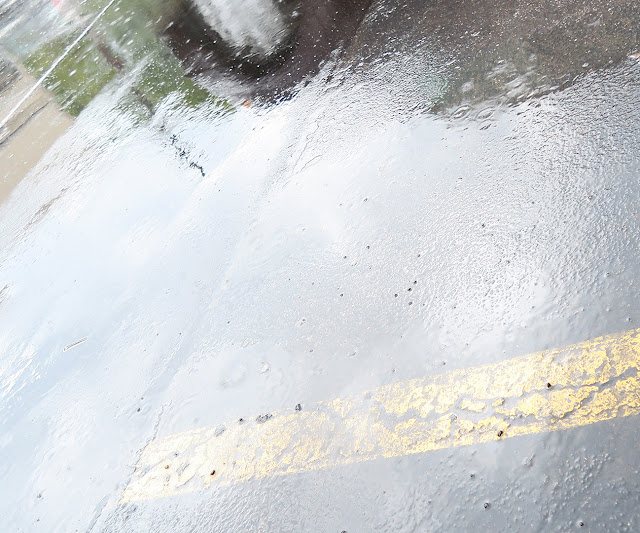 I really don't mind the rain. Well I do mind that my office ceiling leaks, and it's been "fixed" about 15 times. We've had rain the last 6 days, and it's still raining.

Our airport received 5.25 inches by 5 pm yesterday, breaking the previous record for this date of 1.97 inches set in 1977. It was also the sixth highest daily rainfall of all time in Omaha. The most ever recorded was the 6.46 inches that fell on August 7, 1999.

We're not having flooding problems, but others are. Not too far from us in Council Bluffs, some Iowa schools had to close because it's a flood plain.

Car after car is getting stuck in the muck.

Approximately seven inches of rain fell in Council Bluffs overnight. Streets were filled with water Wednesday, parking lots along were swamped. Some tree limbs were down and they took power lines with them.

Where I live in Omaha it's just been raining and raining. On Tuesday hail came with the rain.

Yesterday I had a major assignment due. The students were on panic mode because it was raining. How could they possibly get it done on time when they have to spray their projects outside? We opened up a door in the school garage for them to use. I still had a low number of students that turned the project in. I think everyone is just off from the weather.

What has the weather been like where you live?

So, what happens to the ones that did not turn in their project on time?

I love rain in moderation. Right now it's been amazing. Temps around 75 with a nice breeze. Wish it would stay like this forever!

It's been picture perfect here. I am sure the rain will make its way here eventually.