What’s One Thing That Society Insists You Do That You Can’t Stand?

Again I'm answering the Question of the Month from the blog A Life Examined.

The question this month is, What’s One Five Thing(s) That Society Insists You Do That You Can’t Stand?

There are some things that come to mind:

Elbows off the table!

I don't care if the person in front of me has their elbows on the table, or not. If you are a Table Nazi, you'd hate eating at my house. I don't eat with my mouth open, belch, throw food, or slurp. Sometimes if food looks like it would be better sooted for finger eating, I'll eat it that way. If I can cut my meat with my fork instead of my knife I'll do so. Then I don't have to dirty a knife.

I eat more like Julia Roberts in Pretty Woman before she meets Richard Gere. Except I do know the difference between a salad fork and a dinner fork. At home we have salad forks and dinner forks, but use them both for eating whatever.


Fill in the circle.

The US wants to test our children to gage how smart they are, by enforcing them to take timed tests. Yet we make our children fill in bubbles. If a child circles an answer, checks it, or puts an X through the answer to indicate that, that is the answer, they could get that question wrong because the stupid circle wasn't filled in. It takes a lot longer to fill in a circle, then it does to circle, check, or put an X on the answer. When time is of essence, it's so ridiculous!

Travis told Mica about this and said, "Here in the US we have bullshit ways of doing things. You might as well get used to filling in the circle son."

Oh it makes it easier for the person that's grading the test. Bullshit!

How about we teach kids to double check their work instead of focus on how fast they can think, and fill in a stupid circle?


Color inside the lines!

I get it. It forces kids to be neat, and builds up those fine motor skills. You mean to tell me that all famous artists painted inside the lines? Many of them started out that way, then abandoned that to become more free, and playful with their work. Teachers, and parents should say what they want out of something. Instead of, "Color inside the lines." Say, "For this exercise I want you to color inside the lines, so we can practice how neat you can be. Next week you can color whatever way you want."


Don't speak unless you are spoken to.

I'm a random thought kind of person. I blurt out what I think at times. I get in a classroom environment that kids shouldn't talk all the time, or there would be chaos. At other times it's just plain silly to get mad at a child if they speak when they aren't spoken to first. We're training them to be free thinkers, to excel in life, and dream big. We also want them to not talk unless we give them permission? That's contradictory. How are they suppose to learn if they don't ask questions, or share what's on their mind? Yes kids should be respectful, but they should also be free to express their feelings, and talk. Otherwise we're not respecting them, which is teaching them lack of respect for others. They learn by watching. There are times when I say, "I'm sorry I was talking. Can you say what's on your mind later?" My kids better respect that. Isaak sometimes gets annoyed with me because he forgets what he was going to say. They don't get in trouble for talking otherwise. 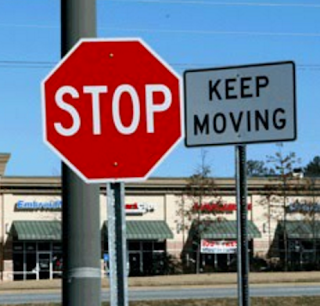 This isn't something I'm expected to do. It is something factory workers are expected to do. Fill bags, boxes, and containers only part of the way. Business owners: I'll pay more, I promise if you loose the waisted packaging.

Rants are done. What’s one, or five thing(s) that society insists you do that you can’t stand?
Posted by An Apel a Day at 6:02 AM

Email ThisBlogThis!Share to TwitterShare to FacebookShare to Pinterest
Labels: Color Inside the Line, Elbows Off the Table, Fill in the Circle, packaging, Society

First of all, first time visitor! Love your header. It made me chuckle. And boy do I hear you about those STUPID tests. I was one of those who suffered from test anxiety to begin with, and those stupid bubble sheets? That only made it worse. I got distracted by the letters and mind games like "I've answered C for the last three questions, so it can't be C again. What if they're going in a diagonal order? What mental game is the test creator playing?"

Hey, but while we're on the filling in of circle... how about we just get rid of all these standarized tests? And actually teach kids instead of just for a test? That would be nice.

I have like no table manners though, so I feel ya. It used to drive my parents crazy, putting my elbows on the table. Reaching over other's plates. Talking, blah blah.

I think most people have moved past the don't speak unless spoken to. Right? I hope...

I hated scantrons. Lol
Agree with you on packaging too, drives me nuts.

When my daughter showed an aptitude for painting when she was in elementary school, I let her paint on a half wall by our front door. She copied Van Gogh's Yellow Bedroom and Starry Night. She was drawing Frank Lloyd Wright's Falling Water in pencil (we had visited there) when X got fired, and we had to paint over the wall to sell the house. It still stabs me in the heart.

That was inspirational. I love it when we challenge kids to become the leaders of the future.

Instead of worrying about the circle, let's just ditch all those stupid standardized tests.....they are beyond ridiculous.

Too many things to count. That's why I live on a mountain top in the middle of a forest.

You made me smile. I agree about the elbows thing. Maybe that rule was made when tables were small and crowded because families were so large.
As far as fill in the circle, those tests are corrected by machines that's why checks and X's don't work.
And all that wasted packaging bugs me too. I hate when I buy something and the box or bag is only half full.