Back in May I went to a camp event that was sponsored by the boy's school district. A whole bunch of camps had tables to sign up for them.

It was really helpful.

One form I filled out was for Banister's Leadership Academy. This was a camp not everyone could get into. They said it is difficult to get into actually. The cost is free. The camp is Saturday evenings. I was beginning to think that the boys didn't get in. It was well into June before we got a letter from them. When the letter came in the mail it wasn't clear what the camp was about. There was an orientation, so we went to check it out.

Disciplinary Action: They send the kids to a timeout, and discuss both sides of what happened, and why they are in trouble. They always have a progress report for every kid at the end of the night.

Where it is: It's at Omaha Home for Boys. The kids are locked in to ensure their safety.

What They do: They start off with games like UNO, Chess, and more. Then they have Pizza Hut. Later they do a leadership activity, which changes every night. Lastly they go to the Rec Room to play pool, air hockey, foosball, and in the gym they can play basketball.

I admit I was nervous the first time I dropped them off. They didn't know anyone, and I knew they'd be getting done so very late. As soon as Chess was pulled out I knew they were good.

When we picked up the kids the first time they were all sweaty. They played hard! They were super talkative about everything they did. I guess Mica was the one that got the "I" word right after going to just one session = Integrity.

The next day Isaak was upset that it wasn't camp day again. They are used to camp days that are in a row. Mica said, "Mom I think it's funny that they call each other homies instead of friends there." It is primarily African Americans that go there. The camp leaders talked about it being diverse. I think my kids make up that diversity. I'm really glad that they are there. They love it so far!

I came to the realization how divided our wanna be big city really is with the color of skin. It's sad. I drove to the next camp mentioned below, and it was full of caucasians. Why? Because of the part of town it was in. That camp costs money to. We really teach our kids racism.

I've been listening to the educator Jane Elliot, and I love how she teaches about racism. It's harsh, but needed in my opinion. If you've never watched any videos with her I really hope you do. Just type her name in YouTube, and she'll come up. She separates elementary kids, and college kids in the classroom by eye color. When kids are told they are stupid, or not pretty their test scores go down. As harsh as it is, I wish every classroom went through her study.

The other camp the boys just went to was Camp Zorinsky. That ran all last week. It's an outdoor day camp. It's a ways away, so I felt like I was driving a lot that week! We got there early many days because I didn't know how long it would take to get there. Photo opportunities I guess. 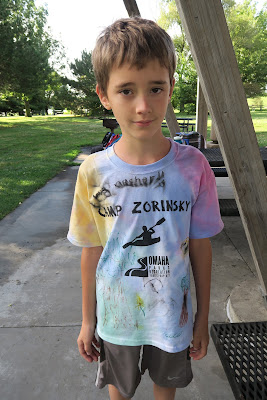 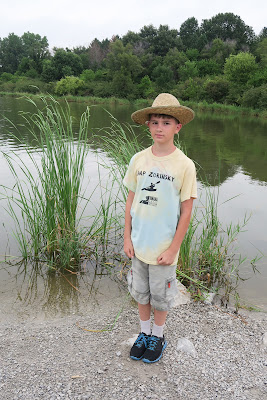 They went over:
Canoeing: Mica quickly learned that, that is a group activity. This was the first for the boys. 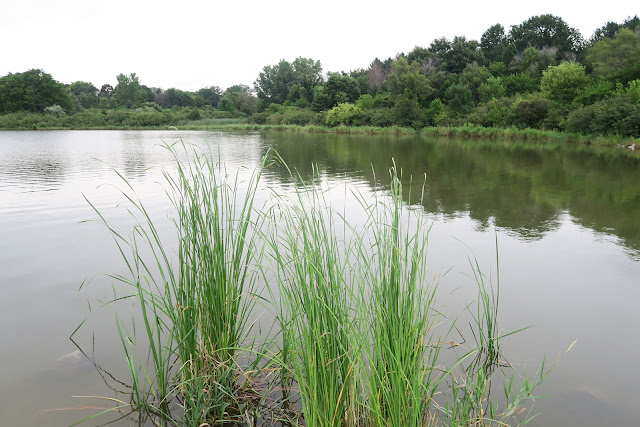 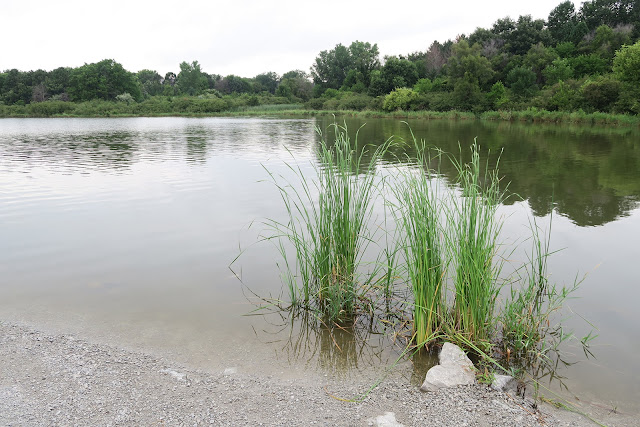 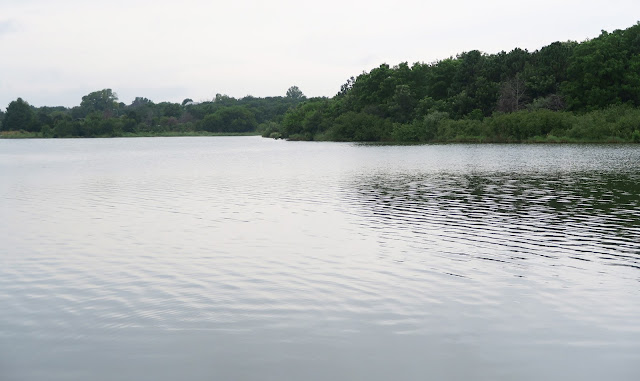 Fishing: Isaak caught 3. He was so excited. Mica didn't catch anything. They practice Catch and Release. This was the first for the boys. 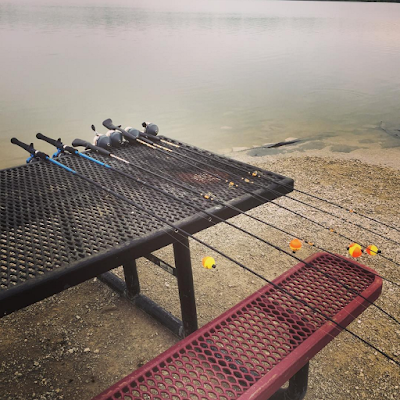 Archery: They've both done that before and have loved it.

Swimming: There was a mishap. Isaak dived in a spot where it was too shallow. He says he was told he could dive. Boom he scraped his nose. I'm so glad it wasn't worse. It could have been bad. We had a few talks about pool safety. I'm putting that in a category of crap happens. I'm not playing the blame game. 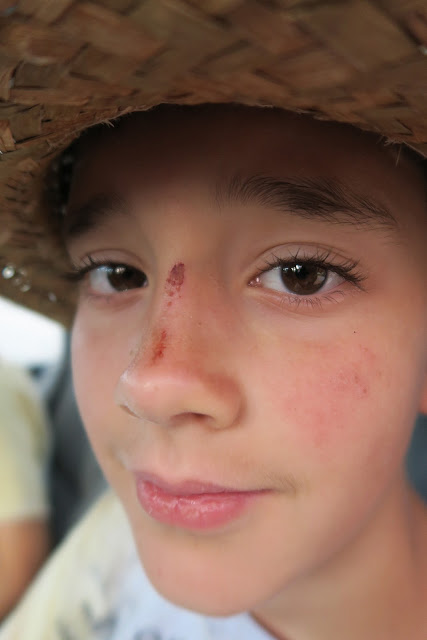 Nature Hikes: Both boys got really sunburnt during this camp. There are less trees, and more lake at this place. Kids lack on reapplying sunscreen, and moved to applying aloe vera gel. Mica's ears blistered up, and I felt bad for Isaak's poor nose with the scrape and a sunburn. They had to wear hats. These are the only hats they have that cover their ears. They look like rice farmers. 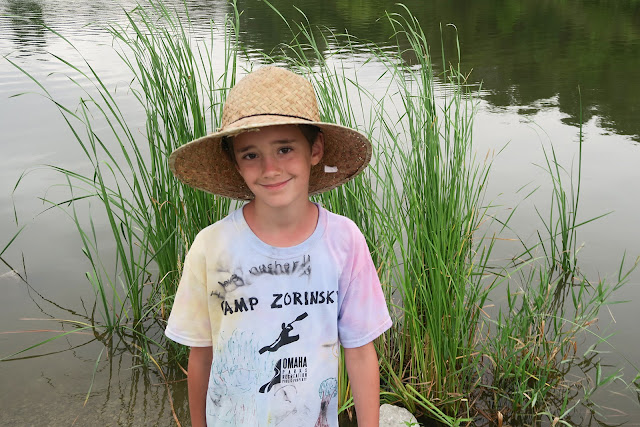 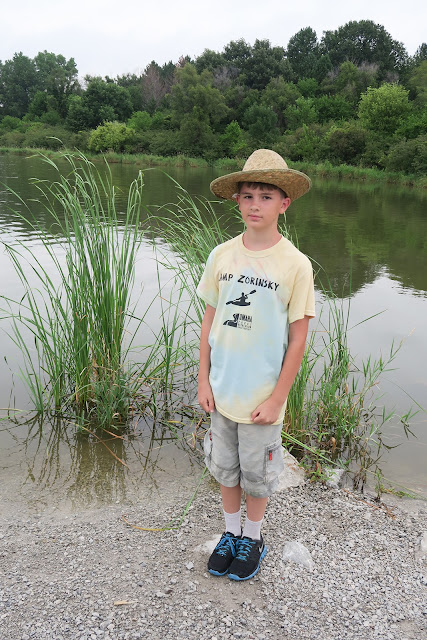 Camp Songs: Are always at the end. I get to hear the boys sing them all week. Lucky me. 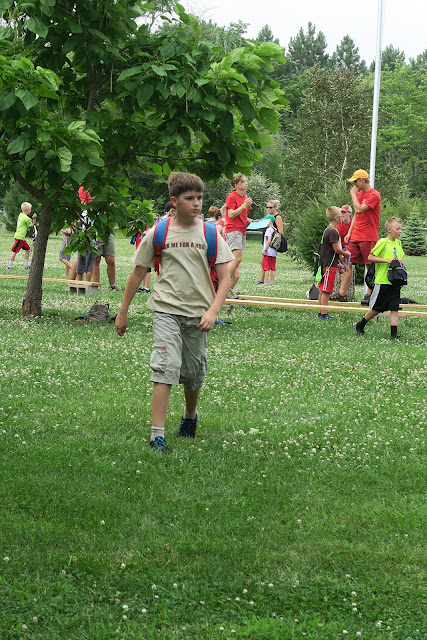 I told you Isaak doesn't like his picture being taken. HA! 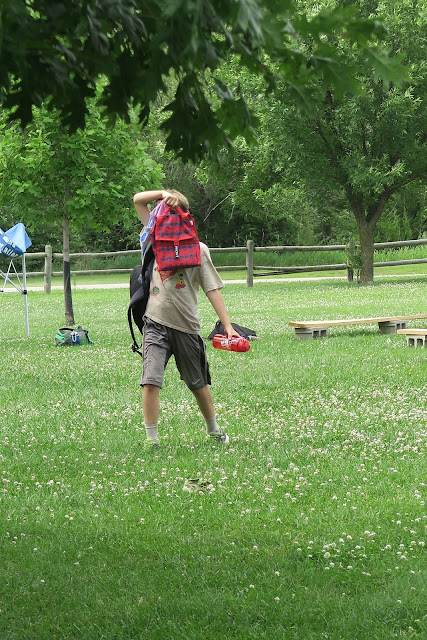 Sounds like your boys found some neat camps this summer! Glad they're enjoying them.

It's great that the boys seem to be enjoying camp. Yikes with the few mishaps, but overall, seems like it's a great summer for both of them.

So fun to attend so many camps and meet so many new people!! We don't really have a fun camp culture here.. if anything, the camps held during school hols are mostly academic kind ><"

Alissa you do an outstanding job of teaching your children the right way to live. As a former educator at their age level, I am not comfortable with letting someone indoctrinate the children, even if the basic premise sounds good on the face of it. I don't trust someone like that. Too often those people have their own agenda and it might not be the same as the one they project publicly.

But I do have a lot of faith in your acumen and you are a perceptive person. So I am sure it will be ok. Just an old guy's thoughts, I've grown fond of your family you know.

I to was worried about their prospective, and talked to them about it. They bring no religion, or political views into their camp. It's just respecting one another. That I can abide by.

They are so grown!!! love that they had fun. the only "camp" around here was church camp (besides vbs) we did vbs at one church, he wasn't enjoying it, so we stopped...we did vbs at our church, he loved it. this week is basketball camp. so far its been fun for him :)

good to know you have many choices for this summer. My kids don't join on but we have a long list of activities with family and friends :)