Last Night We All Got Together as a Family

It was Aunt Angela's birthday. I know she likes tea, so I got her this by Tea Forte: 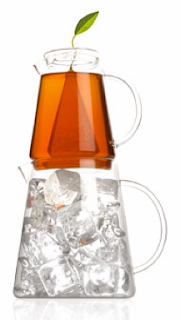 It wasn't anything she asked for, but she liked it! I thought the design was really cool. I'm a sucker for cool design and packaging!

Grandma Spiehs made enchiladas! Oh I love them. I have been making them with Greek Yogurt in replace of sour cream. Still they are yummy! I brought a salad. Not too exciting, but a good for you food. Angela made dips and the mint chocolate cake.

The young boys played really good. I was waiting for cousin Elijah to collapse! He was so tired from our faux camping experience.

I was happy to see that Cousin Emerson was doing much better! Last week was a really bad week for him! He was turning blue from his diaper area down. He is now getting rest and not turning blue! WOO HOO! I have to mention that he's a super chunk! 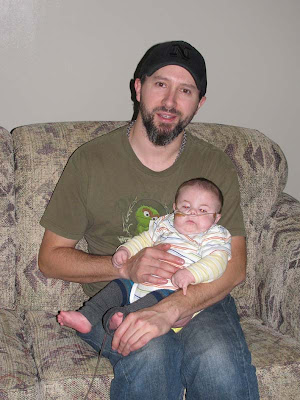 After much conversation, eating, playing and hanging out it was time to head for home.
Posted by An Apel a Day at 3:29 PM

I'm so glad he is doing better. I haven't gotten the card out yet, but will soon. Hugs!