My son Mica loves Indiana Jones. For his 9th birthday party along with the other birthdays close to his, I made an Indie poster. Mica is Indie, my sister Terra is Willie Scott, and my husband Travis is Short Round. 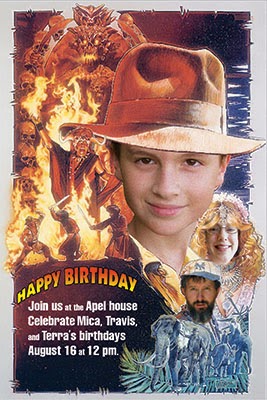 Mica got all in character. He was dressed to look just like Indiana Jones at 7 AM, when the party didn't start until 12 PM. It took a few test shots (his words) to make sure his hat was just right.

He put the movie in just to have the intro play in a loop. You could say I was sick of hearing that after 30 minutes. It did make me smile though.

As soon as my parent's got there Mica posed at the door. My Dad opened up his trap and said, "Who are you a cowboy." He just about crushed Indie's little heart.

The kids were of course playing Indiana Jones in the backyard. They were pretending Natzi's were after them.

My Aunt Becky got him an Indiana Jones book, and activity book. She was excited that she found them for a $1 each. Then she put money in the pages. Mica said, "I really am rich now." They were dollar bills. He got a few Lego sets, and some books he wanted. 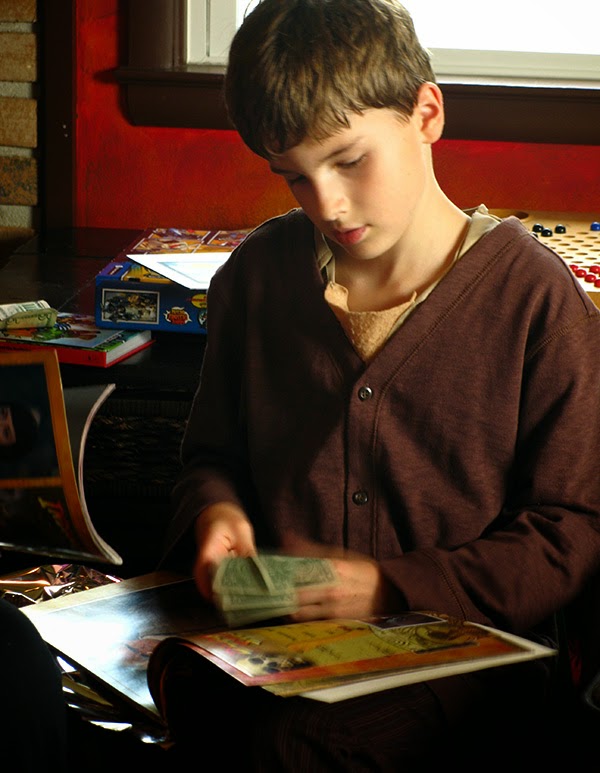 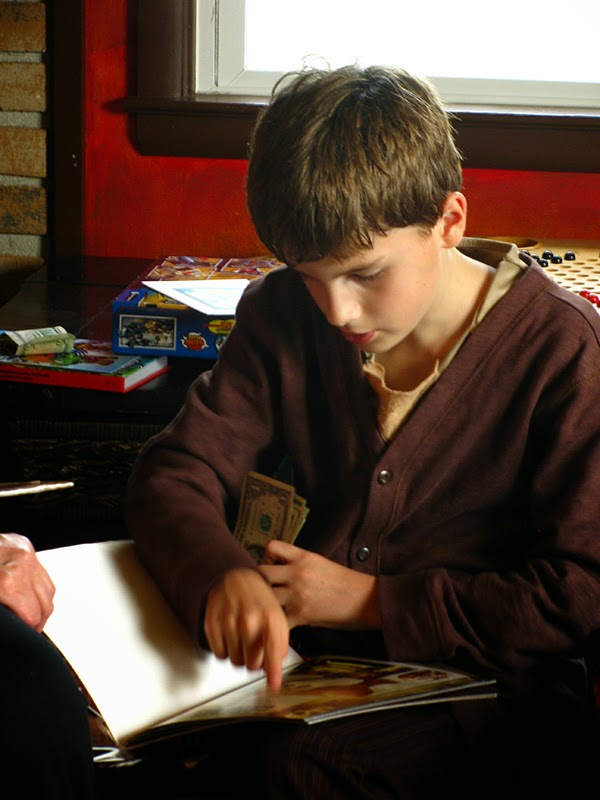 Here's part of the family: 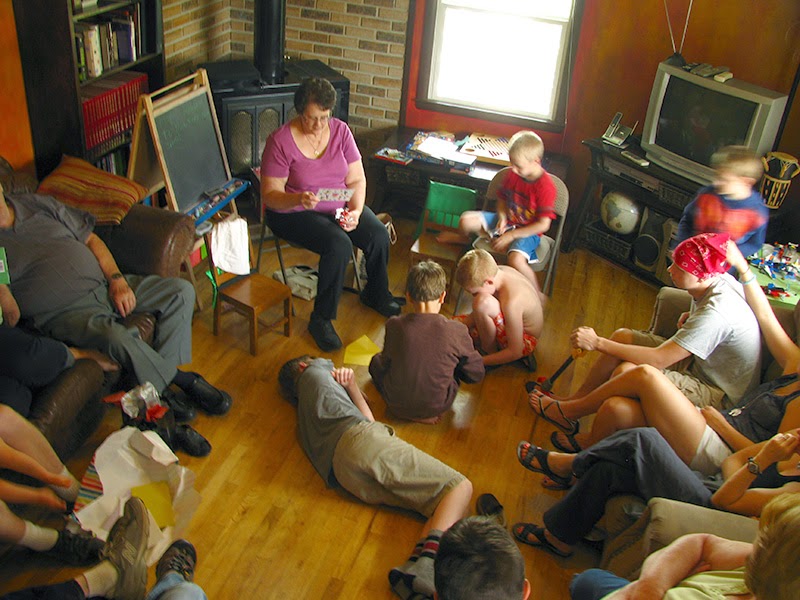 I couldn't even fit them all in the shot. My small house + 19 people = fun and chaos. It's a good thing it was warm outside. The kids ate outside, and played on the Slip n Slide.

Usually I decorate an elaborate cake with the kid's theme on it. Not this year. Mica wanted Cheese Cake. Hey less work for me. :)

This is awesome!! I used to want to be Indiana Jones when I was little. I wonder if it's too late...?

Haha brilliant love it A very Happy Birthday to him and his cast heheh!

Happy belated birthday! Please tell him that I think he does very much look like Indie with his dress-up :)

That invitation is crazy awesome! I love it.

Cool. Looks like a fun party. I bet he had such fun.

That Mica is darling. I hope he's had his cootie shot because those girls will be coming after him soon. Thanks for stopping by.

I totally love that movie poster! Mica sure makes a handsome Indie!

Such a cute outfit and invitation. He's lucky to have such a talented mama. :) Glad he had a great birthday!

I cannot wait to introduce my little boy to Indie! Looks like it was a happy party all round!

That was quite a get together. I'm glad he had a good birthday party, it's important to kids that age.

Totally original! Love it! He looked really good too! Your Poster was great! And I'm with Mika I love Cheesecake! Way ta go, Lil Dude & Happy Birthday to him!

I love it! He makes a great Indiana Jones. I love the poster too. Happy Birthday to Mica!

Super cool. Love it. I am a huge fan of Indy also.

Hahaha! Leave it to grandpa to say something like that.

And yay for cheesecake! I always wanted that on my birthday too!

What a fun party! Great invitation.

Looks like he had a great time, cool costume :-)

My favorite shot is him in the hat, although the poster is pretty cool.

Ha ha ha
This post has me wanting to talk like crazy...
I will try and be brief...
I LOVE that he Loves Indiana Jones.. Marc tried to get Broxton to watch the movie and he just was not into it.. but, he loves the character (no clue why, since he hasn't seen the movie) but the best part-- he calls him LOUISIANA JONES :)

The book with dollars in it? I might have to steal that idea this year - I sometimes find books for the boys, but then they just look disappointed with a book as the gift... I love books and luckily Broxton does too

I like his costume! He played the part well. Looks like it was a memorable birthday party.

It sounds like he had a fun party! I love the theme. Happy belated birthday to your son.

You always come up with the most fantastic ideas for your kids parties and invitations.